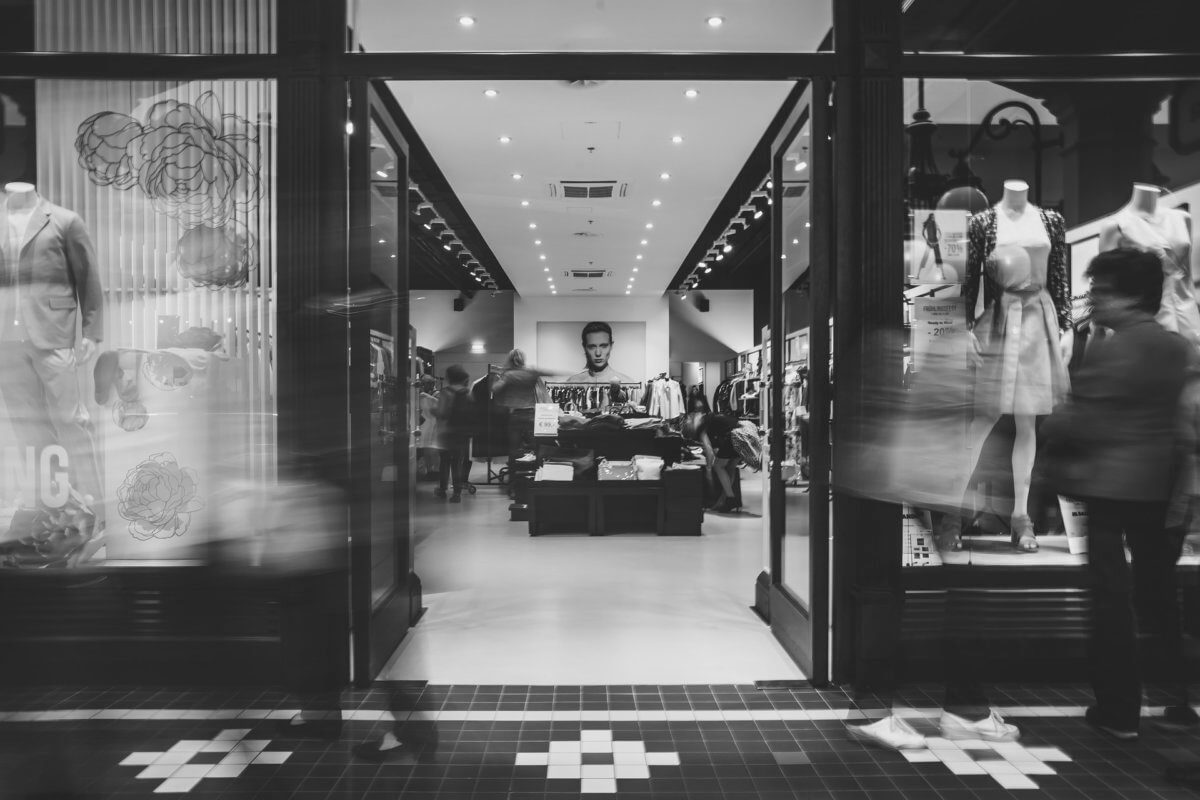 The Future of Retail

In the last few decades, there has been a noticeable trend across various markets towards online or virtual services being offered instead of (or alongside) the products they replace. Accelerated by technological innovations like the internet, physical products have become increasingly replaced by virtual equivalents: we send emails more than we write letters, we stream movies instead of buying DVDs.

In the discipline of ‘corporate sustainability’, these transformative business models are sometimes referred to as ‘Product-Service-Systems’ (PSS), and they are a point of interest for their potential to replace physical products with virtual services that meet the same consumer need without as much environmental, social, or economic cost.

For as long as this trend has been occurring, experts have wondered what the implications are for the future of retail more broadly. More than a few have suggested that shopping malls and their kind are lurching towards an inevitable death. For Australians, this might be hard to believe. One reason for that might be that companies like Amazon are not operating in anywhere near the same capacity on our shores as they do back home in the US.

As an Aussie who lived in America for many years, believe me when I say that you can get pretty much anything online, and Amazon is particularly good at enabling a couch shopping addiction. They don’t just have books, but also a five-pound iron skillet you will cook the most amazing schnitzels in, and the right size for the exact pair of shoes you couldn’t find downtown. Amazon makes it possible to get Tim Tams shipped to your flat in Atlanta, USA. It’s a beautiful, and powerful thing.

It seems right to question how long ‘brick and mortar’ shopping centres can survive competition like Amazon when it offers greater convenience and competes (often ferociously) on price. The recent past in American business is complete with stories of similar companies that failed to adapt to new and disruptive online models. One memorable, and relevant, example is:

The story of Netflix and Blockbuster

Blockbuster was a ‘bricks and mortar’ video rental empire that rose to prominence in the 1990’s. With the internet still in its infancy, and the technology required for video streaming still years away, physical stores that rented physical products was the only way people could watch the latest movies at home. This model became established over time, to the point that Blockbuster became perceived as an unstoppable juggernaut.

Then Netflix came along. An online model replaced physical stores and products. They met the same consumer needs: viewers could browse titles, pick one, and watch them – and do it all from the couch. We all know how that story ends; Netflix is thriving, and Blockbuster is a Wikipedia article. However, the story isn’t quite that simple, of course. Netflix didn’t dethrone Blockbuster just because it offered video streaming, in fact, that’s probably not the main reason why.

Netflix’s business model was improved even further by providing subscriptions instead of a rental system. Importantly, those rental systems came with fines, which Blockbuster heavily relied on for revenue. If you ever wondered why Patrick Bateman in American Psycho keeps ranting about the need to return some videotapes, it’s because those fines were enough to terrify even a complete sociopath. Netflix would have probably overtaken Blockbuster even if it changed nothing else.

From a sustainability perspective, the Netflix story is an interesting one too – with an unexpected twist. Netflix’s service resembles principles expressed in ideas like PSS, and ‘Natural Capitalism’ that focus on replacing goods with services: providing illumination instead of selling light bulbs. Netflix is quite aware of this and claims their model provides significant benefits to sustainability, citing reductions in energy use and greenhouse gas emissions. Mainstream media pundits have praised this ‘green shift’ or ‘Netflixification’ as a more sustainable model.A Life Cycle Analysis (LCA) is useful for interpreting and evaluating these claims like any Thought Leader would want to. An LCA is essentially a running tally of the ecological impacts involved in a product across its entire life cycle, including (but not limited to) design, manufacture, distribution, storage, use, and end of life (as waste or recycling). Getting this into a level of detail on a single product is quite difficult. Even Coca Cola struggled to provide a full LCA on a can of diet coke.

Researchers at the University of Massachusetts bravely attempted an LCA for Netflix and Blockbuster, and the results are surprising (See: ‘Shipping to Streaming: Is this shift green?’). Despite Netflix’s claims, often parroted in the mainstream media, the carbon footprint of streaming is twice that of rental models, and only reduces energy use by around 20 per cent. For it to be a distinct improvement, much work is yet to be done improving the underlying infrastructure of the internet that delivers streaming video. This is a collective challenge for Netflix, other online companies and even us consumers too – the internet is a shared resource we all use in different ways.

Rather than binary thinking where online is good/successful, and physical is bad/doomed, perhaps the story of how businesses thrive (and achieve sustainability along the way) is more complicated. Netflix disrupted Blockbuster by improving its overall model, and despite being online, it still has some work to do being a better corporate citizen (or it risks being disrupted itself on a long enough timeline).

The complications of these stories would suggest it’s still too tough a call to make. This isn’t just because Amazon and its kind are capable of disruptive innovation that will be difficult to predict, but also because in a place like America, the Blockbuster equivalent for shopping malls is Walmart – and they’re a unique case.

Walmart is far more of a monolith than Blockbuster ever was. The company ranks first nationally and internationally for sales and 17th in the Forbes 2000 global companies list. It employs a frightening number of Americans, (and is infamous for effectively lobbying against minimum wage increases and other employment legislation). Scanning the ‘Made in China’ labels as you wander a Walmart, the structural permanence of its model becomes even clearer. Reflecting a broader trend towards globalised economies, Walmart’s countless stores function as a distribution wing of the People’s Republic of China, playing an important role in linking American consumers to Chinese manufacturers.

These realities add complexities to the story of retail’s future, in the US but also abroad. Other innovations could have unforeseen outcomes for either side. If wearable technology (including augmented reality) becomes ubiquitous, perhaps retail can evolve into a hybrid product/service model, and offer something new and communal that online experiences can’t. Every city needs an agora after all, no? But then, Amazon is investigating how to use AI-controlled aerial drones to deliver goods, which could offer convenience that trumps our need for shopping experiences to be social. These and a thousand other considerations are the long way of way of saying that it’s really, really hard to predict the future, which you probably already knew before you started this, but thanks for reading anyway.