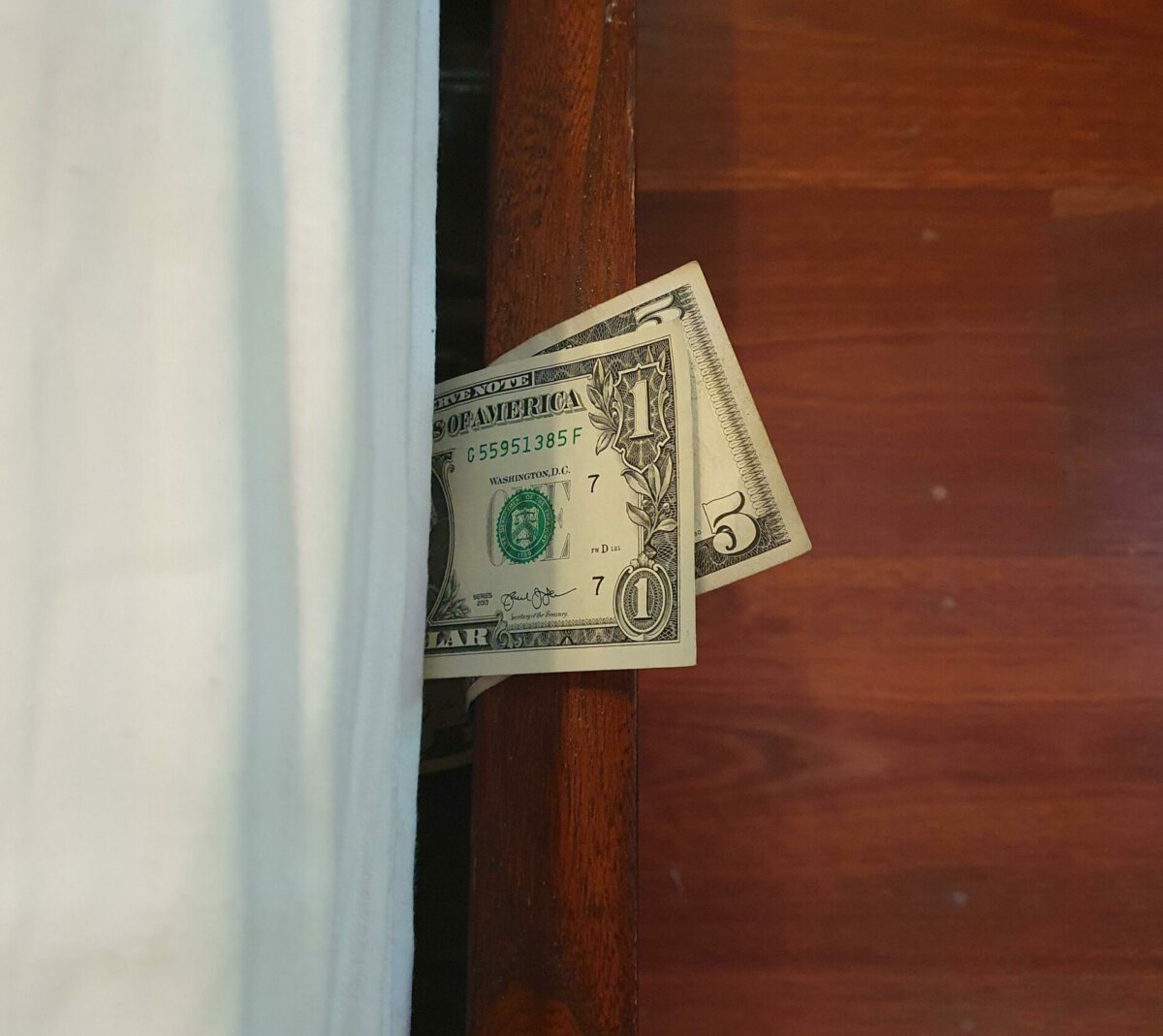 Do you ever wonder why pirates hid their booty in treasure chests, buried deep underground? Or why people in many countries still stuff their money into their mattress at night? As a bank robber in the cult Australian classic Getting Squareput it, “I don’t trust banks. People keep robbing em.”

As much as we joke about the idea now, for the majority of history, leaving your money in a bank was as risky as betting on the horses, or investing in Enron, or crossing the Clintons. Banks had a nasty tendency for going bankrupt and disappearing with your life savings. These were individual institutions that printed their own money, had no government safety net and had nothing resembling insurance to back them up. Basically, they were even worse than the big banks are  now. This was a big issue. When people bury treasure or hide their cash, money isn’t being invested in the economy. With no investment, there’s very little growth. Hence, the Dark Ages. No one is using their life savings to invent a new form of blacksmithing or to try out that new-fangled ‘steam power’ that seems to be all the rage with the youngsters. Instead, the money is in mattresses, rotting away and giving princesses a crappy night’s sleep.

But with government backing, bank-to-bank lending and Central Banks, suddenly it became safer to stick your hard-earned coins in the vault with everyone else. Growth explodes. Hooray, the day is saved, bring on the industrial revolution and black lung! But then there comes a new problem: inflation. Look, I know I’m not the history channel, but bear with me. Inflation has been around ever since cavemen started stockpiling carvings of big boobied ladies and painting cows on the walls. However, for the most part, inflation was only really a problem when there was war or famine. For the rest of the time, a dollar one year was a dollar the next, and the next, and so on. But with central banking and a central currency came a consistent inflation that, over the last 100 years, has averaged two percent. So now we had a safe place to store money, but that money was losing value over time.

But Lachlan, you audacious Adonis you, what about savings accounts? Don’t you get paid by the bank for that, effectively combating inflation?

I was getting to that, sudden second voice in my script. Your bank uses your money to lend out and make a profit, which is why you get paid. But when the banks can’t find anymore sheep to fleece – I mean, businesses and first-time house buyers to lend to, they lend between themselves. This is set at the Central Banks set funds rate. This all might sound confusing, but to bankers, these are the sweet, honeyed words of a poet. This system meant that everyone not only had a reason to use banks, but were now pretty much forced to. If you didn’t, you would lose money every year from inflation. Buried treasure was no longer a valid retirement plan. Banks were.

Now, you may have noticed during the recent crisis that the Central Banks around the world have been dropping their interest rates to nearly zero percent . Okay, you probably weren’t paying attention, but you did notice that your bank has reduced the amount of money they’re paying you down to roughly the square root of a fart in the wind. Those two things are connected. I can’t go into detail in this article but the reasoning behind this is to help stimulate the economy and save us all from the dreaded bat cough. But things still suck and Central Banks have already hit zero percent. What can they do now? One suggestion is to introduce negative interest rates. Again, I’ll explain why in another article, but if they do this, banks would be forced to charge negative interest rates to people keeping money in banks. In other words, they’d charge you a fee for you storing money with them. Thanks to the circular genius of the financial system, we are back to buried treasure and money in mattresses. This means, if you go back and read from word 84, taking your money out of the system, while good for you personally, would stuff the economy even further.

So, most Central Banks feel they can’t lower their rates below zero percent. Physical cash money prevents most economies from lowering their rates below 0%, because otherwise, everyone will just take their money out in cash.

Side note: It’s interesting to notice that, as interest rates started nearing zero percent, Australia and a number of other countries began preventing the withdrawal of more than $10,000 in cash on any given day. Their argument was that it’s to prevent cash being used in the black market.  You are going to hear that defence brought up a lot in the next few years.

Anyway, this zero percent problem is known as the Zero Lower Bound and many economists argue that we need to get past it to help the economy. One option would be to move away from physical money, perhaps by introducing some kind of Digital Money. Maybe the central banks could control it. Then it would be some kind of Central Bank Digital Currency (CBDC). Would you look at that? Every central bank and their dog are in talks to introduce a digital currency, with some nations like China already implementing them. So, how do you charge people for keeping their money in a bank without them just withdrawing it all? Make it digital and make it impossible to get physical cash. Then you have to keep your money in a bank.

CBDC’s are the great solution, at least in the eyes of the bankers. You aren’t going to find gold buried on your local beach anytime soon, but the time of piracy is far from over.