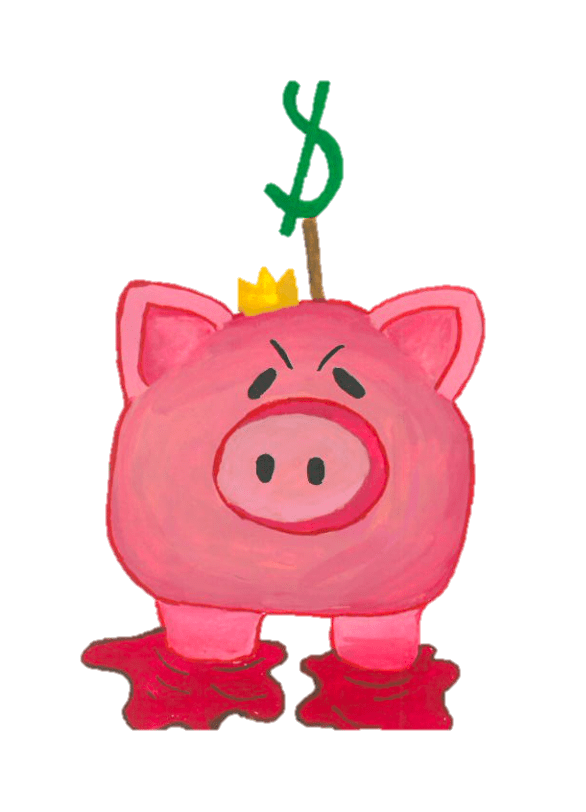 Imagine a marathon. Each country’s currency is a contestant. Most are far behind, stopping to catch their breath and grab a quick smoko break. Some have broken away into their own little pack.

Sweden’s Krona and Switzerland Franc’s are chugging along, sticking to the centre of the group to conserve energy, and keeping hydrated.

Great Britain’s Pound, on the other hand, is powering ahead confidently, if only they could stop dropping hurdles in front of themselves to trip over.

The European Union’s Euro evidently got the wrong memo and have taped all their legs together. Now they’re too busy bickering about who isn’t running fast enough to actually run.

Zimbabwe’s dollar decided to start juicing to get an edge… and ran into a brick wall.

Japan’s Yen was surging ahead of the competition and some even thought it was leading, but a while ago it blew a hamstring and has been limping along ever since.

Russia’s Rubel is a hulking behemoth of a man… with the little baby legs of Australia.

Cryptocurrencies like Bitcoin weren’t invited to the race and are at home furiously sprinting on a treadmill and live streaming their results.

And finally, the Malaysian Ringgit… is irrelevant but admit it, that’s a cool name for a currency.

That leaves the two main contenders: America’s Dollar and China’s Renminbi, also known as the Yuan.

China actually can run faster than it currently is, and many think it should. Maybe it will in the future, who knows. But for now, China has a side bet going and will make more money if it’s not in the lead, so whenever they start to pick up speed, they jam a fork into their thigh.

Now, I didn’t mention it before but America is hosting this marathon. Unbeknownst to the other runners, America pooled together all the fees that the other countries paid to enter the race and has paid Usain Bolt to run for them.

As you can imagine, this slapdash group of miscreants don’t stand a chance against Bolt. So, when it comes time to bet on the race, every punter with cash in their pockets puts their chips on America.

This is important so I will say it again. Since everyone expects Bolt to win, everyone bets on Bolt.

This is even if America (Bolt) messes up. Even if falters, no one is banking on Bolt being overtaken by the likes of baby legs Rubel.

There are two other factors to this race that makes it weird. Clearly its originator was a big Keanu Reeves fan because the track is rigged to explode if everyone drops below 50 mph. Effectively, all currencies can’t be worth $0 all at the same time. The second factor comes from the Hunger Games movies… Do you remember that scene where popular contestants are given care packages from the viewers at home to help them survive, teaching children the importance of being popular and the value of match fixing?

You see, everyone has a lot of money riding on Usain Bolt winning. Not only the viewers, but the other runners have bet that Bolt will win. So much so that the reward for winning the race is less than winning the bet on Bolt.

So if Bolt trips up (from a national financial meltdown) or leads all the runners down the wrong path (like a global financial crisis), there is always someone desperate enough to not lose their bet that they will strap a rocket to Bolt’s back (in the form of Quantitative Easing and the buying of US Bonds).

If instead Bolt decides he wants to slow down (and we’ve all seen him do it before), the rest of the runners might slow down to match him, ending up in the world’s dorkiest power walk.

Much like China hobbling themselves and keeping their economy undervalued, countries would rather have a high-valued US dollar to help with trade.

This leads to its own problem (the Triffin Dilemma) but that’s an issue for another metaphor.

So, if you’ve wondered, amidst COVID and sky-high healthcare debts and student loan debts, how the American Economy can be doing so well, just picture Usain Bolt with a rocket so big it would make Kim Jong Un blush. Just don’t Google it.