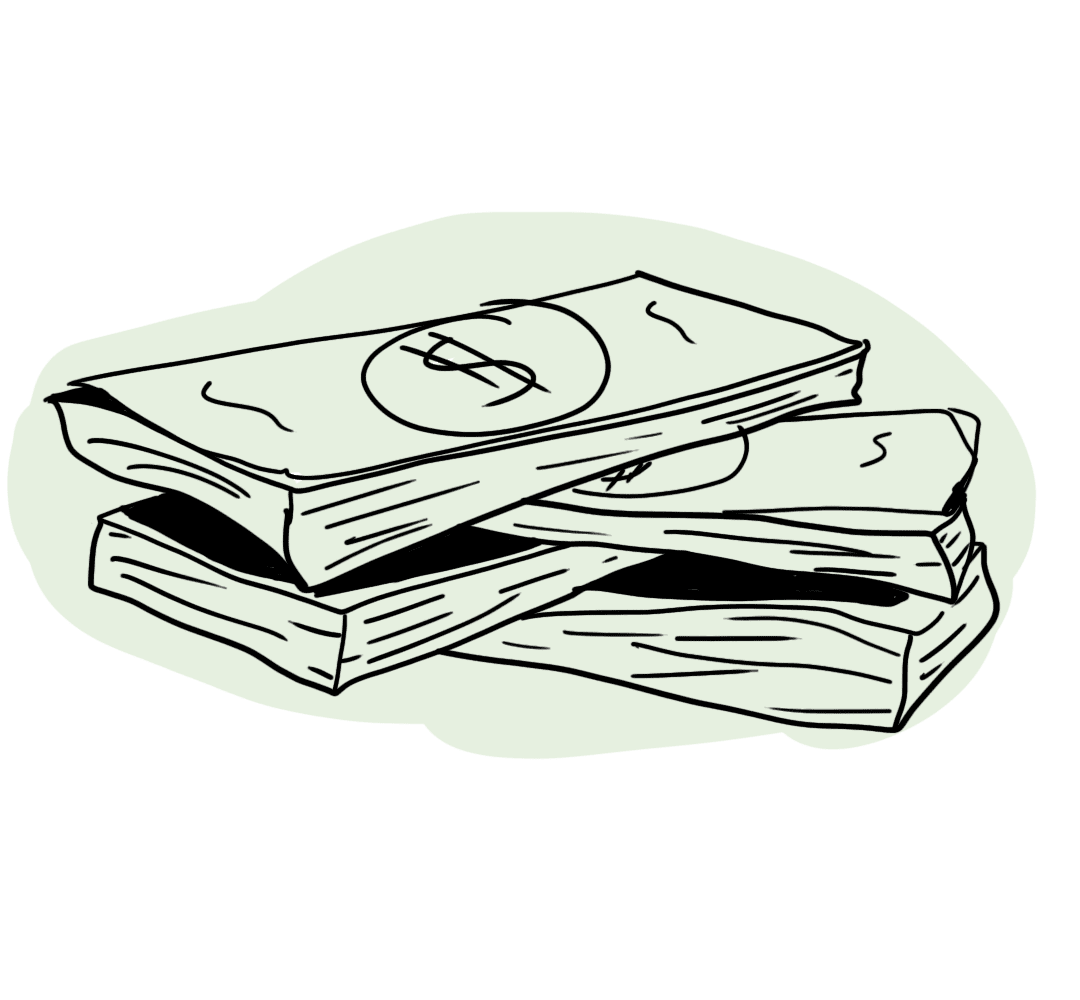 In 2009, Broadway, a London based charity, attempted a radical and novel way of dealing with homelessness. Instead of the usual offer of a hostel room, Broadway gave each of the 13 participants £3,000 of unconditional spending money. The participant’s purchases varied from gardening classes to a telephone and even a dictionary. None spent their money on alcohol, drugs or gambling. After one year the average participant had spent just under £800. After 18 months, seven of the thirteen participants were no longer homeless, with another two about to move into an apartment. All 13 participants had seen significant improvements in quality of life, with many attending rehab, reconnecting with family and making plans for the future. The most remarkable aspect about this pilot social welfare program was how much it cut costs. The city of London spends an estimated £30,000 to £50,000 per homeless person per year, on expenses such as courts, police, and social security. However, Broadway managed to substantially decrease homelessness for just six to ten percent of this cost.

There are two myths about poverty that have kept on keeping on in our modern welfare state. Firstly, that the poor can’t be trusted to make sensible financial decisions, and secondly, that free money makes people lazy and dependent. These myths are thousands of years old, with Paul the Apostle declaring in 58 AD “those unwilling to work will not get to eat” (2 Thessalonians 3:10). Based on these assertions, we have constructed a modern welfare state made up of large, complex and overbearing bureaucracies. These bureaucracies are designed to supervise, scrutinise, and educate their benefactors, requiring them to apply for jobs, perform volunteer work and be retrained. The USA alone has an estimated 126 of such welfare programs, costing the US government an estimated $1 trillion a year. However, despite being specifically designed to reduce dependency and increase economic mobility, this is the exact area where modern welfare has failed to deliver on. As economist Michael Tanner argues “in recent years we have spent more and more money on more and more poverty reduction programs, but seen few, if any, additional gains”. One alternative to our current costly welfare system is comically simple, yet dramatically more effective: just give the poor more cash. Specifically, we should replace our current welfare system with a universal basic income.

In developing nations, direct cash transfers have proven highly effective at alleviating poverty. One study by the Massachusetts Institute of Technology analysed the impact of direct cash transfers of $274 implemented by the NGO GiveDirectly in Western Kenya. They found that the program increased household wealth by 58 percent, food consumption by 20 percent, improved the psychological well-being of recipients and their families and increased investment in livestock and local businesses. They also found no increase in spending on alcohol and tobacco.

Similarly, in 2013 the Ugandan government gave 1,800 poor women in the country’s north $150. One year after the transfer, income doubled, savings tripled, and short-term expenditure and durable assets increased 30 to 50 percent. The study also concluded that for the women who received support from an aid worker (at an additional cost of $350), it would have been more cost-effective to simply bundle the aid worker’s salary into the grants.

A common theme amongst direct cash transfer research is that the money is seldom spent on goods such as alcohol or other drugs. One study in Liberia even gave $200 to alcoholics, addicts, and petty criminals. They found that the money was mostly spent on food, clothing, medicine, and small businesses. A review by the World Bank in 2014 concluded that in 82 percent of all researched cases involved with direct cash transfers in developing nations, alcohol and tobacco consumption declined.

The evidence shows that the real ‘experts’ on how to alleviate poverty are the poor themselves. With a much greater understanding of their own needs and their communities, they can spend aid money more effectively than any social worker ever could. The University of Manchester has summed up the benefits of direct transfers as such: households put the money to good use, poverty declines, health improves, tax revenue increases, and the programs cost less than the alternatives.

Despite the success of one-time cash transfers, the question remains as to how people would respond if they were guaranteed a permanent income without having to lift a finger. Would the poor become lazy and dependent? Basic income experiments performed in North America in the 1960s and 70s suggest not. One basic income experiment performed from 1975-1979 in Dauphin, Canada, guaranteed that none of the 13,000 residents would fall below the poverty line. The study found that paid working hours reduced by one percent amongst men, and by three to five percent amongst women, noting that women took more time off work than men in order to get an education or spend further time raising their children. Additionally, the study reported that children spent more time in school and performed better academically than previous cohorts, and that visits to the hospital and mental health complaints also decreased.

Basic income experiments in the USA reported similar results. One study in New Jersey performed in the 1960s demonstrate that the number of children graduating from high school increased by 30 percent, and self-reported paid work decreased by nine percent. However, controlling for unpaid housework and increased hours spent on education, no statistically significant decrease in work could be measured. Although basic income appears to decrease existing paid work, people are using their welfare income as an opportunity to invest in their future earnings (e.g., through education) and in their children. This has led some economists such as Michael Tanner to argue that basic income may even increase economic growth in the long term.

It would seem that regardless of any guaranteed standard of living, people want to spend their time productively. A study in 2016 found that over 85 percent of lottery winners continue to work at their old jobs, and banning inmates from working in prison kitchens and shop floors is often used as a form of punishment. James Suzman outlines in his 2020 book Work, that even our leisure activities can be considered work in certain contexts. For example, to an ancient forager, hunting elk is work. Nowadays hunting elk is an expensive and time-consuming leisure activity. To a commercial artist, drawing is work, but to an amateur artist, it is a fun and engaging hobby. Even video games simulate work that others get paid for, such as fighting in a war or running a city. Anthropologist Jan Boersema argues that in ancient agricultural societies, our desire to overcome boredom and structure our day is the primary reason why early farmers created monuments such as the Moai on Easter Island and Göbekli Tepe in Turkey. It is human nature to want to work. We thrive both mentally and physically when given a challenge we can productively work at to complete. The idea that people would become lazy if they were guaranteed a comfortable standard of living does not hold up to the evidence or our understanding of human nature.

So how much would a universal basic income cost? The answer is: a lot less than what we currently spend on welfare. A 2013 study from Bruenig estimates that eliminating poverty through a basic income in the USA would cost just $175 billion — a fraction of the one trillion spent on current social welfare programs. A universal basic income is desperately needed to replace our present welfare system. As Rutger Bremann explains in his book Utopia For Realists, “the welfare state, which should foster people’s sense of security and pride, has degenerated into a system of suspicion and shame”. Instead of forcing people to prove how vulnerable and helpless they are (and thus reinforcing a mindset of learned helplessness), welfare should be a means to empower the less fortunate.

A universal basic income gives the poor the freedom they need to invest in their futures and make real differences in their lives. Instead of working two dead-end jobs to feed your children, a basic income can enable you to find the time to pursue a career with real opportunities for growth and advancement, without risking your children starving. As noted in Richard Florida’s 2006 book, this is why countries with strong social safety nets such as Sweden also have the highest levels of social mobility and entrepreneurship. You can afford to take business risks and spend time on education when you aren’t living from paycheque to paycheque or run the risk of being homeless if you lose your job. As a different biblical narrative tells us, when God gave the Israelites manna from heaven whilst wandering through the desert, they did not become lazy and dependent. Instead, the manna gave them the ability to escape enslavement in Egypt and reach the promised land.