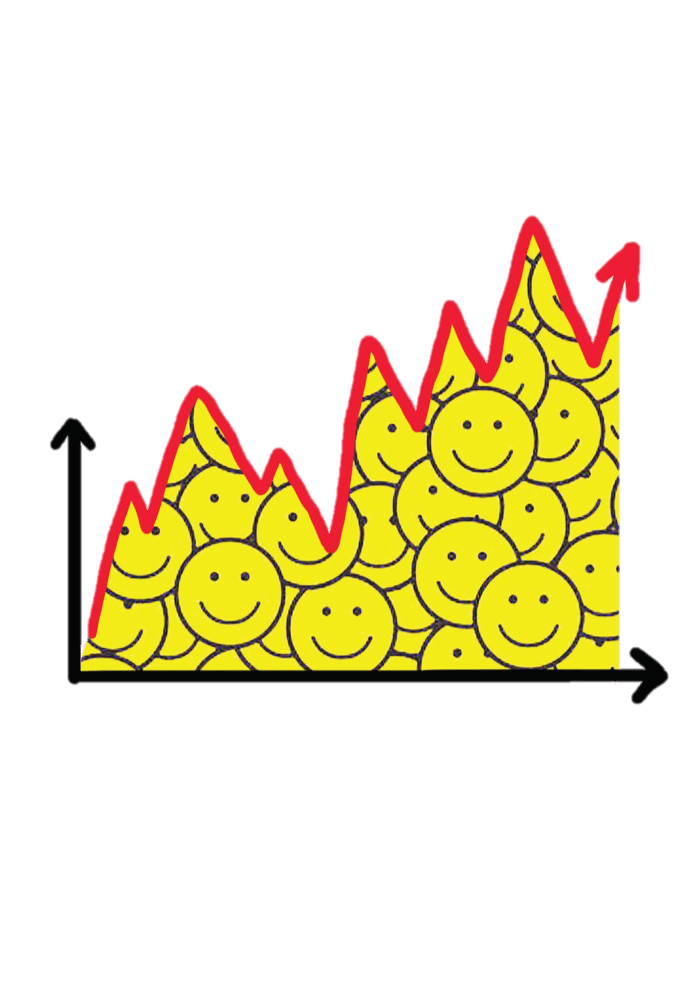 Measuring Happiness in an Economy

Analysing the standard of living of a population is a bit like doing a personal reflection on the state of your happiness, but for an entire nation. It is a necessity to be able to understand the world’s motion of direction throughout time, and to examine strengths and weaknesses in an economic state. When undertaking the mammoth task of measuring standard of living in a country, there are many tools to choose from. The method that is most common and generally agreed upon is Gross Domestic Product (GDP), defined as the total market value of all final goods and services produced within an economy. There is no doubt that GDP, and often GDP per capita (the average prosperity of a given citizen), has been useful, efficient and reliable for the most part.

Measuring the economic standard of living has long been a task delegated to the metrics of GDP and GDP per capita. It is easy to see why this is the case. GDP, and GDP per capita in particular, make a lot of intuitive sense and are generally dependable ways of getting a snapshot of the economy. Having a lot of money to spend means that it can be spent on all of the good things such as healthcare, education and limitless choices of consumer goods, that eventually contribute to a happy society. High GDP per capita overall, tends to reflect this as well. The richer your citizens are on average, the more they are able to spend on goods and services that increases their happiness. It measures production levels, employment and incomes well, all elements that increase standard of living. They say money can’t buy you happiness, but it certainly seems to help.

While human happiness is a complex but important thing to measure in a fast-moving, modern world, its measurement demands attention to more than GDP alone. GDP carries with it far too many limitations to be the quintessential indicator of a country’s standard of living. GDP metrics don’t account for crucial things such as leisure time, actual health levels, standard of education, environmental wellbeing, hobbies, quality of goods and services being exchanged, and the levels of technology. All of these things can make quite a difference to the individual’s mental health and happiness. This is where composite indicators – economic indices that combine multiple indicators into one – are a really great tool to use for measuring living standards. The most well-known composite indicator is the Human Development Index (HDI), which is an amalgamation of GDP per capita along with life expectancy and education. It builds a broader picture of standard of living, and by extension the development levels in a country, much better than any of the indicators on their own.

There are other good national happiness indicators, for example the Sustainable Development Goals and the Happy Planet Index, which both focus on the sustainability of human wellbeing and are being increasingly utilised. New Zealand’s 2019 budget even included reports on how national spending impacts wellbeing. But what if happiness metrics in an economy were taken to yet another level? In Bhutan, the government is guided by the philosophy of ‘Gross National Happiness’. The idea of Gross National Happiness was enacted into the Constitution of Bhutan in 2008 to keep the country moving forward, with a focus on the wellbeing of its citizens rather than what has often been the reiterated economic goals of making mega-trillions and fuelling consumerism.

We are beginning to do a good job of normalising and bringing in other measurements of standard of living that used to be seen as insignificant. The likely reason for this is our new-found understanding that higher levels of happiness contribute even more to the economy, especially as we move into more service-based sectors. Composite indicators like the HDI satisfy the need for keeping our eye on more than just GDP. They provide a more balanced snapshot of where our happiness is at.