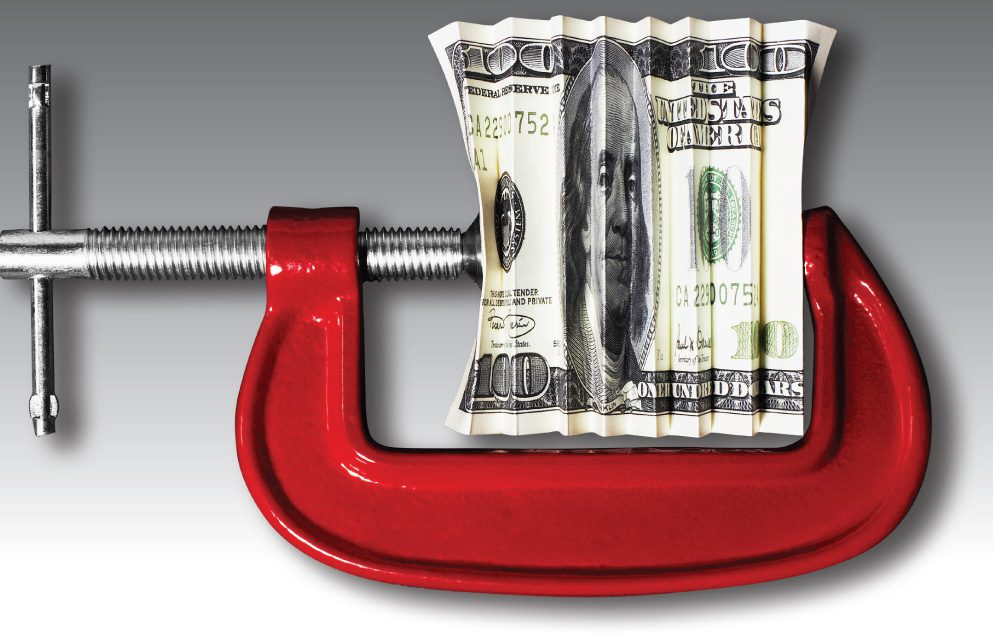 Lessons from the Credit Crunch

Trust. Something so fragile and so intangible is the only thing that keeps the entire financial system running smoothly. The banks trust that you repay your loans. You trust that the banks will keep your money safe. So, what happens when that trust breaks down?

That’s exactly what occurred during the Global Financial Crisis that led to what is known as a ‘credit crunch’. Put simply; a credit crunch occurs when banks become paranoid about the corporations they lend to – usually due to a period of lenient loan-giving. This hurts the economy because a lot of companies rely on debt to pay their workers. Workers that don’t get paid don’t spend money on goods and services. Corporations that don’t make money from the sale of goods and services cut back on production and lay off workers – continuing a vicious circle. What’s worse, now that there are fewer customers available, banks usually jack up interest rates for the few remaining customers they have, again, reducing the disposable income that consumers have available. So yeah, long story short, credit crunches are bad.

Why did a credit crunch occur during the Global Financial Crisis? A lot of it was to do with low-interest rates. Low-interest rates seem good at first, especially to the consumer. You get to borrow more money and can pay it off quicker, right? Technically, yes. And what’s the best investment you can make, from conventional wisdom? Property. After all, it only increases in value, and God sure isn’t making any more of it. Banks loaned to everyone they possibly could by offering mortgage packages with low introductory rates to sweeten the deal. Once they had lent to all the consumers with good credit, they moved on to those with bad credit – known as ‘subprime mortgages’. With all this demand, housing prices rose a dramatic 40 per cent between 2000 and 2006. The loans were tied up in a series of complicated chains of consolidated loans sold to investors and backed by insurance companies, with credit rating companies being bought off to confirm that these were indeed low-risk investments that wouldn’t fail. It all ended in 2007 when interest rates were hiked up to counter inflation. Mortgages became suddenly more expensive while the prices of petrol, health care and food rose at the same time due to inflation. That was the beginning of the end. Defaults on mortgages went up, and housing prices went down, meaning the banks lost money on every foreclosure. Lehman Brothers, the fourth largest investment bank in the United States failed. AIG, one of the insurance companies involved, needed a $182.3 billion bailout from the federal government just to keep the masses from panicking. Banks refused to lend to one another out of fear of receiving the bad debt wrapped up in derivatives and securities. Federal governments were forced to inject a huge sum of cash to stop the banks from not lending to each other (also called illiquidity). Many banks were on the verge of failure. They needed bailouts to ensure that so those weaker financial institutions were bought up as opposed to letting them go bust.

What have we learned from the largest worldwide recession in recent memory? Firstly, that there is no such thing as free money. You’d think that you wouldn’t have to tell a financial institution that. But, during the ‘Great Moderation’ – as it’s called for being a period of low-interest rates and stable growth, banks were handing out money to anyone with a bank account at low (or in the case of Japan, zero) interest rates. Nowadays banks are a lot stricter as to who they loan to, which isn’t necessarily a bad thing considering NINJA (No Income, No Job, No Asset) loans used to be a thing. The second being that banks need to have enough capital to shore up their losses. Banks never had enough equity to recoup the losses as more debt and low equity drives share prices up, which makes shareholders weak at the knees. I should mention that there were guidelines in place as to how much capital banks needed to have since 1988, but it left the definition of ‘capital’ at the discretion of financial institutions. Towards the GFC it might as well have been ‘a piece of paper with the word CAPITAL scrawled on it.’ Finally, that ‘too big to fail’ is a necessary evil in our trust based society. Lehman Brothers collapsing did more harm than good and left the government spending more money trying to rescue the score of other companies that were dragged down with the investment giant. The alternatives would be something straight out of the Great Depression, where middle class working families woke up one day to realise they had no savings because their banks disappeared overnight.

Some might ask why we weren’t able to foresee what was to come in the events leading up to the GFC. It was partially because you can’t escape the bubble once you’re stuck in one. Chuck Prince, Citigroup’s former CEO once paraphrased Keynes’ analogy: ‘When the music stops, in terms of liquidity, things will be complicated. But as long as the music is playing, you’ve got to get up and dance. We’re still dancing.