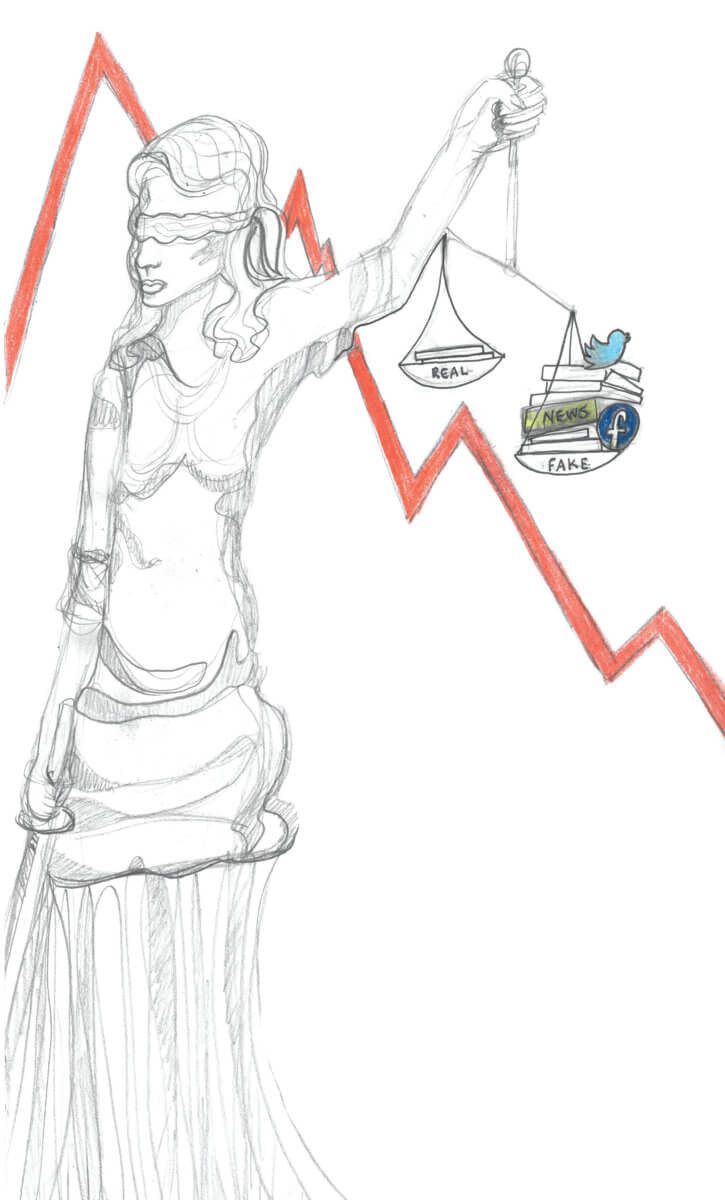 Data has never been a more important and active ingredient in decisions that a typical person makes during a day. Newspapers, social media platforms and search engines are among a range of avenues that businesses source their data from. A dearth of effective data analysis on such platforms has been observed before but issues such as this rarely get the front-page coverage they deserve.

‘Fake news,’ a term that recently gained attention, has now proven to have substantial political and economic repercussions. Though noted in popular media for ages, it became a widespread phenomenon after being thoroughly used in Mr. Trump’s tweets. While there is much to debate on what exactly the concept of ‘fake news’ entails, the ambit of the debate curtails fake news to be a ‘falsified information’ released in the public domain.

Innumerable cases have since been widely reported globally where violence against someone or some entity was incited by such fake news. More than a dozen people were killed in India in a period of roughly two months based on hearsay circulated by popular broadcast channels. McDonalds in Malaysia had to fend off protesters after an online rumor emerged alleging that the fast food chain was in cohorts with the Zionist Jews.

Under the purview of such wide ranging political repercussions, the economic implications of fake news are often overshadowed. There is a rich and decidedly alarming history regarding manipulation of the stock market prices. Investors depend heavily on news about corporations before deciding to invest in any company. Although various trading algorithms have in-built safeguards to exclude incorrect data from affecting the stock prices, it is not always a perfect system.

The most prime example of such a plight was when $130 billion was wiped off the US Stock Market Index after trading algorithms failed to exclude a fake tweet sent from the Associated Press’ twitter account. The hackers had sent out a tweet stating that the then US President Mr. Obama “was injured in an explosion.” Given how long it took for the stock markets to recover, the administration took key initiatives to curb counterfeit news.

The problem, however, is that the onset of a digital era brought forth a flood of information. Social media channels in turn expanded to accommodate this burst of information but they failed to build effective checks and balances in the system. There were no guidelines to discern fact from fiction and practically no safeguards to ensure cyber security of those who were at the bottom radar of digital literacy. Uneducated and overeager traders often became collateral damage in the wide circulation of uncorroborated broadcasts.

The most recent instance of an online rumor denting consumer confidence in a corporation was felt by PepsiCo. After publication of a fake quote declaring PepsiCo’s CEO’s denouncement of President-elect Mr. Trump, the company’s “brand sentiment score fell 35% below the average brand score.” The company’s shares declined by 5.21% over the course of a month even after official statements declared the quote as fraudulent.

In a high-frequency world of trading and finance, any piece of news is critical. The problem here lies in the intrinsic assumption that any news bulletin would only be based on facts. So not only do we need proper checks and balances in the journalistic world, but also, we need to inculcate more digital-savvy consumers. How an investor processes the information is more important than where they access the information from. The key to prevent economic failures of the market, both at the macro and micro level, is to educate a new breed of consumers who can think critically to distinguish factual data from fiction.