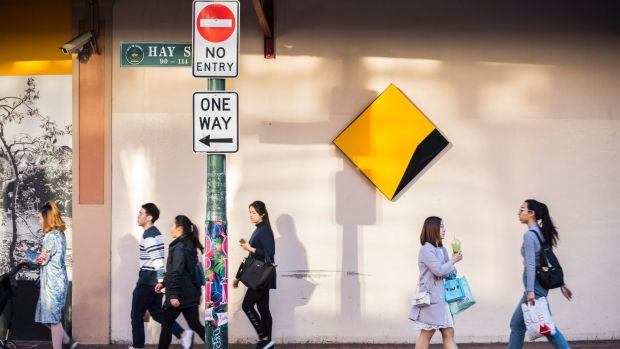 Qantas, Weetbix, Vegemite, and Commonwealth Bank Australia, what do all these brands have in common? They are ubiquitous household names in any Australian family and are known and loved by all as intrinsically part of our identity.

However, following recent events, the likelihood of Commonwealth Bank of Australia (CBA) remaining in this position is being seriously questioned.  The influence of CBA, as one of Australia’s most renowned bank, is obvious, with the latest scandal affecting numerous operational facets of the company.

CBA is under investigation for their involvement in money laundering. This investigation is by Austrac who claim that there has been “serious and systematic” legal breaches involving more than 53,000 transactions, which could have been used in acts of terrorism. As per regulations, all banks are expected to report cash deposits of over $10,000, which CBA has failed to do for the aforementioned 53,000 transactions. Just prior to this controversy, CBA increased their maximum deposit amount from $10,000 to $20,000. This inadvertently resulted in this breach, as the systems they had in place to record and report any transaction that exceeded $10,000, had inevitably failed them.

This has numerous implications for CBA in the short and long-term, with the possibility of employee pay cuts, layoffs, deteriorating share prices and management changes. The CEO, Mr Ian Narev, was asked and ‘highly encouraged’ to step down. CBA has already suffered from reputational damage due to the weakening of management, with the added notion of an ‘ethical elephant in the room’ restricting day-to-day activities. There has already been a $16 million cut to executives’ short-term bonuses, with shareholders asking for more as insurance for the increased risk. As the investigation currently stands, Mr Narev will not get fired immediately but will be asked to step down early alongside a multimillion-dollar penalty. Finally, there has been a sudden, steep drop in share prices following the announcement of the investigation in early August.

Despite this, last week Mr Narev reported a $9.88 billion profit, the bank’s eighth consecutive record result. This brings in the question of whether share prices will suffer as much as people think they will. CBA has been involved in scandals, such as the CommInsure and Financial Planning Arm Scandals, in the past and has always been able to bounce back from them. Australian Brokers suggest that with their strong profit profile, CBA will be able to pay any amount of fine and recover quickly. Last year, Tabcorp was fined $45 million by Austrac for a similar scandal, which forecasters are using as an indicator of the estimated damage for CBA. However, other global experts find this approach extremely risky. This is because the exact details of each case vary significantly and it is unknown how much the fine will be, and whether court fees and other administrative costs may get blown out of proportion.

Money laundering is a serious issue, and the fact that crime associations may have used the money makes it even more problematic. CBA will definitely need to be held accountable for what has happened, and so they may not be able to shake this scandal off as easily as they have in the past. This may even require them to have a complete change in their branding program and the competitive rates that they currently offer. Currently, a lot of CBA’s advertising campaign involves focusing on their technology aspect and their youthfulness, however, if they were to focus more on their humanitarian aspect this may help them rebuild their reputation. At present, CBA does not seem to have lost a lot of their customer base, and it may not be wise for them to change their name and other aspects, as they will lose their marketplace recognition. While they may still hold their position as Australia’s leading bank, the gap between them and other banks may start narrowing, with their iconic status being very at stake.