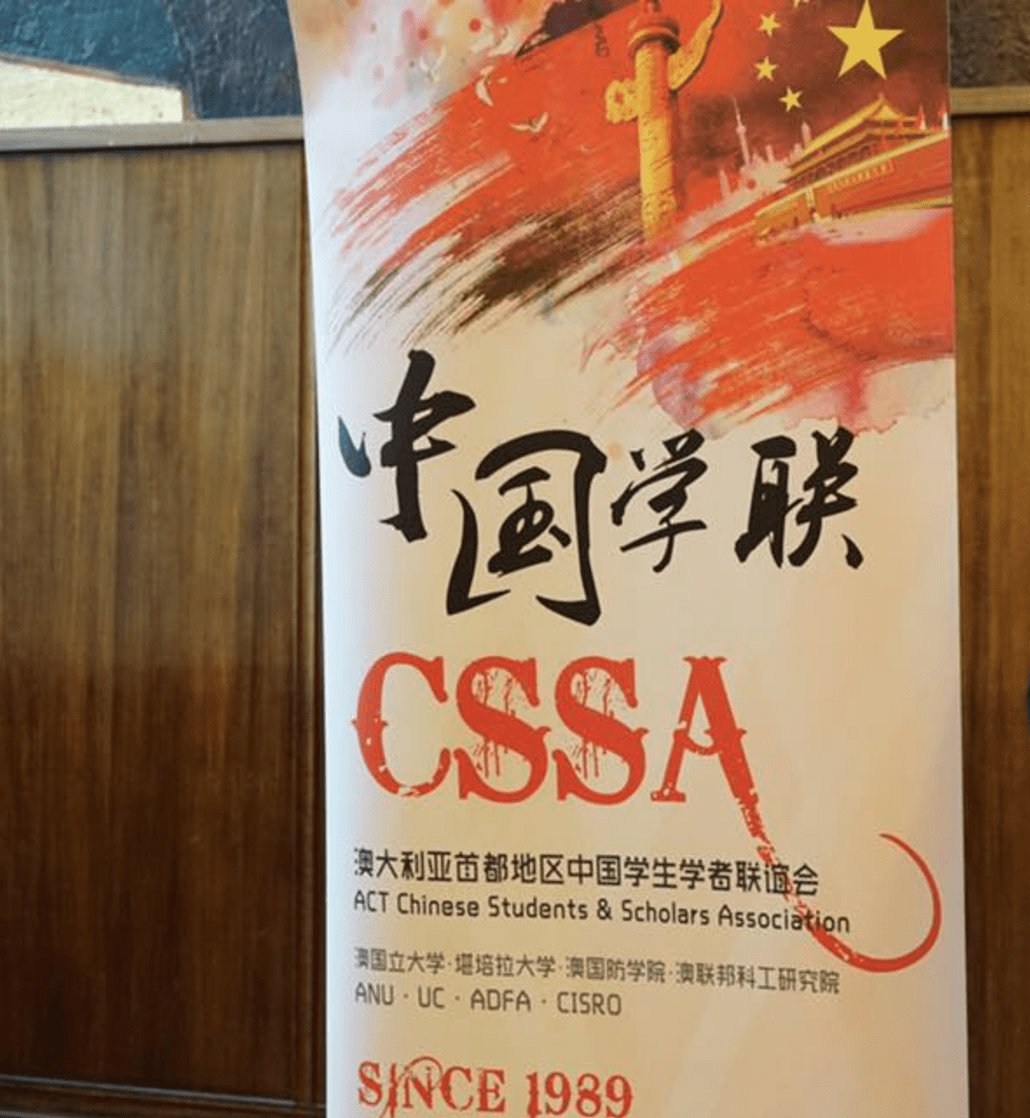 The Truth About the Chinese Students and Scholars Association

Almost exactly a year ago we were followed and intimidated by members of the Chinese Students and Scholars Association at its annual Chinese National Day gala. While we had tickets, they surrounded us and tried to kick us out under the direction of CSSA executives, including Vice President Jack Wang.

We attracted the CSSA’s ire that night for two reasons. While living in China, one of us tweeted about the Chinese democracy movement and was subsequently tortured and jailed, and now studies at the ANU as a refugee. The other investigated the CSSA’s connections to the Chinese government and its oppressive ideology.

But you wouldn’t know that from Woroni’s recent interview with Wang, who claims ignorance of the CSSA’s connections to the Chinese communist state and its role in intelligence gathering.

We hope to set the record straight.

The CSSA currently calls itself ‘The only Chinese student organisation in Canberra officially approved by the Chinese government.’ Last year a Woroni investigation revealed that CSSA executives from across the country are flown to Canberra each year for meetings with embassy officials. It found that two years ago the ANU pharmacy inspired the CSSA’s rage for stocking copies of the Epoch Times, the only Chinese newspaper in Canberra that dares publish content critical of the Chinese government. CSSA President Tao Pinru intimidated staff at the pharmacy until he was allowed to throw out all copies of the newspaper.

Perhaps this is what Jack Wang meant when he said, ‘We do have freedom of speech, but not in the Australian way’.

This year the embassy used the CSSA to drown out protestors when Chinese Premier Li Keqiang visited Canberra. Ahead of the event, embassy officials arrived at the ANU to train hundreds of CSSA members. Students at these training sessions were divided into ‘security squads’ and told: ‘Male comrades must protect female comrades.’ They were instructed to watch out for the ‘five poisons’ – meaning activists for Tibetan independence, Xinjiang independence, Taiwanese independence, the human rights of Falun Gong practitioners and democracy.

When the president of the Tibetan government-in-exile spoke at the ANU in August, a dozen CSSA members including Jack Wang and President Guo Xiaohang came to observe the event. Half the seats at the event had been booked out under fake names, including ‘Chinese family’, and were left empty in an apparent attempt to prevent people from attending.

An ABC–Fairfax Media joint investigation of Chinese influence in Australia included University of Canberra CSSA President Lupin Lu admitting that she would inform the embassy if dissident Chinese students were organising a human rights protest. It also revealed that the parents of Tony Chang, a Chinese student in Australia, were questioned after he became involved in pro-democracy and Tibetan independence groups.

Here at the ANU, Forbes quoted a lecturer expressing concern that some of her Chinese students fear speaking up in class ‘because they fear their compatriots will report on them’.

Whatever the extent of such surveillance at the ANU, Chinese students fear it, and many are reluctant to associate with dissident students.

In fact, in this area, we agree with Wang, who said that the CSSA has ‘More interesting things to do than spy on Australian students.’ CSSAs are indeed uninterested in spying on Australian students, preferring to devote their efforts to informing on Chinese students. In 2014 this was confirmed to Fairfax Media by Chinese intelligence officials.

The CSSA is not, as claimed by Wang, just a ‘brotherhood or sisterhood’, but a government-supervised institution that is hostile to freedom. It is part of a global network of Chinese student associations supervised and used by the Chinese government. In one case, a former Canadian CSSA leader had his permanent residency application rejected because he acted as a Chinese spy, providing the embassy with intelligence on pro-democracy students.

The issues faced by Chinese students are great — the language barrier, isolation from the rest of the university, and cultural differences. Yet the CSSA’s hostile mentality and the insular attitude that comes with it leads Chinese students to live in their own bubble at the ANU, one in which they find themselves with almost no non-Chinese friends and having little interaction with Australian culture and ideas.

The CSSA’s actions speak far louder than its words.

The previous Woroni article which mentions Tao Pinru can be found here.