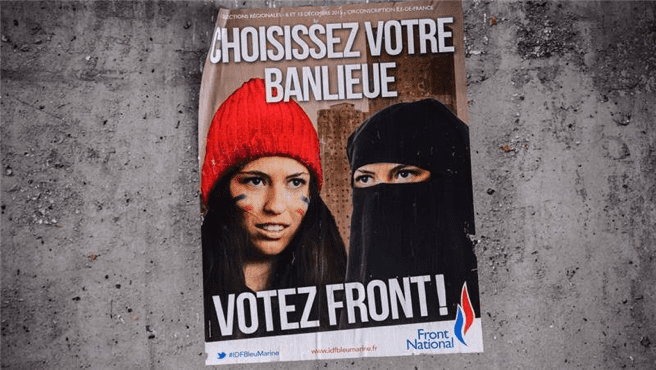 Tanya Ma is studying a Bachelor of Politics, Philosophy and Economics/Bachelor of Laws (Honours), and is passionate about human rights.

Far-right right populist politics is gaining ground throughout many areas of Europe. In recent years, the National Front in France, PVV in the Netherlands, True Finns in Finland as well as their far-right party equivalents in Austria, Switzerland and Denmark have also secured increasing supporter numbers in polling and election data. Following the recent successes of the Brexit vote and Trump’s election as President of the US, we can see right-wing populist ideals as not only rising within our national communities but succeeding within politics to affect change in domestic policy.

Broadly speaking, populist parties have strategically gained success through linking policy to two key ideologies – ethnonationalism and xenophobia manifested in anti-immigration sentiments. The ethnonationalist message generally puts forward the idea that the rights of the nation transcend those of the individual. As a result, it is common for the rights of the population to be compromised, in favour of what appears to the far-right leaders, as overall benefits for the nation. This can lead to policies that afford ethnic citizens special treatment by discriminating against immigrants and citizens of a different ethnic origin.

The ethnonationalist political strategy bolsters the image of multinational corporations and immigration as obstacles to the nation’s progress. For example, the Front National’s campaign for closed nationalism rests on the conception that political, economic and cultural openness is a threat to essence of French national identity. The party advocates for a notion of ‘national preference’ alongside a campaign slogan of putting the ‘French first’. This would bring about policies giving preference to ethnically French citizens in the labour market, welfare grants, healthcare as well as other public services. Thus, both immigrants and citizens with non-French ethnic origin would be excluded from certain benefits and services offered by the state.

Another strategy underpinning the successes of far-right parties in elections has been through demonising non-ethnic groups as the cause of national problems in the form of xenophobic statements and anti-immigration appeals. Four common approaches for framing immigrants as problems by populist candidates have shown to be largely effective. The first has been to establish immigrants as a threat to ethnonational identity. This has been successful for Le Pen in France with the increasing support for the jus sanguinis in smaller towns – a principle that only those born to French parents should obtain French citizenship.

The second is to frame unemployment as the result of too many immigrants coming into the country. The significant increase in immigration to Italy from African and Asian countries, along with several northern Italian regions offering employment opportunities to immigrants, has sparked fears within their local communities. In 1996, Lega Nord was able to successfully capitalise on this issue through openly xenophobic propaganda to increase their electoral base in lower class groups worried about competition from immigrants who were willing to work without union protection and lower pay. Data collected from election polls, including those from the recent Dutch parliamentary elections, also show large numbers of the unemployed voting for PVV.

The third strategy is to pose immigration as a major cause of criminal activity and insecurity. This has fuelled many radical-right anti-Muslim political campaigns around the world. In 1993, SVP/UDC in Switzerland launched a referendum on ‘illegal immigration’ and used crime statistics to emphasise the dangers of multiculturalism through eliciting concepts of the ‘bogus’ asylum seeker. This is a popular argument amongst right-wing candidates for stricter immigration control.

Lastly, many extreme-right parties also politicise immigration as a national problem through characterisation of immigrants as abusing the welfare systems of established state democracies. The common argument is that while working citizens are earning a living through hard labour, their income is being taxed to immigrants who are reaping national welfare benefits for a living. This has targeted many citizens of the middle working class to vote for populist far-right candidates in elections. Consequently, immigrants are strategically framed as a detriment to society regardless of whether they are employed or not working.

These ideological understandings of ethnonationalism and immigration are spreading throughout the politics around the globe. With the recent election of Trump as president of the US, we can see the actualisation of these ideologies in his trade, migration, health care and other policies. Two major policy reforms, in particular, reflect this policy shift predicted by the populist ideologies for political right extremism. Firstly, on 23 January, Trump successfully initiated an executive order to pull the United States out of the Trans-Pacific Partnership (TPP). America’s National Association of Manufacturers predicts large economic losses of having to close trade markets in Asia and eradicating good relations from years of exchange with foreign governments by rebuilding barriers. In spite of a looming collapse in global trade, Trump continues to push in the direction towards protectionist trade policies, with the renegotiation of the North American Free Trade Agreement and the prospective enforcement of a Trump tax reform plan.

The second major change in policy direction since the inauguration of Trump was the first platform to close US borders to immigrants enacted on 27 January. This executive order from the President was proclaimed to keep Islamic terrorists out of the US through denying individuals from Yemen, Iraq, Iran, Sudan, Somalia, Libya and Syria entry into US borders for 90 days and barred refugee entry for 120 days. By the next day, protests brewed at airports across the country, interpreting his order as a ‘Muslim ban’, whilst several hundreds of immigrants and refugee were stuck in a limbo situation. This policy largely aimed to block out immigration, once again paralleling directions for policy with far-right populist ideologies.

As the seeds of right-wing ideologies are slowly taking root in cities throughout Europe, where does this leave us, as global citizens of the international community? The rise of populism throughout state politics highlights the escalation of political discontent amongst citizens with their governing systems. It appears that the more state systems are receptive to multinational corporations and international organisations, the stronger populist rhetoric becomes by offering protection from globalisation movements and security of traditional values. It is important that we acknowledge that far-right parties are not only an opposition but in many cases, have become successful power-sharing participants in governments and policy making. Nevertheless, it is also paramount that we do not blame domestic security issues and shortfalls of the economy on an inclusive and diverse national identity when we become discontent with our political systems – the victims of this far-right spectre haunting Europe are the minority communities that already lack a political voice in our institutions.