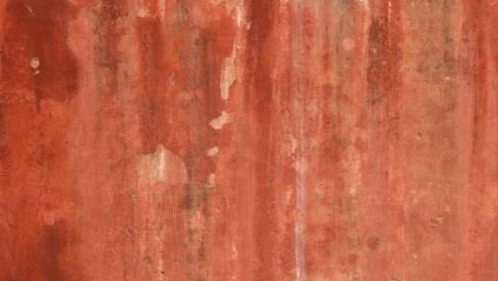 Rob Williams is a Ngunnawal Descendant, graduating with a Masters of Archaeological Science (Advanced) from ANU in 2016 and receiving the ANU 2017 Young Indigenous Alumni Award.

I chose Aborigine, a term I dislike, as a reminder that in the eyes of many Australians our identity is fixed to some historical era and if we don’t align with that idea, well we’re not really Indigenous – anachronism still defines us. It is a deficit term, and I believe, diminishes our credibility as descendants of autonomous nations.

Indigenous cultures of Australia are defined by orality. Knowledge is transferred from one generation to the next, imparted from seniority, the recipient informed of totemic beliefs and lore. This, in turn, informed recipients of appropriate social behaviour, taboos and responsibilities to kin and Country. The word ‘Country’ in Indigenous Australian vernacular encompasses a holistic relationship to one’s ancestral land, which among other things, includes spiritual and physical elements. Mountains, stone formations, rivers, creeks and shores, were enriched with mnemonic elements that kept the landscape’s history, retold ancestral narratives and illustrated religious stories.

The sophistication of this system, developed over many millennia, enabled my ancestors to thrive not just on but with Country, through a mutually respectful relationship. If only European colonisers recognised these systems, perhaps Australia’s rivers would be flowing cleaner, its skies less polluted and wildfires less catastrophic.

Many of the beliefs and traditions that my ancestors maintained are no longer inherited by Indigenous children of Southeast Australia. Colonial attrition has all but erased this system, eroding it to a mere shadow of its former self. For example, my first introduction to Indigenous culture heroes came via written publication, rather than spoken word. I learnt of Indigenous parables such as those describing the story of the great Rainbow Serpent, the Quinkans (Queensland mythological figures) and other creation beings, from published children books. Today I can only imagine the knowledge that my ancestor Black Harry Williams would have possessed of culture and Country.

In secondary school, I was one of several identifying Indigenous students in a school with a student population which numbered some 1200. My suspicions were confirmed some years later, discovering that there were others of Indigenous descent, but I can only assume that they chose not to identify publically for risk of being stigmatised. I reserve my judgment, for I experienced racial taunts at the hands of my peers. Would anyone willingly experience this if they could avoid it? For some Indigenous Australians, their appearance is not considered befitting for someone of Aboriginal descent, and therefore, they are not recognised as so by non-Indigenous people. This is of no huge benefit, for the fair Aborigine must also prove their identity not only to white but also black Australia. Even in the first decade of the 21st century, I was led to believe I was deficient because of my heritage. The basis of my thoughts were underpinned by deficit discourse and a pervasive idea which coerces a self-fulfilling prophecy, defining my future as one where I do not achieve the same level of success as my non-Indigenous peers. This was only perpetuated through curricula which ignored the achievements of black Australia.

This new system, a foreign import, is a recent imposition upon Indigenous Australia and is one that we as individuals and communities are grappling with. A somewhat persistent theme in the Australian psyche is that our cultural loss is something that we, Indigenous Australians, should simply get over. This attitude is epitomised by a dismissive Australian government and overwhelming support to keep 26 January as our national day of celebration.

As Prime Minister Turnbull states: ‘… there are many bigger and more profound issues, including constitutional recognition, to deal with than the date of Australia day.’ He goes on to say: ‘changing the date does not have my support.’

His words reflect a broader paradigm with serious implications. Turnbull’s sleight of hand leads the audience to think there are more important issues: that we should not worry about two centuries of dispossession, a generation of stolen children, murder and cultural genocide. I know myself that when 26 January rolls around, I will again feel uncomfortable because the very history that has shaped me – defined my experience and disposed my forebears of their culture – will be called into question by people whose ancestors did not suffer the same treatment.  But again, we should just get over it.

At 19 years of age, I took up my first position at the Australian Institute of Aboriginal and Torres Strait Islander Studies (AIATSIS). This is where my perspective began to change. I was surrounded by successful Indigenous colleagues, but also of equal importance, non-Indigenous colleagues who genuinely cared about Australia’s black history and demonstrated this through their work. During my breaks, I would visit the AIATSIS library, search through the online picture database and walk the aisles looking for titles relevant to my ancestral country, Koori history (Koori is a term used by Aboriginal people in parts of NSW and Victoria to define oneself) and anthropological essays. As a child I have vivid memories of this place and recall my mother explaining to me that the books lining shelves are about my people. AIATSIS provided a nourishing environment where I began the process of building a strong Ngunnawal identity.

Shortly after, I began my studies at ANU. This truly marked the beginning of my intellectual and cultural growth. Although I was majoring in a discipline rooted in 20th century Western ideology, archaeology provided an opportunity to build upon early experiences from my childhood and most importantly connect me with my ancestors and with Country. It was also when I began to grapple with identity, my own Indigeneity and my place as a Koori within the university context. Incredibly, it took this long until I felt I had this freedom, to learn of Australia’s forbidden history.

Today Indigenous Australians of Southeast Australia find ourselves in a state of cultural reclamation and burgeoning renaissance. We are revitalising the languages taken from us. The goal is that Aboriginal youth of Southeast Australia may be able to refer to Country and learn Creation Stories in their ancestral tongue – a return to orality. Traditional and contemporary techniques are reviving the work of Australia’s first artisans, nourishing our identity and illustrating Country. A specific example of this is a renewed knowledge of and methods for making possum skin cloaks, led by senior Aboriginal women. In Canberra, cultural burning practices are also emerging as an element of cultural revival and importantly the restoration of Indigenous environmental management regimes that Australia’s vegetation has adapted to over millennia.

Indigenous Australians are continuing a journey that is many millennia old. However, unlike the past 50 or so thousand years, today we find ourselves desperately trying to re-energise culture, connect with Country and retell our stories in a rapidly changing society that does not value our traditions. More than ever it is a matter of cultural survival – not only for ourselves but successive generations.