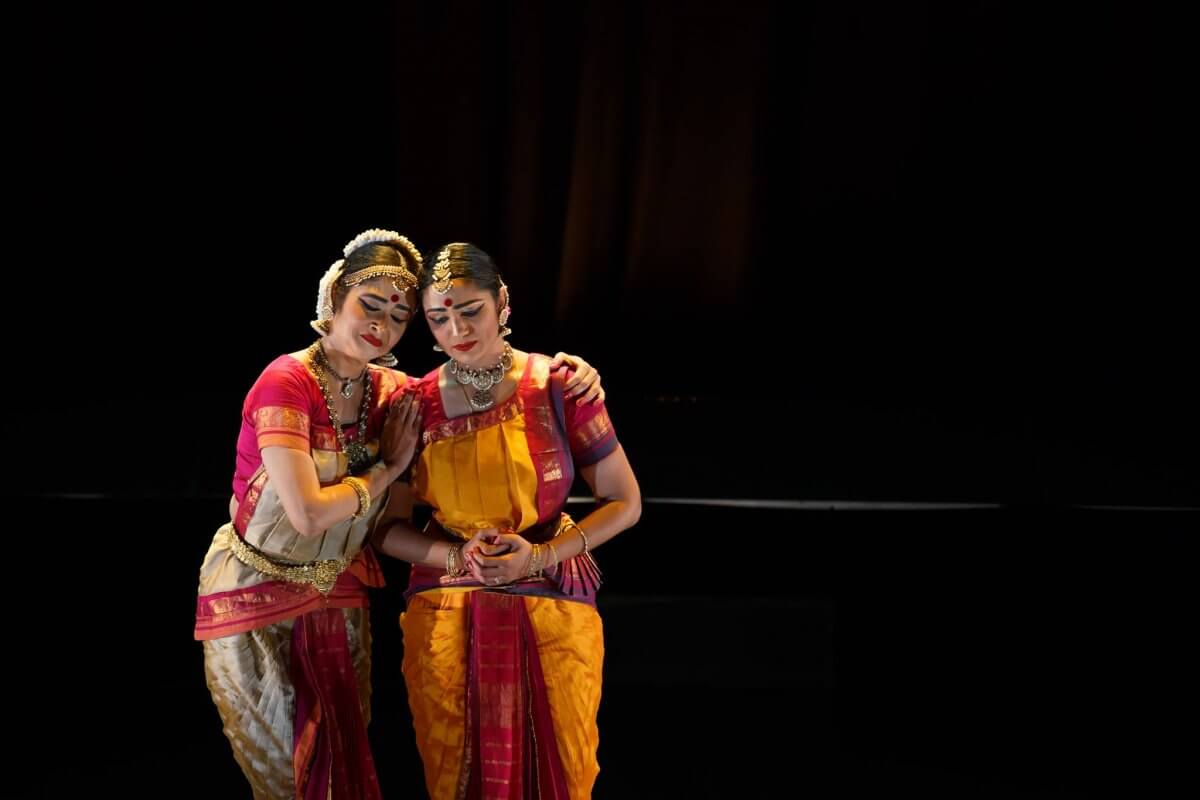 Back in October 2015, I remember sitting with my mother at a table in a hawker centre enjoying some fabulous local Singaporean food when she mentioned an idea that she had; she wanted to create her own dance production. My mother has been dancing Bharathanatyam – a major Indian classical dance that originated in Tamil Nadu – since the age of 12. But she didn’t want to follow the traditional, Hindu religious and spiritual themes that typically characterise Bharathanatyam. Instead, she wanted to capitalise on what she saw as the art form’s potential in raising awareness about mental illness among the Indian community in Singapore where stigma surrounding mental health is prevalent. My mother, Lalitha Venketasubramanian, got in touch with psychiatrists and mental health organisations, as well as choreographers, musicians and dancers to make this happen. Ten months later, her vision finally became a reality.

I had the privilege of catching a 6.30am flight to Singapore on Saturday, 22 October 2016 to witness the final result of months of planning, back-and-forth e-mails and rehearsals. I caught the train from Changi Airport to the School of the Arts Theatre Studio and arrived right on time for the first show at 7.30pm, and left for the airport once the second show ended the next evening. It was a hectic weekend – not to mention the assignment I had due in the middle of it – but it was worth every second.

Finding Dignity focuses on the relationship between a mother and her daughter, who has schizophrenia. Over six scenes, titled, ‘Normal’, ‘Descent’, ‘Denial’, ‘Stigma’, ‘Conversation’ and ‘A New Normal’ respectively, the production follows the growth of the young girl as she navigates the effects of the illness on her life and relationships, and grapples with experiences of helplessness, isolation and ostracisation by friends.

The depth of emotion conveyed through dance brought tears to my eyes. One scene which depicted figures with dark cloths running around the girl as a reflection of her confusion and terror stands out in my mind as being particularly confronting to watch.

The performance is an hour and fifteen minutes in length and was followed on both days by a discussion with psychiatrists and panellists from mental health organisations such as the Singapore Association for Mental Health (SAMH) and Institute of Mental Health (IMH). The audience was given the opportunity to pose questions to the experts about how to support loved ones and provided a platform for common misunderstandings about mental health and illness to be dispelled. I was thrilled to see some familiar faces among the 220-strong crowd, and it was very well-received by those who attended it.

While a success, the performance was not without its issues. In choosing to explore mental illness through Bharathanatyam, the creative team was met with the challenge of maintaining the traditional form of dance as far as possible, without compromising the integrity of the story and message of the production. For example, the depiction of the symptoms of schizophrenia by a woman-identifying character through an art form which portrays women in very specific roles was difficult – but nonetheless navigated well through excellent choreography and creative narration. According to the creator and producer (of both the production, as well as myself), Lalitha: ‘When I came up with the storyline, I was already aware of the nature of Bharathanatyam having performed it for so many years. It came together well because we approached it such that the story flows seamlessly using the vocabulary of the dance form.’

Finding Dignity brings a taboo topic to a specific group of people whom may not have previously considered the importance of mental health and fighting stigma associated with it. While recognising that Bharathanatyam isn’t universal among Indians in Singapore, reaching out to even a small part of society is valuable to the broadening of the mental health discourse and destigmatisation of mental illness. It would also have sparked dance enthusiasts’ interest to the potential of their art in advocacy and making important messages palatable to a crowd which may not engage in protests, which are illegal in Singapore.

The production inspired Lalitha to contribute to efforts to destigmatise mental illness. She is currently working with a group of medical professionals and others to set up a mental wellness organisation catering to the Indian community in Singapore. She would still like to bring Finding Dignity to new audiences and to spread the beauty and versatility of Bharathanatyam while raising awareness of important issues.

Any questions, concerns or ideas about ‘Finding Dignity: An Exploration of Mental Illness Through Bharathanatyam’ can be directed to Sumithri Venketasubramanian (that’s me!) at sumithri.rv@gmail.com.