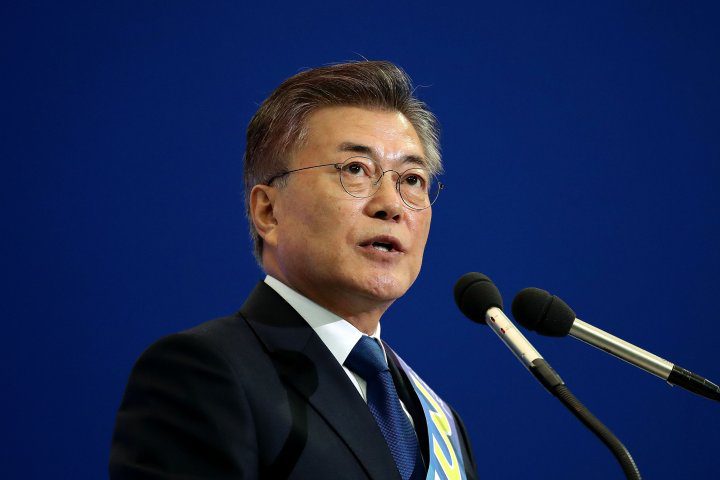 Elections signal new hope. This is the beauty of democracy; power can be easily transferred from one party to the other, and mature democracies like Australia and the United States are perfect examples. The electorate can show support for an incumbent through a vote of confidence or to voice discontent through voting for the opposition. Albeit within a short history of democracy, for South Koreans, this presidential election could be the turning point in Korean politics.

With the first female President of Korea, Park Geun-Hye, being impeached on 10 March, the presidential election took place on 9 May. The title of ‘first female president’ was a signal of hope, progress and gender equality in politics. That hope has been shattered with the corruption and the bureaucratic failure of Park’s administration.

Korean politics has traditionally been about regionalism between Honam and Yeongnam area. The former is liberal and progressive while the latter is staunchly conservative. Former president Park Geun-Hye and her father, Park Chung-hee, are from the Yeongnam area and naturally have the conservatives as the core of their supporters. However, with the strongman’s daughter falling out of politics in a disgraceful manner, it seems to have highlighted the fragility and superficiality of regional politics to the Korean electorate.

For example, the People’s Party is very strong in the Honam area, holding 23 out of 28 parliamentary seats. However, during the recent election the People Party’s presidential candidate, Ahn Cheol-soo, enjoyed support from the centre-right and conservatives. Such a phenomenon is eccentric because in the 2012 presidential elections, Ahn’s support base was largely young adults who are liberal. Perhaps it signals that Korean democracy is moving in a matured direction where it is no longer plagued by the regional rivalry, and the electorate now looks at the candidate’s’ abilities and policies. Or it could just have been conservatives’ attempts to prevent the more liberal Moon Jae-in of the Democratic Party from taking power. Nonetheless, it is undeniable that the impeachment of Park Geun-Hye signals the strength of democracy in Korea and the Korean people’s power.

President-elect Moon Jae-in being more liberal and progressive is expected to shake up South Korea’s foreign policy. Compared to the aggressive and hard-line approach against the North by the previous conservative government, Moon Jae-in is expected to take friendlier approach to Kim Jong Un and his regime, hoping to replicate the détente enjoyed in early 2000s between the liberal governments of Kim Dae-jung and Roh Moo-hyun and Kim’s father, Kim Jong Il.

Similarly, Moon will be hoping to improve relations with neighbouring China, with the issue of controversial implementation of THAAD (Terminal High Altitude Area Defense) to be tackled. Moon will also seek to re-negotiate the landmark agreement between South Korea and Japan regarding the wartime sex slaves also known as ‘comfort women’.

Moon Jae-in won the elections with 41.1 per cent of votes while runners-up Hong Jun-pyo and Ahn Cheol-soo received 24 and 21.4 per cent respectively. While one may argue that with 59 per cent of the electorate voting for another candidate Moon does not have the backing of the public, Moon had nearly 5.6 million more votes than Hong, the biggest margin in the history of democratic South Korea.

So far, Moon Jae-in’s first few days in the Blue House have been freshening and he seems to be living up to the expectations of the public – a recent survey shows that 83.8 per cent of the population feel Moon will do a good job. Another presidential election is finally over in South Korea. The electorate chose to voice its discontent with the conservative government through voting for Moon, resulting in his rise to presidency. Now it’s time for Moon to prove to the Korean electorate that they made the right decision in voting for him.