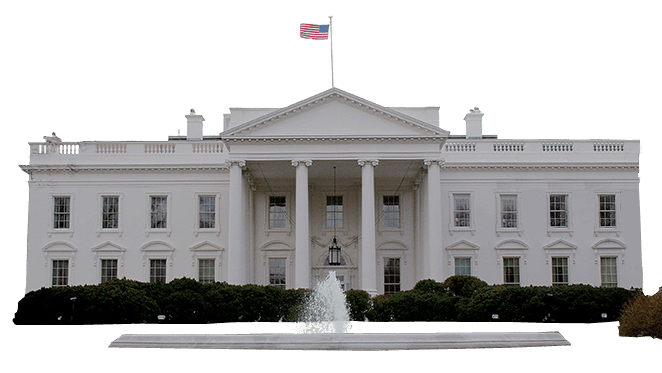 I could write about Donald Trump until I’m orange in the face. Donald Trump is basically the poster boy for a china-shop-bull high on masculinity: he’s impulsive, irrational, aggressive, et cetera, et cetera. In spite of this, he claims his ‘strongest asset … is [his] temperament.’ Whatever you think of Hillary Clinton’s decision-making, you’ve got to concede that her temperament is steely. And yet somehow some ardent Trump supporters think that her menstrual cycle (yes, actually) could lead America to war.

You can point out the irrationalities there forever. You can use Trump as the perfect example of a ‘boys will be boys’ culture. You could also, rather defensibly, argue that it’s disingenuous to use Trump and his supporters as representative of men generally and say that Hillary Clinton is probably more measured and level-headed than most women, by virtue of being one hundred per cent steel. But masculinity in politics is not specifically or exclusively about men, and nor is the corollary telling the whole story.

Political careers and movements can skyrocket or plummet on the basis of perceptions. Prominent leaders in modern politics don’t fall sharply along absolute lines of masculinity and femininity. But the ‘masculine’ bundle of traits often sit more comfortably on the shoulders of a man and can contribute to boosting male careers more easily.

Masculine supremacy – either explicit or implicit – is far from new. One of the oldest works of fiction, the Iliad, told a story about the unusually strong woman Andromache, whose name derives from the words for ‘man’ and ‘battle’. The origins of masculinity are pretty clear: men were the warriors, the hunters, and typically have a biological advantage for physical strength (notwithstanding the social stigmatisation of muscular women). As the former absolute rulers of most societies, the ideals of decisiveness and boldness fit within that framework.

But, as even Emma Watson realises, masculinity is restrictive and destructive for people of all genders. In Trump’s case, it acted permissively to excuse his litany of alleged criminal behaviours and bullying tendencies – enough for him to be palatable to enough of the country to be elected. Clinton’s biggest strengths were also her weaknesses, as she struggled to legitimately lay claim to the stern and measured temperament usually the domain of man.

But I said I wouldn’t talk about Trump too much, so let’s pop across the pond to Europe. Marine Le Pen, everyone’s favourite new (and now vanquished) existential threat to the political ruling class, sat at an interesting crossroads. She had to repair the Front’s national public image, reining in the more extreme elements which exist as unhelpful hate channels. That kind of conciliatory move can in part be traced to her portrayal as the bearer of her father’s torch. She continued his tradition of strength and boldness, but with refinement over time and gender.

Le Pen painted herself as a figure like Jeanne d’Arc, the historic French heroine famed for her military achievements and unshakeable fortitude. Despite being symbolic for the Front National more broadly, Le Pen referenced d’Arc in defending her own dark-toned wardrobe. In a phenomenon similarly witnessed with Julia Gillard, we saw Le Pen subject to questioning on her hair colour, reputation as a party girl, and being a woman who had lost weight to increase her appeal. While people may pose the question of whether these same things would be asked of a man, there is little doubt they wouldn’t be, and no doubt that if they were, the weight given to them would be far reduced. Le Pen’s interaction with political masculinity is a bit of a mixed bag. She enjoys a limited amount of the implicit strength of character that comes with the image of being the successor to both her strong father and a steely national heroine, while also being freed from some of the more onerous elements of maintaining the visage.

Julia Gillard was also affected by political masculinity, and clearly suffered hugely from misogyny – if you’re going to question that I don’t think there’s much I can do to win you over. The continual implicit and explicit sexist attacks she received damaged her electability in spite of her prodigious parliamentary efficiency. It degraded her perceived ability to wrangle her party and her government, as well as the free trustworthiness bona fides you get for being a male prime minister.

That is not to say that men are only held to account for parts of their character that aren’t referable to masculinity.

Trump had question marks raised about his figure, but never had to seriously grapple with them, despite his medical obesity. Bill Shorten, on the other hand, seems like he has a harder time shaking questions about his weight. The media often seems to deride him while he tries to get in shape by devoting full segments to his ‘man boobs’. Putting aside any political opinions, there’s just something that seems more stable about Turnbull, isn’t there? Malcolm has the money, he always stands up straight, and he emphasises his points with a clenched fist. Bill Shorten goes in for snarky ‘zingers’, was subjected to mocking on pretty classist terms when he copped the ‘sycophant’ roast, and consistently struggles to portray himself in the same cool, calm and collected way.

It’s comparing two men, but there are gendered undertones. The strength and success of one make him seem far more likeable and trustworthy than the social climbing guy with man-boobs. Clearly, there are many biases playing into this, but Malcolm Turnbull sits far more easily into the idealised conception of masculinity.

It’s a hugely complex concept to unravel and speaks to why confrontation of it is so hard and rare. It’s not often that any particular observation about human behaviour can ever be absolutely true. Masculinity is no exception, as is clear from examining many of our leaders. It seems like, as a general rule, traits typically associated with masculinity tend to be traits that will lead to success in politics. The perception and assumption of these traits vest themselves more immediately in our male leaders, and have to be acquired by sacrifice and hard work by women, who enjoy them to a lesser extent.

Masculinity manifests in varied ways: it is more a collection of characteristics than any single or monolithic trait. So often in politics, masculinity is a collection of a series of assumed positives, and freely excused character flaws for men. Meanwhile, everyone else has to fight to prove anything of themselves, and those flaws seem to be assumed at the drop of a hat, or perhaps even an email.