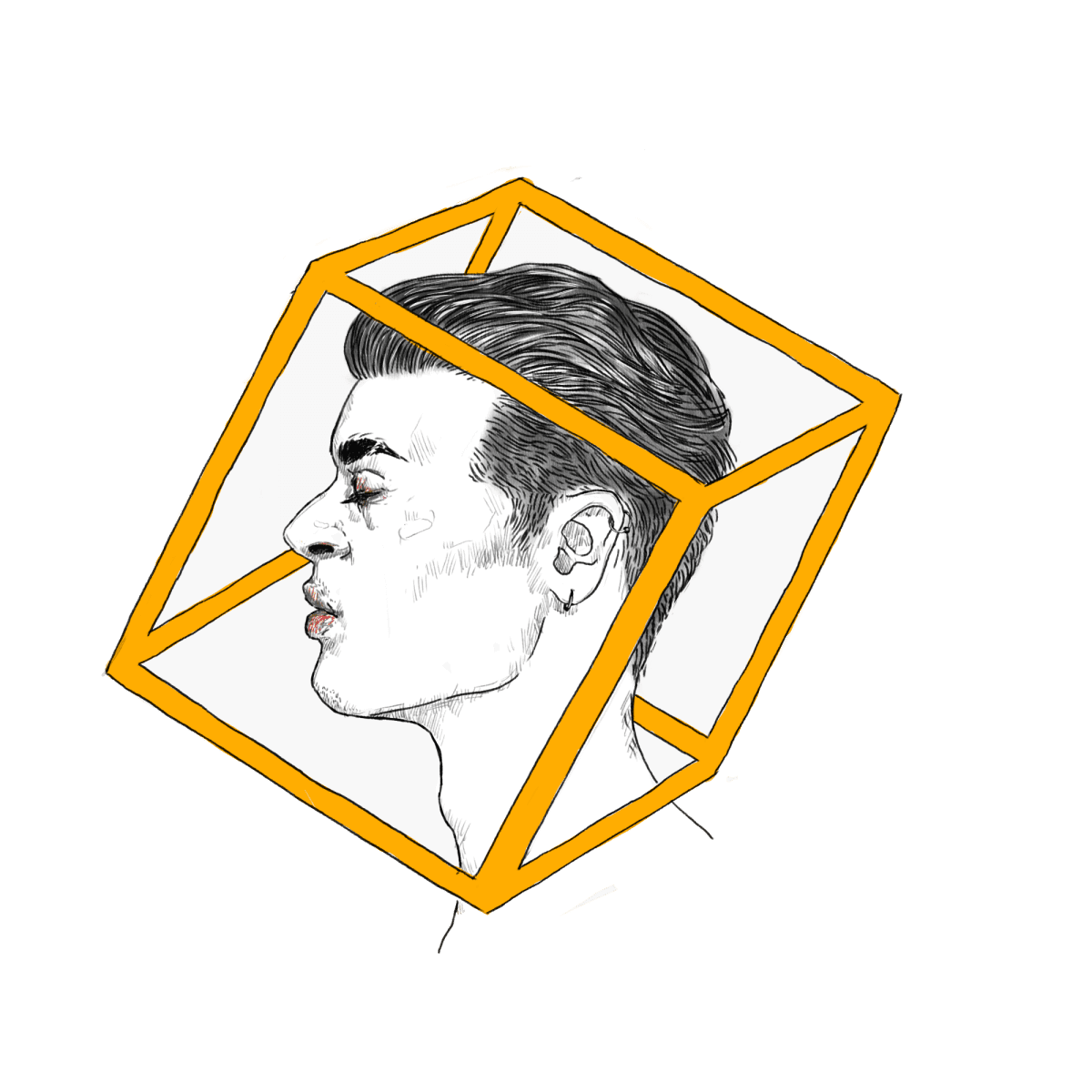 Picture the cover of Men’s Health – there is an image of a muscular, incredibly lean man surrounded by garish slogans like ‘GET RIPPED NOW’ or ‘SUPERMAN WORKOUT PLAN’. The image of ‘the man’ is, and has always been, intrinsically linked to his physical appearance. Ideally, men would want to have a toned body, a strong jaw, broad shoulders and most likely have full facial hair. Biology obviously determines these characteristics but the reason for which they’ve become the epitome of what a man should be is based on tradition, societal values and marketing.

We’re socialised to link masculinity with strength, which translates to several behavioural attributes that males are expected to conform to if they are to be considered the ideal bloke. This notion varies depending culture, of course, but a Western context assumes that men engage in sports like football or rugby, that they aren’t ‘emotional’ and they probably drink beer. This Australian stereotype is typically handed down to a son by his father, and reinforced by his schoolmates. Unfortunately, this tends to exclude those who don’t have this family dynamic or the desire to conform to this stereotype. These young males can be left to hang out with, to the dismay of his burly dad … girls. And in comes a host of issues for the young lad – being called too girly, weird or, even worse, gay.

All these negative connotations are, unsurprisingly, linked with being feminine. To a child, femininity is being interested in things like art, not sport, or crying. Femininity as an adolescent develops to include new attributes like how you dress, or how much you drink or your sexual orientation. If you have the audacity be interested in the arts and wear a scarf, you’ll risk being branded a fag or girl by the football players in your year. Interestingly, being attracted to the same gender changes how society sees you regarding how ‘manly’ you are. No matter how much you might fit the mould visually, as long as you have the dreaded ‘gay lisp’ or are actually gay/bisexual, society will instantly associate you with some level of femininity. Because that’s what women do: they’re attracted to men.

Of course, all this information isn’t revolutionary. But the reality is that the public is still inclined to view queer* or non-stereotypically masculine men as feminine. Media, too, shows a sense of discomfort toward those that seem to display traits of both a feminine and masculine character. Personally, I’ve always associated myself with both. I was that typical ‘girly’ boy you had in your year that you thought was annoying but otherwise OK (at least, I hope that’s the worst people thought of me). I obviously copped a bit of abuse about the way I acted and dressed, but the transition into university has forced me, as well as others, to reconsider my self-image. University ­– where fashion, style and mannerisms are based less on the small group of people you see every weekday and more on your hobbies and enjoyment – seemed to shift my focus. I’ve grown more confident in myself and my choices and no longer avoid wearing something only because I think that someone might tease me for looking too gay.

But this all asks the question – why does not fitting in with the stereotype make someone worthy of being branded as a social outsider? Even in the gay community itself, there’s enormous negativity towards not exhibiting typically masculine traits. I think that the phrase ‘masc4masc’ has traversed outside the Grindr-users’ circles and is probably heard by anyone whose friends use the app. It’s an incredibly toxic phrase that equates ‘femmes’ – the Barbra Streisand, Lady Gaga diva-phile that we know well – with being weak, or somehow degrading. Whether the gay men who propagate this phrase believe that their sexuality narrows their suitors to ‘actual men’ or that they are somehow embarrassed to be seen with a feminine partner, they are only part of the bigger problem. It’s both disappointing yet somehow typical that a harmful stereotype is reinforced even within the community it affects.

In all honesty, the way you act – traditional or not – shouldn’t matter. People have so many internalised phobias that affect both how they act and how they see themselves. I once had a bit of a giggle when I overheard a North Shore private school boy say: ‘Yeah, I would wear scarves and gloves, but I don’t want for people to think I swing that way.’ Note, however, that it was objectively cold and approaching Canberra winter, and someone would rather be cold just to avoid an underlying connection between wearing scarves and sucking dick. Of course, your self-image and your view of your reputation are important to a degree. But, when outdated stereotypes get in the way of wearing a piece of fabric around your neck, something’s got to change.