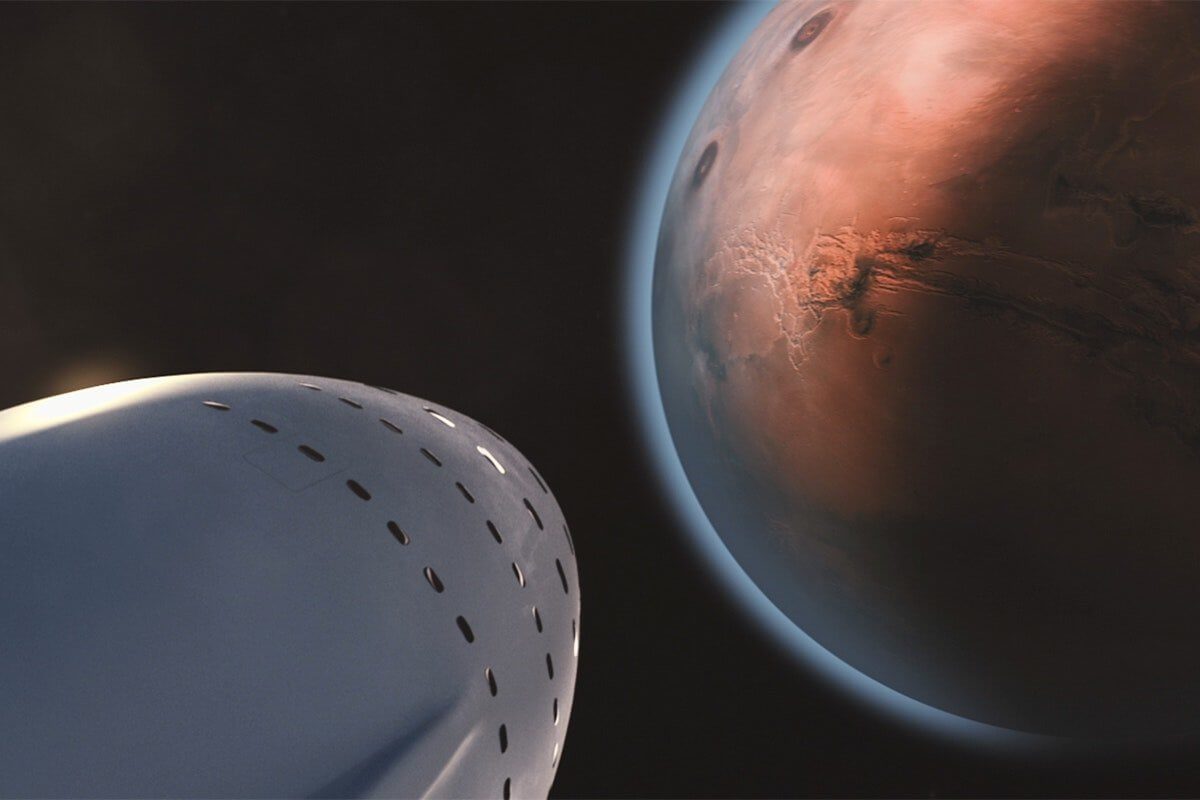 “On Earth, where there’s water, there’s life. Could be we’re not alone.” – Chris Hadfield, CSA & NASA

For thousands of years, humans have gazed at the stars and dreamed of the possibilities that lie beyond this small, blue planet which we call home. From down here, the sheer enormity of space can be difficult to grasp. The Earth orbits the sun, which spins in a galaxy alongside another 250 billion suns. Further beyond still, our Milky Way Galaxy is merely one of an approximated 100 billion other galaxies. Either we are alone in this enormous universe, or somewhere out in the vast, all-encompassing darkness, there exist other lifeforms surviving in environments completely different to our own. The question as to whether we are alone in the universe remains contentious, but perhaps the answer to this search could be much closer to home than expected?

On Wednesday the 25th of July, Science Magazine published evidence of a vast liquid-water lake located beneath the south pole of Mars. This ground-breaking discovery comes after decades of investigation into the conditions of our planetary neighbour and has led some to believe that life on Mars, either past or present, is a real possibility.

Could life have once thrived on this desolate and barren wasteland? If networks of liquid water do exist below the freezing surface, could microbial life still survive and thrive there to this very day? Perhaps it is possible that we are not alone in our own Solar System…

Let’s take a look at what we know so far.

1972: Images from NASA space probe Mariner 9 reveals dry river beds and canyons on the surface of Mars, as well as evidence of water erosion, weather fronts and fogs. This was the first evidence of water on Mars.

1978: The Viking program returns images to Earth of geological formations on Mars’ surface, typically formed by large amounts of water. These include rivers, valleys and dams.

1997: The Mars Pathfinder mission observes rock formations consistent with strong flood waters in the past. This mission also reports evidence of clouds and maybe fog.

2003: Technology on board the Mars Odyssey detects vast quantities of ice water under the surface of Mars.

2003: Trace amounts of methane discovered in Mars’ atmosphere introduces the possibility of microorganisms inhabiting the planet.

2006: Photos of two craters on Mars are released, pointing to the possibility of liquid water existing on the planet.

2007: The Spirit rover uncovers a layer of Martian soil containing evidence of a past hot spring environment, which would have been ideal for microbial life.

2008: The presence of water ice on Mars, detected by the Mars Odyssey mission, is confirmed by the Phoenix lander.

2010: The Mars Reconnaissance Orbiter reports strong evidence for sustained precipitation and locates many ideal sites to investigate for evidence of life.

So, do these discoveries point towards the existence of life on Mars? That’s the thing: we have no idea. Theoretically, if the liquid lake is found to be a part of a larger network of underground reservoirs, microbial life could be discovered under the surface of Mars. Microbial life can survive and thrive in environments which are generally considered extreme and inhospitable, so there is a chance that if Mars was once teeming with microorganisms, life may still be present. It is important to remember that despite this exciting discovery, there is currently no solid evidence to confirm this theory. Years more research is required to even come close to determining whether life existed, or still exists, on Mars.