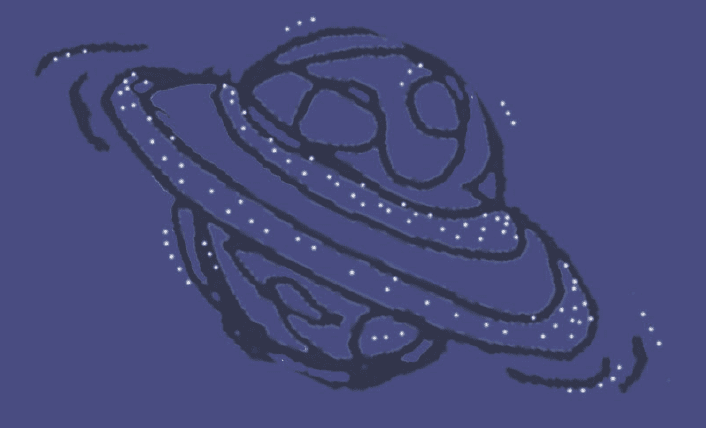 Each year in October, students, researchers and STEM professionals tune in for the awarding of one of the highest honours in the science community: the Nobel Prize. In the categories of physiology or medicine, chemistry and physics, scientists are presented with these awards in recognition for their exemplary contributions to their respective fields of science. This year, nine accomplished scientists were awarded Nobel Prizes and joined the ranks of extraordinary past Nobel Laureates such as Marie Curie, Alexander Fleming and Albert Einstein. So, who were these scientists and what did they discover? Find out below from ANU’s own next generation of scientists and engineers!

Nobel Prize in Physiology or Medicine

Many organisms require oxygen to create energy in a process called aerobic respiration. Although we have been familiar with the importance of oxygen for a long time, our understanding of how individual cells adapt to changes in the availability of oxygen has been limited.

In 2019, the Nobel Prize for Medicine was awarded to William G. Kaelin Jr, Sir Peter J. Ratcliffe and Gregg L. Semenza for their ground-breaking discovery on ‘how cells sense and adapt to oxygen availability’. The result of their research has opened new doors on promising and exciting new ways to treat a variety of diseases, such as anaemia and cancer.

Kaelin, Ratcliffe and Semenza’s combined work led to the identification of key regulatory protein structures and genes, which demonstrate an oxygen sensing mechanism on a molecular basis. Semenza examined the gene responsible for the production of the hormone erythropoietin (EPO), which mediates the production of red blood cells. He discovered that vicinal segments of DNA were involved in regulating the response to changes in oxygen levels. Ratcliffe’s group also studied this gene and both teams found this mechanism to be present in essentially all tissues, such as muscle and fat. Semenza discovered a key oxygen-dependant protein called the hypoxia-inducible factor (HIF) that controlled this response.

Kaelin, a cancer researcher studying von Hippel-Lindau disease (VHL) which involves a dramatic increase in the risk of cancer, discovered that the VHL gene was linked to an overproduction of oxygen-regulated proteins. This gene was then found to physically interact with HIF in a process that regulates our oxygen-sensing mechanism.

As a consequence of their research, our understanding of how oxygen levels influence integral physiological processes has greatly expanded. Oxygen-sensing is fundamental to the finetuning of metabolism in muscles, the immune system, foetal growth and the development of new blood cells. More importantly, a failure to detect levels of oxygen is related to a number of diseases, such as cancer. Cancerous cells can take advantage of the systems that are controlled by oxygen to trick the body into growing blood vessels to supply a growing tumour. Because of Kaelin, Ratcliffe and Semenza’s research, intense effort is directed towards the development of drugs that will interfere with oxygen-sensing mechanisms to treat these diseases.

The Nobel Prize in Physics this year is dedicated to astrophysics: a very interesting field that is perhaps almost as overused in science fiction as quantum mechanics is! The 2019 prize  was recently announced on October 8 by the Royal Swedish Academy of Sciences, with the winners being James Peebles, Michel Mayor and Didier Queloz. James Peebles was awarded half of the price for ‘theoretical discoveries in physical cosmology’, with Michel Mayor and Didier Queloz each sharing a quarter for ‘the discovery of an exoplanet orbiting a solar type star’.

In the 1960s, physical cosmology was considered a ‘dead end’ and had very little interest from the community, but Peebles remained committed. His dedication did not fail him: he made significant contributions to the Big Bang Theory, most notably  the prediction of the cosmic microwave background radiation (CMBR). When looking at the sky with a radio telescope, a white noise at around a 15 megahertz frequency can be constantly heard. Interestingly enough, this frequency does not change at all no matter the direction you point your telescope, as it is homogeneous and isotropic. This is because of CMBR: the weak but engulfing energy that fills our universe. This radiation is thought to be the relic of the Big Bang, and an attribute to the expanding universe.

Imagine this: in the beginning, a small, primal universe would have been filled with hot, intense opaque energy ‘soup’. As it expanded, this soup would cool down as it was spread over more space. At some point, it would cool down enough so that atoms, the building blocks of the universe, could form. As these atoms were formed, they would leave space for light particles to travel freely instead of bouncing off smaller particles, like protons and electrons, as they did previously. As the universe kept expanding and cooling down, wavelength of these light particles, known as photons, would get longer as they lose energy until they would get to microwave wavelengths. The existence of this visible radiation that fills the universe massively supports the Big Bang model, helping to detail the origin of our universe. Peebles was a part of the team led by Robert Dicke, who predicted that since the early universe was filled with energy, there should be some residue of this energy that still exists today. Following this prediction and then subsequent discovery, Peebles went on to focus on understanding the structure and the growth of an early universe that can be extracted from CMBR. His research played a large role in shaping physical cosmology as the field we know it today.

The second half of the Nobel Prize focused on exoplanets. A binary system, where two large masses spin around each other, can be discovered through the analysis of radial velocity, which is the rate of change of distance between an object and an observing point. In Mayor and Queloz’s research, the observing point was our dear planet Earth and the objects were stars. When viewing different stars, they noticed that some were wobbling towards, and then away from, Earth in a periodic pattern. This indicated that there must have been a body of mass near these stars, and that these two objects were spinning around each other to create a wobbling effect. Through refining the measuring equipment, they could measure smaller radial velocity which allowed them to observe smaller wobbles and, consequently, smaller masses around these stars. In 1995, the pair noticed a mass wobbling around the star 51 Pegasi. After analysing the tiny radial velocity, they could conclude that this was a planet roughly the same size as Jupiter, orbiting 51 Pegasi . This was the second time a planet was found to be orbiting a main sequence star, the most common type of star, with the first being our own sun. This discovery pushed an intensive search for more exoplanets research, and awarded them half of the 2019 Nobel Prize in Physics.

Especially following these Nobel Prize recognitions, no one can deny that astrophysics is pretty cool!

It is rare that a Nobel Prize is awarded for something that almost everyone has touched or held in their own hands! This Nobel Prize discovery underpins the world’s digital devices, electric cars and provides energy storage for renewable power… The 2019 Nobel Prize for Chemistry was awarded to the scientists who developed the lithium ion cell battery. Three researchers, material and mechanical engineering professor John Bannister Goodenough, and chemists Michael Stanley Whittingham and Akira Yoshino, collaborated on the chemistry and design of the battery to bring it to Nobel Prize glory. They were driven by the 1970s oil crisis and the need to store renewable energy.

Modern lithium batteries are scalable: small for phones and big for electric cars. They work by allowing charged lithium atoms, known as lithium ions, to naturally flow from one battery material to the other, which creates an electric current used by a device. There is a finite number of these atoms in the battery and when they have all flown out of the old material the battery needs recharging. When charged, the lithium ions are forced flow back to the original material, ready to flow down when unplugged and make more electricity. That’s what happens every time you charge and un-charge your phone battery. It’s like rolling a ball up a hill (charging), and then letting it roll back down again (discharging).

In the development of lithium batteries, Whittingham discovered the energy-rich material called titanium disulphide, which had the ability to store lithium at the atomic level. This battery was effective and could store ten times the energy as lead acid, which was a common battery composition. Unfortunately, this design would explode after extended use.

In 1980, Goodenough swapped titanium disulphide for another material: cobalt oxide. With this change, batteries were now creating a battery voltage of up to four volts – roughly the voltage of a modern AA battery.

Finally, Yoshino’s contribution was replacing the metallic lithium in the battery with the material petroleum coke layered with lithium ions. This development was the one which made the battery much safer. This form was commercialised and first sold as a rechargeable battery by Sony in 1991.

We now see these batteries everywhere, and in the present world we would struggle without them. The development of lithium ion batteries is certainly a deserving and practical Nobel Prize.