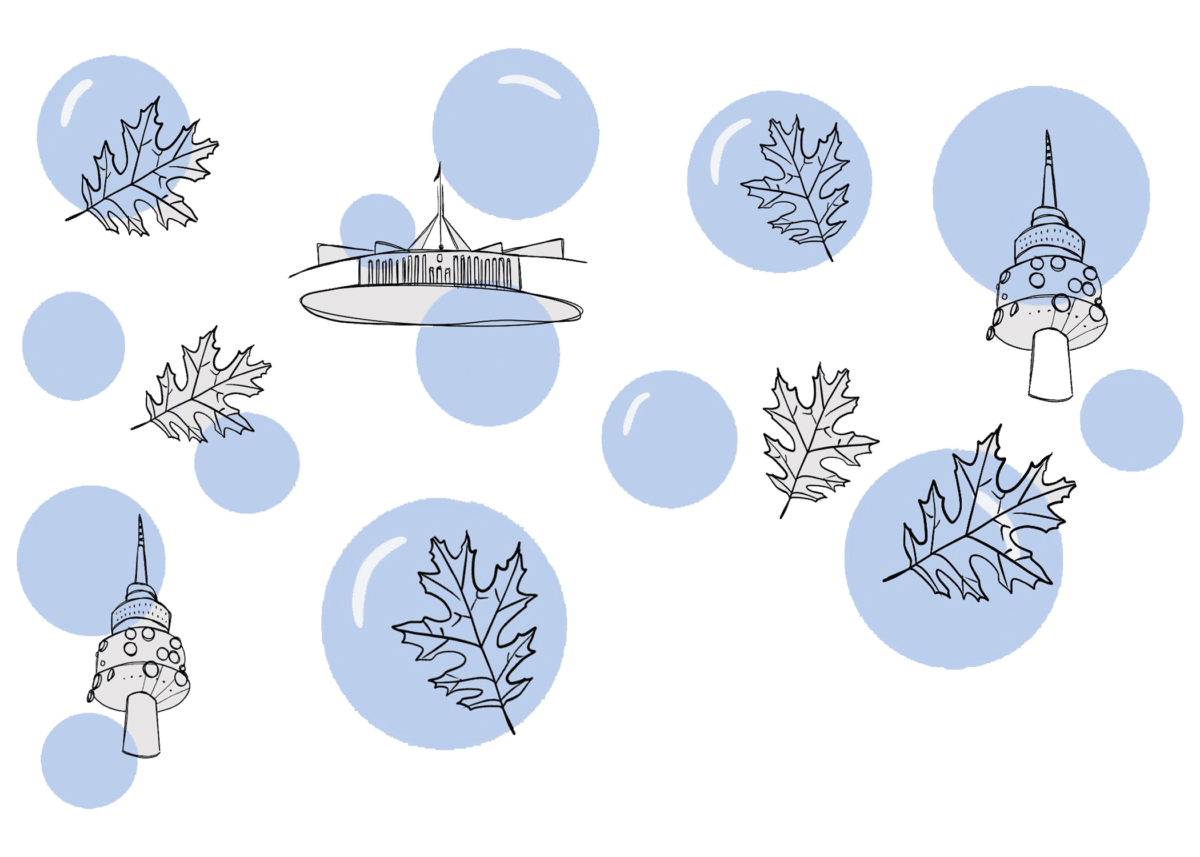 Exams were over and the semester concluded. Along with it went many time constraints and commitments, leaving me pondering what to do with my Canberra winter. I didn’t have the money to travel, and my life didn’t stop with exams. But after a semester of studying, all I wanted to do was to take a break from ‘normality.’ By chance, I had been invited to a couple of parties one weekend, and I decided that if I was unable to go to Europe or ‘find myself’ in Bali I could at least escape the cold for a weekend.

The scene was set; my Murrays bus to Sydney was booked. The week leading up to my adventure was as hectic as it could have been, as it dawned on me that I definitely still had a shopping list of things to do. Maybe it was a hangover from exams when all the stuff that I had postponed finally needed to be done. The business intermingled with bizarre attempts to relax, to ensure I fully enjoyed and appreciated the holiday… only between the hours of 6pm and 9pm. It all culminated on the interstate bus ride (which I almost missed) where I intermittently alternated between napping and emailing on my phone.

I tried to cram in as much as possible into this long weekend, complete with family time, sightseeing and a multi-city bender. But in the end, what stood out about the experience were the people I had made the time for.

The weekend was structured around seeing three people in particular, all of whom, distance dictates that I don’t see for months on end. I spent many hours with each of them in largely unplanned, sprawling interactions that we simply allowed to naturally progress. My grandma and I, started off with lunch and ended up hiking in fog so thick you couldn’t cut it with a knife. In some way we compensated for the infrequency of our interactions by squeezing out every precious drop of time.

We talked. We talked about each other’s lives, our plans and apprehensions. We skipped over many of the small things that could be said over messenger. Since time was so limited we caught up on the more complicated stuff, which doesn’t translate into faceless communication. We told stories of the memorable moments, forgetting the minor details surrounding them. And so it was that I not only found out about how they were, but I actually found out how I was.

As I would describe events which had happened or explained where my head was at, I had to provide more background and context to ensure my listener could follow me. In order to understand the chapter, I needed to reread the book from the beginning. And guiding them through the story with hindsight meant that they could offer me perspectives that weren’t always available in the moment. They were able to humble me on things that seemed like great achievements at the time, and really appreciate the enormity of some moments of which I thought insignificant. The realities I had avoided facing by being busy or distracted unfolded before me, and I was confronted when more than a few truth bombs were dropped on me.

These weren’t my best friends or exceptionally close family members, but their perspectives as people more removed were just what I needed to hear. My best friends had been there every step of the way while I had been performing the daily grind and had helped me navigate the obstacles as they appeared. But with distance came broader appreciation and perspective on some things that are hard to evaluate up-close.

Although I often scoff at the phrase ‘the Canberra bubble’ as a superficial critique used to avoid serious questions, it does have some merit. Canberra represents an opportunity for unique perspectives and intellectual debates stemming from being situated at the heart of the country’s government and being surrounded by the experts who serve and advise it. But that is also its greatest failing, as it becomes tragically easy to let the bubble float away from the realities of the rest of the country.

Even the ANU, as a human environment, isn’t and can never be a true reflection of the rest of society. It is an environment where the majority of the student population sits within a small age bracket that enjoys a degree of privilege by virtue of having attained the requisite education level for entry. The ANU is also unique amongst Australian universities in creating a class barrier by virtue of the monetary burden imposed for relocating and living in the most expensive city in the country for renting. Consequently, the Overton window of perspectives to which we are commonly exposed is more limited than the rest of the country, especially when Canberra, the little bubble in which we live, does not offer the same diversity as the major city hubs.

I had unwittingly allowed my Canberra-uni-problems to carry away my perspective in a bubble, and it took a physical escape from the cold capital for me to realise it. Perhaps I didn’t fully take-on Grandma’s advice from the weekend. Maybe I’m still figuring out how to be less awkward when I receive compliments from my friends. I came back to Canberra and returned to being perpetually busy, because unfortunately life doesn’t take a vacation. But I think that their advice helped me consider things a little more long-term and be a little more self-aware. I was shown the little bubble around my head and became better off for it.

Can We Please Stop Being so Obsessed with Virginity?