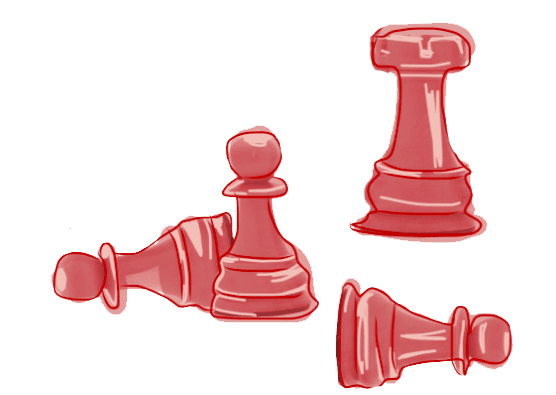 The ANU Has a Class Problem

It’s hard to deny that the ANU is an elite institution. An obsession with world rankings and becoming the ‘Harvard of Australia’ encapsulates a vision for our university where only the best and brightest can step foot on campus. For a Vice-Chancellor like Brian Schmidt, this may seem like a noble goal. But for a working class student from country NSW like me, best and brightest only has one meaning – rich.

Class has a monumental impact on the type of education you’ll receive in life. Whether it’s being able to afford a ‘better’ private education, pay for extensive tutoring during the HSC or even having the means to finish year 12 at all, your family’s income is the great determiner. For many living in poverty across Australia, higher education isn’t on the cards. Working class kids have instilled into them that they aren’t smart or good enough for university, and deeply flawed admissions processes like the ATAR system in NSW are ‘evidence’ that the best and brightest come from schools like Sydney Grammar and SCEGGS Darlinghurst, not schools like mine.

But for those of us able to overcome the challenges of admission – likely with the help of bonus point schemes – tougher obstacles stand in the way of moving to the ANU. It’s no surprise that moving costs money, and when you add up airfares, accommodation bonds and the array of personal goods needed to live independently, this skyrockets into the thousands. For those relocating from regional and rural areas, the Centrelink Relocation Scholarship is crucial. For those from places like Western Sydney, who may not be eligible for this payment and without the means to move, hopes of going to the ANU never eventuate.

A one-off Centrelink payment, however, does not easily solve the problem of finding accommodation in Canberra. With some weekly college rents equivalent to nearly the entire fortnightly sum of the maximum away from home rate of Youth Allowance (around $430, subject to additional rent assistance payments), even someone who is lucky enough to find casual part-time work will struggle to cover this cost. This is not only because Youth Allowance rates are heinously below the poverty line, youth unemployment is staggeringly high, and being expected to balance study and work can be an impossible task. It is largely because accommodation on campus isn’t affordable, meaning working class students at the ANU miss out on the pastoral care and communities that are so valuable to young people moving away from home for the first time.

As someone who was lucky enough to receive a scholarship and able to afford to live at a college during my first year, I spent some of my initial few nights at Bruce Hall in my room miserable, convinced that the ANU wasn’t the place for me. Everything was different. The people were different; they talked in a different way to me, they used different euphemisms, they dressed differently, had different interests or hobbies or habits that had all been informed by affluence. This made for an alienating period of adjustment, compounded by paranoia that I wasn’t ‘passing’ for middle class, and that people would find out I was secretly poor.

As much as I’d hoped these feelings would go away, they never really did, simply because class is ever present in our lives. It’s challenging to find others at the ANU who share a similar experience, largely because we’re conditioned not to talk about class and poverty, as if they are moral failings and something to be inherently ashamed of. And, when we do talk about it, we speak of generalised student poverty as if this is the first time in our lives we have ever had to live off two minute noodles. What significantly adds to this challenge, however, is the lack of working class students on campus to begin with.

One of the most recent ANU Student Data Summary Reports released in July this year reveals just how few of us there are. Out of a total 23,761 students enrolled – including non-award and enabling students, undergraduate students and postgraduate students – the report says that only 551 came from a low-SES background. That figure means low-SES students make up roughly 2.3 per cent of the ANU population. That percentage is the lowest in the country and has not risen but fallen since 2012. Some may be surprised, but for those of us who’ve come from poverty, this only reflects the reality we already know: the ANU has a class problem.

Universities having a problem with class is nothing new. The academy itself has traditionally locked out working class people from its ranks, the middle class elite studying inequality from ivory towers while continuing to perpetuate it. As British ethnographer Lisa McKenzie has written, working class students, who are rooted in their communities and people who could help highlight the topics important to them, see nothing but the high, unjust prices now demanded by our universities – especially at postgraduate level.

What is surprising, however, is the fact the ANU management and advocacy bodies like ANUSA believe they are doing so well. Truly convinced they will still meet the 8 per cent target of low-SES enrolments by 2020, Vice-Chancellor Brian Schmidt and Deputy Vice-Chancellor Marnie Hughes-Warrington talk about their grand aims for low-SES inclusion, most recently using plans for admissions changes to feign genuine concern for working class students. I find the words of Brian and Marnie hard to believe when most of us can’t even afford lunch in the Pop-Up Village. Meanwhile, ANUSA holds workshops on low-SES inclusion and accessibility, while its executive body largely remains a playground for wealthy stupol hacks.

It’s hard to imagine this class problem changing anytime soon. Our University is descending down the neoliberal rabbit hole of corporatisation, and the government continues to wage its war against young people. Meanwhile, the administration is extending upon its shambolic redevelopment plans and locking out students from their own campus. While this is all taking place, working class students will find it hard to not only achieve but survive at the ANU.

I’m not ashamed to be a part of ANU’s 2.3 per cent of low-SES students, and neither should anyone else be. Being able to excel academically and muster the means to move interstate has made us exceptions to the rule that says growing up in poverty will limit your chances at getting a degree. But the rules are unjust, and we need to fight to change them so that coming to university as a working class student is no longer considered exceptional.

We fight by campaigning for things like free higher education – a campaign in which every protest is a deeply personal experience for me. At NDA’s, at Parliament house and inside the National Press Club I fight for the right for my friends, my family and people from working class communities like mine to have a shot at being here.

On Thursday 19 October we’ll again be meeting on the lawns of Parliament House, holding the Senate to account for continued higher education cuts. If you believe class and money shouldn’t hold anyone back from learning, come join us.