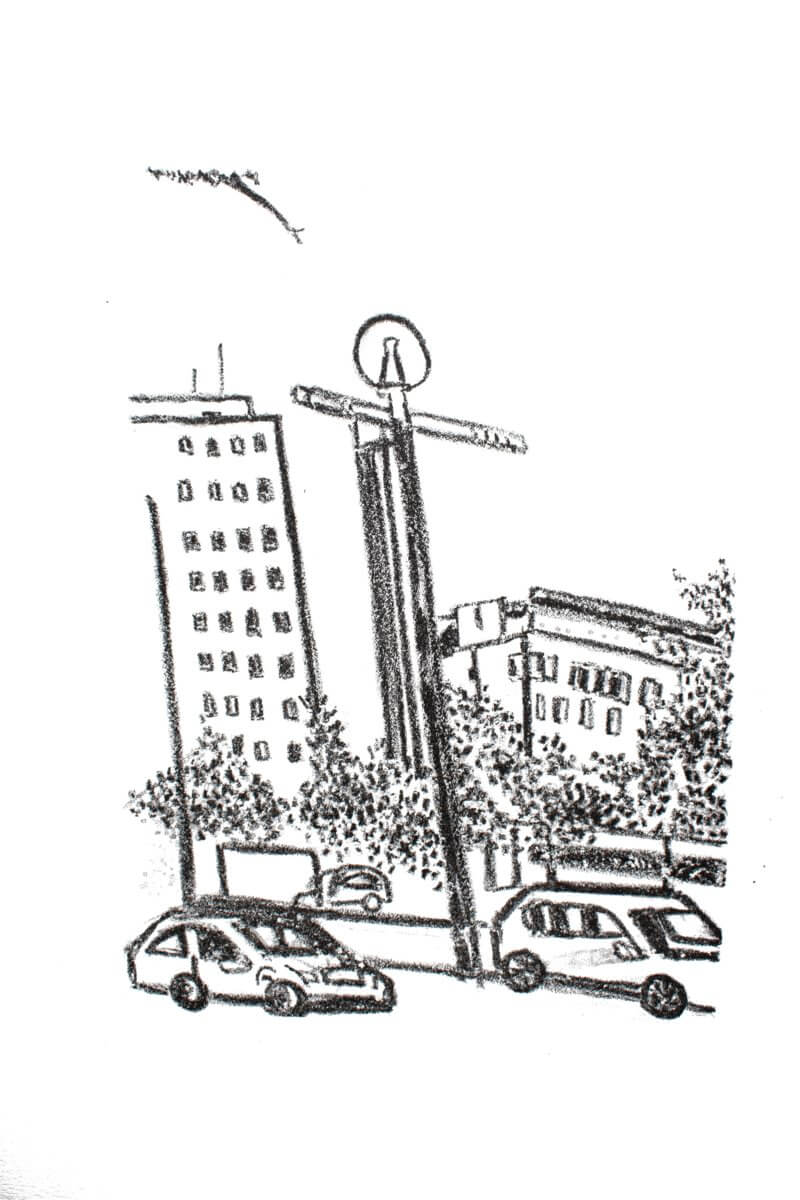 I’m a stranger amongst these bushed seas. Still after calling this place home for the past four years, I still can only appreciate parts of our city. Studying at the ANU and living in Canberra are intrinsically linked. Perhaps, this is my tale of keeping on. After being here for so long and by writing this article I’m hoping I’m able to self-justify my continued existential existence. As the days pass, I feel an increasingly disjointed sense of self— torn between what I came here to do originally and what I am doing now.

Canberra has perhaps some of the widest lanes on its roads, and equally, a diverse and widening depth of opportunities for those who come here for a new future. This was the hope and motivation that made me move here all those years ago. But as the university year restarts and the summer weather crawls into the retreats of autumn, Canberra returns to a cold atmosphere. With the plummeting temperatures and blistering winds, my own sense begins to freeze. Whilst the local populace and social hive of the city seem to continue on into the winter, it’s only with the passing of seasons to summer that my life returns to a sense of normality.

Politicians and the parliamentary year return to provide the endless theatre of spectacle we see in the halls of democracy. Public servants begin to crowd our roads and public transport in the peaks of the day. Marking their returns to the offices and frequented cafes after exhausting last year’s worth of accumulated leave. The endless construction sites and projects return to smite our undeveloped capital with endless amounts of light trucks and utes parked everywhere. Our small city centre becomes a hive of social buzz and pleasure on the end of the week trawls of Thursdays to Saturdays. And of course, both school and university students return to academia’s halls of wisdom in its lecture theatres, libraries, and classrooms.

For me, as the days go by, the capital’s routine begins to eerily plague my weeks and days. It’s only the working week that drives me towards the end. Perhaps a couple of years ago time seemed meaningless to me. Certain days of the week were only distinguished by who was out, and what was open. With growing up and working, time becomes more important to me, especially the weekends and days off where my commitments and obligations are not set in stone. After three years of the same student accommodation, a double degree spread out over four years, and the same chaotic over-demanding retail job, an indescribable toll has scarred my small soul.

The virus and the year we shall not mention initially offered a bleak future. It was terrible working in the frontlines of the life-draining supermarkets and studying by Zoom™. It was terrible for all of us. I was only beginning to appreciate summer, vacations and not adhering to routine. Last year was the year that made us wait for these things to come.

I guess writing this jumbled mess of words makes me feel catharsis and relief for what actually happened to me last year. The taking up of a full-time job and the decision to drop to part time studies were met with little resistance from my parents, friends, and ultimately me. It has eased my mind in terms of the instability caused by full time studies and part time work for such a long period of time. Having now also comfortably nested myself in the ANU-wide hated south, I feel more at ease than I did when I first came to Canberra.

I still question my decision to come to Canberra. Its people’s lifestyle, culture and life experiences are quite different when compared to experiences of people from the rest of the country. The upbringing of many townies could overwhelmingly be described as sheltered, comfortable, and in some respects, quite privileged. An overwhelmingly white population, mostly supported by government money on wages and salaries, a lack of diversity and regular engagement with outsiders from other parts of the country.

The complaints by many here are not only first-world in many respects, but out of touch with the realities that many other Australians in other parts of the country face. Arguments of continued skyscrapers, a loss of the bush capital’s trees, a lack of support for the elderly and traffic are common but easily reasoned with when considered with Canberra’s small population. In fact, Canberra’s experience of the COVID-19 lockdowns versus the experiences of the other states, especially Victoria’s prolonged second wave lockdown, revealed entitlement, dispassionate and self-absorbed reactions from not only our leaders, but from its people too.

Perhaps the Canberra bashing part of this article is too much, admittedly written when I was  sad and angry as well as after a seven hour wait in Cavalry Public. I return to what I intended to set out to express in this article. For me, the city which I unfortunately call my home was not built for the university student. It is and will be a city built for a different set of people at a different part of their lives. The structural issues with how Canberra is both geographically positioned, planned out and also internally run has perhaps meant interstate, first year university students are not the best placed to move into Canberra’s community. Whilst we can’t change how Canberra is both socially and economically structured, at least not in the short term, we can change the experience of those coming here.

So I implore you, the reader to perhaps adventure out into the local Canberran and wider Australian community and experience the issues facing most. The local stories of the Ngunnawal and Ngambri people’s struggles with recognition and healing as well recognising the conflict in both people’s claims over country. The untold plight of the disadvantaged and have nots, as well as issues around both community and affordable housing. And perhaps most importantly, the thousands of communities’ stories of pain gained from last year’s horrific bushfires and worldwide pandemic. These issues are perhaps worthy of mention. If Dr Andrew Leigh in his maiden speech to Parliament can state that Canberrans are some of the most generous, then surely empathy must be a common characteristic of our community.

Ultimately, I felt that continuing to study for a prolonged period of time was not for me, and it really shouldn’t be for all. There will be a point in time where some may feel that continuing to grind a degree at university is not worthwhile. There are perhaps more all-around benefits by going into the workforce early, not just monetary stability. After a chaotic couple of years working part time, balancing studies and social commitments a normal routine comes as a blessing

A firmer grip on time and the importance of organisation to managing time well. A better ability to empathise due to my work in the local community has meant that I engage with issues that aren’t taught in tutorials or books. And finally, the ability to feel like I am beginning my adulthood the right way. Reality matters more to me rather than hypotheticals, and this is perhaps the underlying reason why I decided work was, in the end, the right choice.

For the readership, this article may be confusing to read at first. Simply put, the city we trap ourselves in isn’t the best to fully support a long academic path like mine. Do other things outside of academia, the more life experiences you gain will be a credit to both you and perhaps the wider Canberran community. If this means stopping or pausing your studies, don’t hesitate or even double think it because it will mean a better outcome for all.

The routinely comedic story of many; came from a major city, got a hospo or retail job, did student society stuff and are either now in an internship or set to graduate, is perhaps something that should disappear. I’m for it, nothing of that life story is interesting. Of course professional success is desired by all but there is so much to miss out by going down that life story. Just like Finding Nemo, life can and should take you to places where you wouldn’t expect to be.