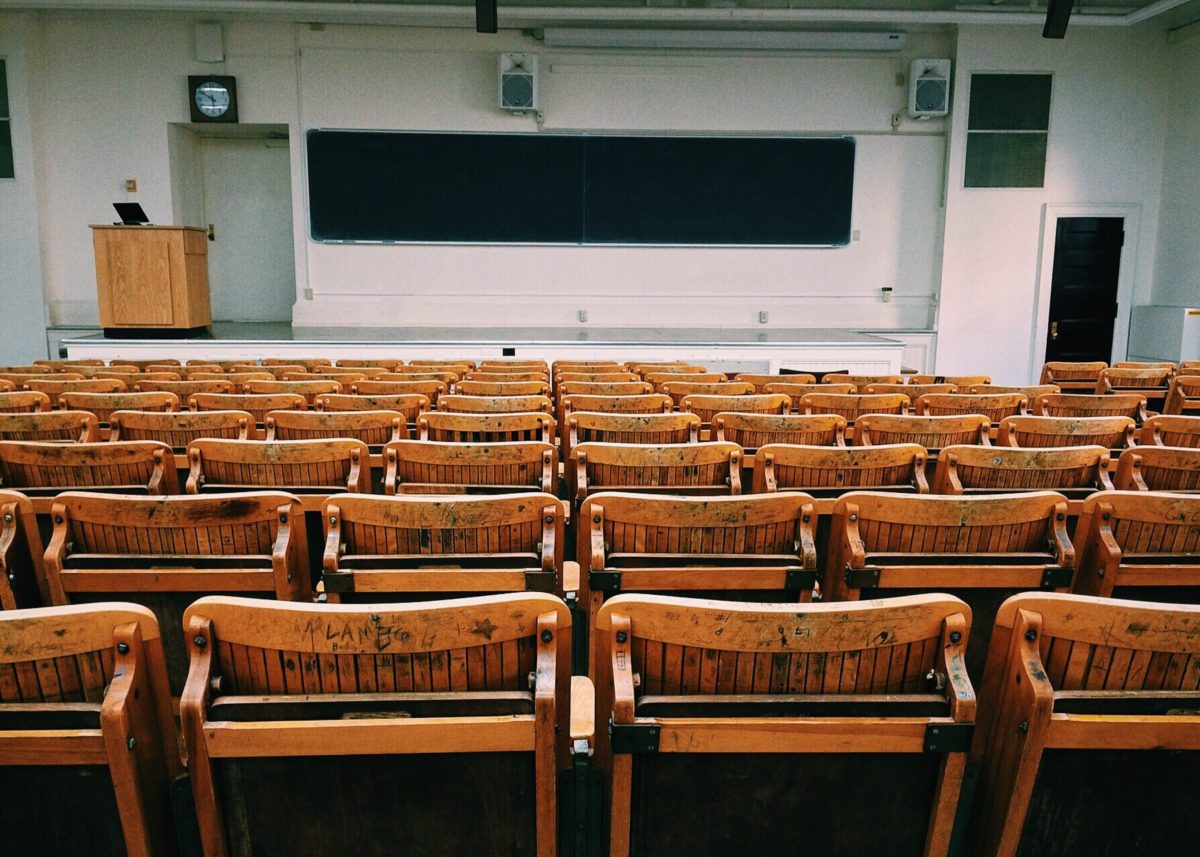 Cuts to programs. Falling academic standards. Rising residential tariffs. Corporatisation of services. Union Court demolishment. And now, Kambri. Our university is feeling less and less like our own. Public servants occupy the heart of our campus, eating overpriced food while ‘student-friendly’ eats are relegated to a back lane. University executives seem more interested in chasing corporate investment rather than ensuring student welfare. Yet, these decisions mark only the beginning of what’s to come. Over the horizon lies a fundamental shift to the structure of the university: the introduction of a fourth stakeholder, the alumni.

Students, academics and administration are the three traditional stakeholders in a university. Many decisions, from long-term visions to budgetary allocations, will affect all three for better or for worse. Yet, Brian Schmidt’s plan to transform the ANU into the ‘Harvard of Australia’ will throw alumni into the mix. His vision to reduce student numbers and course sizes, provide high-quality education, and support ground-breaking research will come at an eye-watering cost. Harvard, a university with a similar population, operates at four times the cost of the ANU. With a federal government averse to funding education and the university’s choice to restrict student numbers, its main revenue stream, where will the ANU get the money?

One answer is through its alumni. The ANU Endowment Fund for Excellence, where alumni’s donated money is pooled, sits at approximately 320 million dollars according to 2018 data. Almost all this money is restricted, meaning that it can only be spent on funding scholarships or programs that donors specify. The ANU can, however, make money from it by investing the funds and cashing the interest. The endowment fund is pooled with the ANU’s broader investment assets; amounting to 1,600 million. Investment returns in 2018 totalled 75 million, about 5.5 per cent, of the university’s revenue. This means, at best, alumni currently contribute about 1% to annual revenue. By comparison, Harvard’s endowment fund sits at 40,000 million and its investment returns made up 35 per cent of Harvard’s revenue in 2019.

While it may seem small now, the fund has tripled since 2008 – and the ANU intends to accelerate that growth. Improving alumni engagement and an improved philanthropy strategy are two of its key initiatives in its 2019-2022 strategic plan. By comparison, ensuring student safety and tackling campus sexual assault don’t even make the list. The ANU has also hired Barbara Miles as Vice-President (Advancement) to lead alumni donations efforts. In her previous role at the University of British Columbia, she ran, as the ANU describes, “the most ambitious fundraising and alumni engagement campaign in Canadian history”, raising 1,600 million from 130,000 donors. Underneath Miles are ten different teams tasked with alumni outreach and donor campaigning.

While the ANU touts the strengths of its new team and alumni outreach, it is quietly restricting information about its alumni and endowment fund. Reports from 2008-2015 provided a financial breakdown of the endowment and an honour roll of donors that includes the size of their donations. After Schmidt’s ascendancy to the Vice-Chancellorship, the 2016 and 2017 reports moved the honour roll online, where it can no longer be accessed. In 2018, the ANU repealed the Endowment for Excellence Statute 2012, which included a provision outlining expectations for alumni reports. In its place, the Australian National University (ANU Foundation) Statute 2018 makes no such provision for reporting. As a result, the 2018 report is scant on information and abundant in feel-good stories about the power of donations. Fortunately, the fund’s approximate value is still available the university’s annual reports to Parliament under its declaration of ‘restricted funds’. Still, the restriction of alumni information makes it harder to scrutinise the ANU on potentially questionable donations.

ANU has also removed access to endowment-related policies on its website. Attempts to access its policies on the ‘ANU Endowment for Excellence’ and ‘Code of Practice for philanthropy’ pages result in error messages. In response to an email enquiry, the ANU confirmed these policies have been repealed and replaced with a broader policy on ‘Gifts and Fundraising’. This difficulty in accessing alumni information won’t surprise anyone who has tried to organise alumni events on campus. The ANU insists that any messages or invitations to alumni be sent through its alumni office where it can vet the message and block students’ access to alumni contact information. Through this, the ANU remains the alumni’s sole information source, hampering student efforts to lobby alumni when the university acts against their interests.

What does this all mean for students? In the short run, we can expect to see more RM Williams around campus as fees rise and the ANU cuts costs. By putting a cap on its main revenue stream, as well as blowing the budget on the Kambri redevelopment, the university is in dire financial straits. Development of SA8 and ambitions laid out in the recent campus master plan point to further drains on the budget. On top of this, recent turnover and instability at the university’s executive level puts the ANU in a vulnerable position. Desperate to raise revenue, the university could end up taking larger risks and invest in private equity and hedge funds as some US universities have done. Students are already bearing costs for endowment shortfalls, as a portion of Bruce and Wright Hall residents’ rent is used to replenish the Tuckwell Scholarship program. The university’s financial situation also leaves uncertainty about whether the ANU will stand up to big donors with agendas. The ANU flirted with, but eventually rebuffed, the Ramsey Centre in 2018. Would it do so again?

In the long run, we will have to make space for the fourth stakeholder. The university’s recent changes to admissions, to move to a US-style system of holistic judgement, opens up the risk that the children of alumni will be admitted on promised donations rather than merit. The recent Harvard admissions scandal and Students for Fair Admissions lawsuit reveals how severely this quid pro quo has metastasised in the US. Furthermore, the voices of alumni will only get harder to ignore when there’s money attached. As part of training for calling alumni for funds, students are trained to deal with difficult questions, like why the ANU ‘hates western civilization’. When wealthy alumni start asking these questions with threats of withholding funds, this ramps up pressure on the ANU to fold. The ANU has also not yet been tested with backlash against controversial alumni. Recently, for example, a high-profile donor told a disturbing, legally questionable anecdote during a speech to students at a residential college commencement ceremony. How would the ANU have reacted to protests against that?

But there is a silver lining. Alumni are not at the beck and call of the administration. When Bruce Hall faced demolition, its Alumni Association filed an emergency application in federal court to stop the ANU from proceeding. Alumni in the US have regularly sided with students over racism on campus, sexual assault and poor administrative practice. When our interests do not compete, alumni can be effective allies with large resources and networks. Students behind Divest Harvard were able to rally alumni to their cause, raise funds, and even get alumni to recruit and pay professional activists. There’s nothing to stop the student body, residents’ committees and ANUSA from doing the same. If we are to move towards a ‘Harvard system’, then perhaps we should learn from those tried and tested in resisting it.