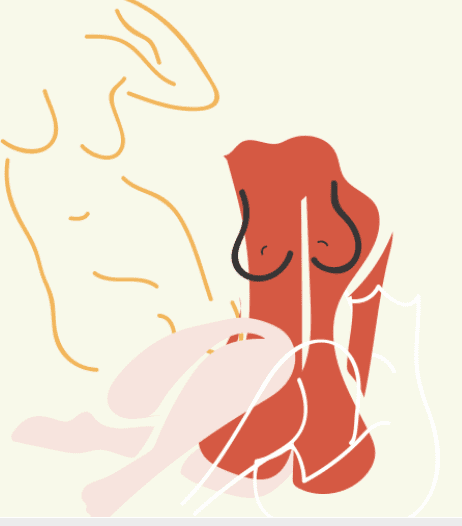 Can We Please Stop Being so Obsessed with Virginity?

I started university without having ever had ‘sex’. I’d done plenty of other things, with plenty of different people, but because I hadn’t had one particular appendage inserted into my vagina, I was branded a VIRGIN upon my arrival at college in first year. And it stayed that way for a few years.

I was never someone who was avoiding sex. I wasn’t necessarily afraid of the concept and I had no religious reasons to abstain or anything of that nature. It just didn’t happen for a long time.

And through all this, I felt an overwhelming amount of pressure. Sex became this unattainable thing I was missing out on. I didn’t even want it because I thought it would feel good or be fun, I just wanted to get my first time out of the way. And this was a real problem.

I felt it infiltrating my life in unexpected ways. I hated dating, because if it came to having sex, I’d have to tell them it was my first time, and that would be embarrassing, and they might not want to sleep with a virgin. And this mentality meant I would usually find a reason to call things off after one or two dates be- cause I was so afraid of that conversation. This problem made me think anonymous sex was the only way I would lose it, but even that never seemed to work out. Whether it was a missing condom, whiskey dick or vomit, it felt like some divine power kept intervening to stop me having sex. Then I considered the answer to my virginity could be sleeping with a male friend I didn’t have feelings for, only to be told by two separate friends that they “didn’t want the responsibility of taking my virginity,” as if it was some sort of burden I’d be bestowing on them. They were fine with giving and receiving oral sex though (fuck them).

My virginity became my dirty little secret. I would regularly lie to people about having had sex, because when I was honest it would elicit shocked responses. And as much as I love my best friends who did know about my virginity, they inadvertently pressured me too. They’d try to set me up with people I wasn’t that into in the hopes they’d be the one I’d have sex with. We’d talk in depth about why I had never had sex and how and when I would.

As the years went on, the more I felt these anxieties. It was as if the older I got, the more embarrassing my virginity was.

I remember being obsessed with the age at which I would have sex. At first I was determined to lose my virginity at 16, because I thought that would be a cool age at which to lose it. I almost did in fact, but as my childhood friend reached for a condom, I chickened out. Then came 17, 18, 19, and with each year, I thought I HAD to lose it before I got any older. Then finally, soon after turning 20, I first had penetrative ‘P in V’ sex under very dodgy, very unglamorous, and fairly unsafe circumstances. I won’t say I regret it, but it was certainly a decision made out of desperation, and with very little thought. I said yes to things I didn’t really want to do because I was so desperate to have sex that night, after so many times of coming so close and then it not working out. I just wanted to get it over with.

Even years on, now that I have had plenty of great sex, I will often lie about the age at which I lost my virginity. Why would I feel compelled to do that? Why are we so obsessed with something so trivial? We all know that the notion of virginity meaning ‘penis in vagina penetrative sex’ is completely irrelevant considering non-heterosexual sex, as well as the fact that even amongst straight people there are so many different ways to have sex. We also know that tradition- ally the idea of chastity and abstinence was key to a woman’s worth, and that women were once considered impure if they had pre-marital sex. While these damaging ideas are no better than the current standards, I can’t help but think we’ve swung completely the opposite way, where there is something wrong with someone who HASN’T had sex by a certain age. And this is all coming from the perspective of a woman. I can’t even imagine what it must be like for men who get branded as virgins, seeing how closely many men attach sex to their masculinity.

Despite all of this, I’ll admit that at times, I have joined in on the jokes. On some level it feels nice to be part of the club, that I’ll find myself brashly talking about sex, or joking about people who chose to wait till marriage. I now participate in the same forces that led me to have sex for all the wrong reasons. I know I’m not the first person to say this, but I really hope that we can get to a place where ‘virgin’ isn’t seen as an insult, or even better where virginity isn’t a concept or concern at all. As long as there is informed consent, why should anything you have or haven’t done before be relevant?

To people who, whether consciously or unconscious- ly, contribute to the toxic social norms surrounding virginity, please consider that your jokes and asides can have real and long-lasting effects on people. And building up your own self-esteem by mocking virgins only makes you look a bit pathetic.

And to people who related at all to the experiences I shared here, please try and drown out the noise as much as you can. Even though it might feel like it will never happen (I’ve been there), respectful safe sex is worth the wait, and you shouldn’t have sex for any other reason but because YOU want to.

Families in the Media