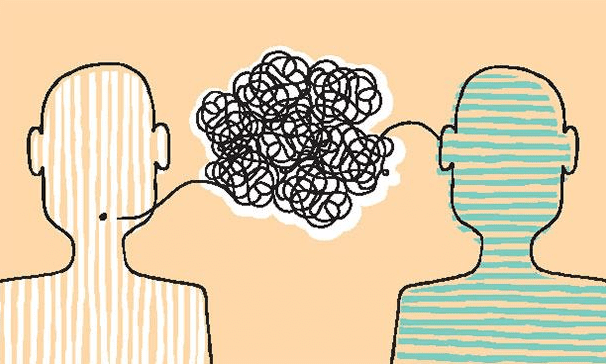 The Perils of Loaded Language

‘I think it’s good that we’re all a little racist.’

I’m an Australian community pharmacist with Chinese heritage and that’s what one of my regular patients said to me one day. A little taken aback, I asked, ‘Oh? Why do you say that?’ Referring to the recent census results, the patient said that half of Australia’s population were not born in Australia (this is not true), but ‘…I mean I think it’s good that we all look a bit different. I think it’s good that you look Chinese.’ To some of you, this probably seems like a very strange exchange. In community pharmacy, it’s not uncommon. Another example – after counselling an elderly patient on her blood pressure medications, the lady looked at me, patted my hand and said, smiling, ‘You speak English so well for an Asian.’

The language used by everyday people is not the same as the language used in the media. The media constitutes a profession that is generally highly educated (some would say, a part of the ‘elite’ class). Journalists have to think about the language they use a lot more than the average person. Let me ask you – which do you think is a more apt description, ‘illegal immigrant’ or ‘asylum seeker’?

The Australian Press Council (APC) recommends journalists use the term ‘asylum seekers’ in most circumstances. The Howard government liked to say ‘illegal maritime arrivals,’ while the subsequent Labor government preferred ‘irregular maritime arrivals.’ Tony Abbott brought back ‘boat people,’ a term coined in the 1970s that initially described refugees fleeing Vietnam after the fall of Saigon. It’s a strikingly anachronistic term in the vein of ‘Chink,’ ‘Abo’ or ‘Wog,’ and shows how much we – and our use of language (at least in public) – have progressed.

The truth is, the language that you use probably determines how you feel about an issue. The APC warns that the word ‘illegal’ may unduly imply ‘criminality or other serious behaviour,’ –emphasising that most people who come here without authorisation are seeking a legal right to stay in Australia as refugees. However, some think that ‘asylum seeker’ deliberately avoids the fact that these people are entering Australian borders illegally. They are frustrated that the media’s obsession with political correctness has made it impossible to call a spade ‘a spade’.

Censoring language, however well–intentioned, can be subversive. The Rotherham child sex abuse scandal in the U.K., where at least 1400 children were abused between 1997 and 2013, ignited a firestorm over the problem of institutionalised political correctness. Most of the perpetrators were of Pakistani heritage, but police and officials were blasted for deliberately failing to acknowledge obvious ethnic and community ties for fears of being accused of racism.

The initial reluctance of the German media to cover a wave of sexual assaults during the 2015/2016 New Years’ celebration by men described as having North African or Arab appearance was blamed on the media’s fear of stoking anti–migrant sentiment during the refugee crisis. It reinforced the perception that the media (knowingly or unknowingly) tends to skew coverage a certain way.

In the U.S., Obama was constantly pilloried by the right for failing to say the words ‘radical Islamic terrorist’ (he has used those words, just not in that exact order). In 2014, he said, ‘ISIL [the Islamic State of Iraq and the Levant] is not Islamic.’ His intentions were good – he wanted to make the distinction between ‘Islam’ and ‘Islamism’ (trust me when I say that nobody but journalists and politicians would know the difference). He was wrong – ISIS is very Islamic and it would be folly to ignore the fact.

To his supporters, Trump is the antithesis of political correctness. His diatribes are inarticulate, grossly offensive to grammar–heads and crudely effective. Remember the time he said that ‘all Mexicans are rapists?’ He didn’t say that. What Trump said was this:

Trump was talking about illegal immigrants (or undocumented immigrants, depending on your political bent). His language is emotive, absolutist and appeals to baser instincts of fear and anger rather than reason or evidence. It’s language that incites and exploits stereotypes, and it’s dangerous. At the same time, implicit within a statement like ‘Mexicans are bringing drugs and crime to the U.S.’ is an acknowledgement of the opioid epidemic gripping many parts of the country as well as concerns about the impact of illegal immigration – in particular, the link between illegal immigration and crime. In the latter, there is surprisingly little evidence on either side of the debate – although, immigration overall (legal and illegal) has not been shown to increase crime.

Some people voted for Trump because he spoke like them. But many voted for Trump because he spoke to them. If you can manage to look past the polemic, you’ll find embedded within an even more powerful message. To the culturally and economically stagnate, to those who could see no future for themselves or their families on the cusp of the new world of globalisation and technology, Trump said, ‘I hear you.’

The Atlantic sums Trump up best: ‘The press takes him literally, but not seriously; his supporters take him seriously, but not literally.’

Language is important. It can be used to incite, obscure, validate, expose. It has meaning, but meaning is in the eye of the beholder (as the incident in the pharmacy certainly affirms). Listening is important too. There is something to be gained by trying to understand another person’s point of view. The judgement can come later.