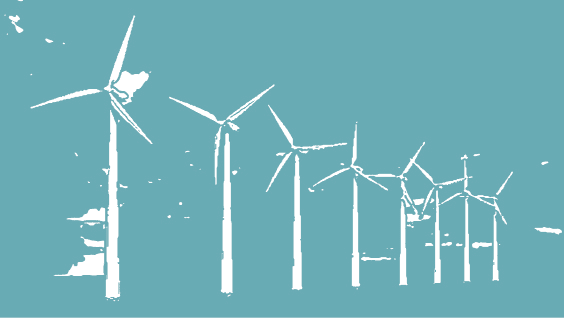 People often discuss climate change as if it is a new, contentious topic. In reality, this debate has been going on since roughly the 1890s, when Arvid Högbom attempted to quantify the natural carbon cycle. He noticed that human processes, such as the burning of coal, impacted natural processes and hypothesised that the resultant emissions could lead to global warming. However, due to the comparatively low levels of greenhouse gas production in the 1890s, he thought that this warming would take thousands of years and that it would actually benefit the planet. So much has changed since then!

Rather than debating about whether climate change is “real” or not, the primary concern should be how we respond to this issue. Until recently, most of the action taken has had an environmental focus. But, due to scientific advancements and changes in our energy market, we can also look at this debate from purely a financial perspective.

To picture how the energy market works, we can compare electricity to an orange. There are a few stages that occur before you can buy and eat an orange. It has to be grown, harvested, transported and then sold. The same goes for electricity. Electricity can be “harvested” from raw forms of energy, such as heat from coal, water in a dam, wind in the air or radiation from the sun. These processes are all different but result in the same final product. Where this energy is sourced affects how it is transported to the consumer and its eventual cost. With solar energy getting cheaper and the price of coal-powered energy remaining constant, it makes more sense to rely upon on the sun and other renewable energy sources for energy. At the end of the process, we then get cheaper energy and a good dose of Vitamin C (don’t forget those oranges).

The Australian Energy Market Operator (AEMO) is almost like the fresh fruit farm in this analogy. They operate the electricity and gas markets for most of Australia but do not sell directly to the end-user. AEMO recently released its inaugural Integrated System Plan (ISP), which evaluates the changes that will most likely happen to our National Electricity Market (NEM). The ISP has a major focus on what sources of electricity we will be using in the future and where they will come from. While there are multiple ways to spin this report, the big takeaway is that the energy sector is currently in a transformative stage and that we need to act accordingly. For any economy to develop, it is vital to have affordable, reliable and secure power. To achieve this, the report addresses Australia’s energy investment profile, rather than climate change, to show that renewable energy sources must be harnessed in the future.

How will we do this?

The energy market works on a supply and demand basis – the energy that renewable sources provide must meet the nation-wide demand for energy. As with all things, there are problems associated with each renewable energy source. One of the roadblocks to building more solar farms is that its energy production is subject to weather conditions.  A similar issue arises for wind power. It can provide large amounts of energy when the wind is blowing, but its supply will rarely meet the demand due to intermittent wind gusts.

The main solution going forward is to adopt a more holistic approach: harnessing the benefits of multiple renewable energy sources, as opposed to putting all investments into one. Two examples of this are Genex Power’s Kidston Solar Project and Windlab and Eurus Energy’s Kennedy Energy Park. These are two large-scale Australian projects that attempt to combine wind, solar and pumped hydro storage to create a predictable and consistent energy source. Aside from being more environmentally friendly, the best thing is that they offer a cheaper and more practical solution to fossil fuel alternatives.

Solar house batteries are another solution. They are advantageous, as they can be owned and utilised by people at the consumer level. Home batteries allow home owners to store their excess solar power and use it when the sun is not shining. This can help save money and reduce demand on the grid. However, they are still relatively expensive, with payback periods between 8 and 12 years. With around 1 million rooftop solar units installed across Australia, only 40 000 batteries have hence been installed. The ACT Government is making them a more realistic investment by subsidising the installation of home batteries, as part of its Next Generation Energy Storage Program. This is helping the energy transition, as proportionally more people in ACT own batteries than other states. However, these efforts must be translated onto a greater scale. One option would be for the government to make a significant investment in large-scale batteries in areas of high demand. Virtual Power Plants are also another solution, where multiple privately-owned batteries can be connected to act as one and provide an instantaneous supply of energy to specific areas of the grid when demand grows too high.

There are a lot of complexities to Australia’s energy needs and production, most of which are tied up in political opinions and pre-existing commitments. However, when the debate surrounding climate change and the environment are removed, the decision becomes more of a financial one, which actually favours the renewables at this stage. The energy transition will be made simpler as a more holistic approach is taken and integrated networks are created.