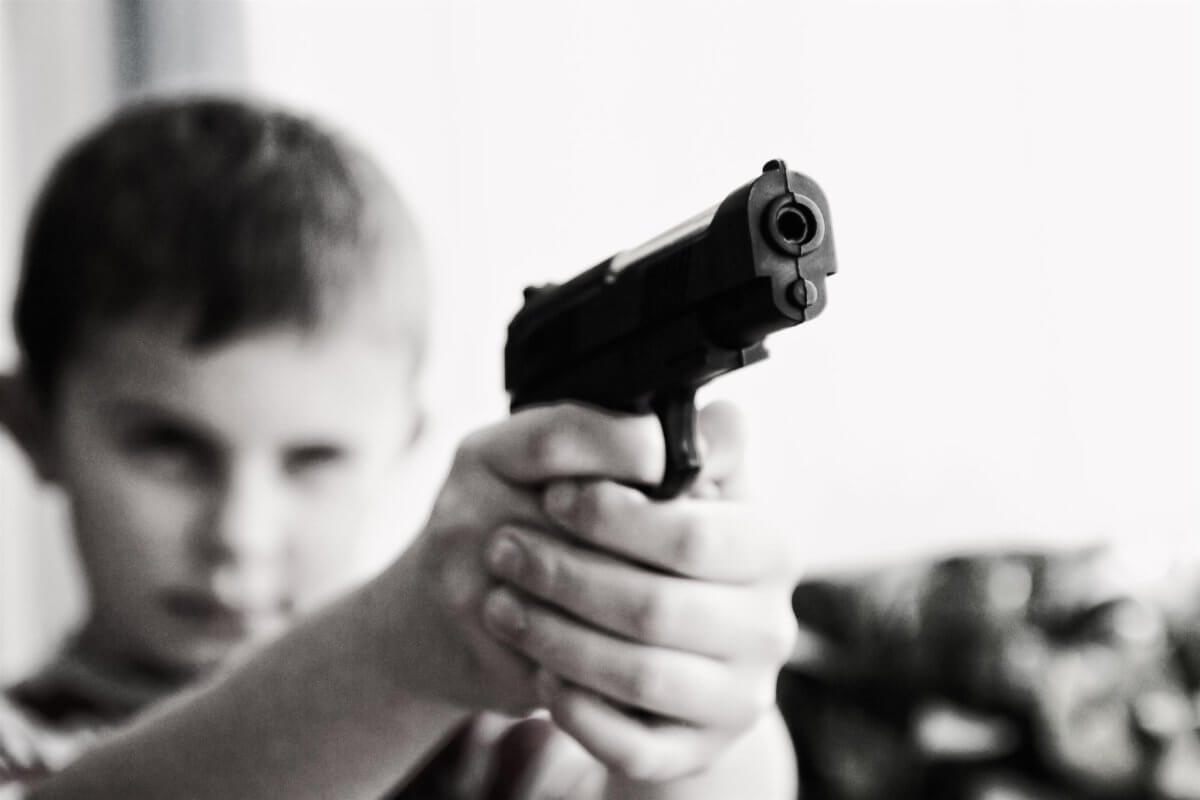 27.3.2018 by Richard Haowei Hong
Individual rights or public security? - an endless debate over US gun control.

Whether ‘tis nobler to ensure public safety by sacrificing your entitled rights or to preserve your rights by undermining the public security? This has been a long-lasting debate in human history. There is always a subtle trade-off between the two and a great policymaker should be able to balance this subtle equilibrium.

It was a Thursday morning where, as usual, I woke up early and started to read the news on my way to uni. I flipped to the international section, hoping to find some exciting news from around the globe but, to no one’s surprise, it was just another day that a US school shooting occupied the headlines.

Since the US’s bloodiest massacre in history occurred in Las Vegas last year, gun-related killings have been repeated over and over again; in their wake, so too has a debate over gun control. For many years, Americans have faced an arduous journey to make any progress to tackle this issue. Nevertheless, resolving this issue in the US will not be as simple as how Australia or Japan resolved theirs, due to the involvement of numerous interest-groups (including government, private sectors, lobbies and so forth) and the potential breach to American Second Amendment. The incapacity to move forward in a clear direction is, if not directly, responsible for numerous incidents happened at schools and public.

The school shooting in Florida on the 14th February reignited the debate to enforce tougher gun laws. In early March, the Florida Senate narrowly passed a bill which raised the legal age to purchase firearms from 18 to 20 and allowing school staff to carry guns. This action considerably pleased a variety amount of politicians, including governor Rick Scott, President Trump, as well as Florida’s Attorney General Pam Bondi who commented the changes were ‘ the right thing to do’.

On the other hand, this bill irritated numerous private sectors, gun lobbies, and in particular the National Rifle Association (NRA) which notably filed a lawsuit against the Floridian government, claiming it violates the Second Amendment. The head of NRA, Wayne LaPierre, argued that the cause of the school shooting was attributed to the failure of school security, American mental health system, and home structure rather than faults in the current gun law and legal age to purchase gun. He further commented ‘if the so-called neo-European socialists take the house and senate…American freedom could be lost and our country will be changed forever’.

In spite of the conflict of interest, Wayne LaPierre’s comment on education, school security or American mental health system are not necessarily wrong. It is logically valid that these factors to some extent can contribute to the increasing school shooting. Working on these issue, with an extended timeline, can have a promising prospect on controlling public shooting. Nevertheless, to solve one issue by raising hundred more issues is not an efficient or time-saving approach. As a result, in order to best reduce tragedies happening, short-term strategies are indispensable alongside these long-term approaches.

To best decrease the occurrence of public shooting in a short period of time, it is not unreasonable to adopt some aggressive measures as seen in other countries, such as Japan or Australia – by modifying purchasing procedures or forbidding the use of guns under certain circumstances. These approaches, for obvious reasons, are not going to fundamentally eradicate the issue on gun violence which has lasted for decades in American history, but it can be expected to reduce the incidents in a very short period of time. With the short-term strategies in place, government will need to gradually shift their focus on more fundamental issues in regards to gun violence, including as abovementioned mental health system, education as well as school security. Also, the American government has to be more proactive in engaging negotiations with public sectors, gun lobbies and other stakeholders. Ultimately, it is of a vital importance for all the sectors to have an unanimous and crystal-clear comprehension on the US Second Amendment.

Thus, the road ahead is long and uncertain, but to end the continuous tragedies, the US government must clearly identify long-term and short-term strategies. Actions speak louder than word. The new bill is a good start because it is, at least, a sign of action.