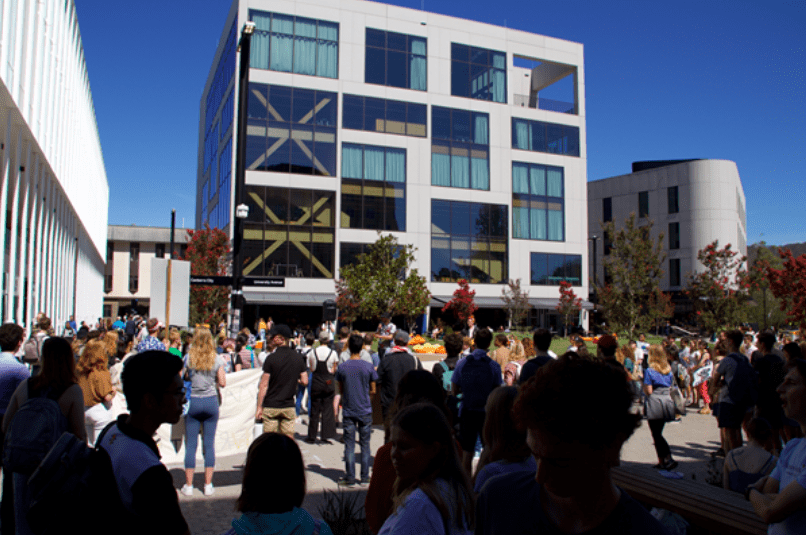 Ever since Greta Thunberg famously sat outside the Swedish Parliament holding a protest sign in August 2018, the School Strike for Climate movement has positioned itself as the voice of young people around the world. Over the past eighteen months, millions of students globally have taken to the streets to speak out about the climate emergency and the unjust impacts it will have on current and future generations. University students have also jumped on board, with Uni Students for Climate Justice recently holding a climate strike at the ANU on March 13.

However, even as a left-wing progressive who believes that the climate crisis is a real and imminent threat requiring immediate action, I question whether this student-led movement truly speaks for us.

Having attended this most recent climate strike held at the ANU, I believe we need to seriously consider just how welcoming this movement is and what role it plays in mobilising and unifying young Australians.

Those leading the climate strike movement, at least within the ANU, do not speak on behalf of the majority of Australian youth, but for the minority who believe in radical action such as ‘revolution’ and the total overhaul of Australia’s political system and societal structures in general. It is important that we have an honest and frank discussion about the future role of the climate strike movement in our democracy, and whether in its current form it can unite Australian public opinion in favour of climate action.

A radical and discriminatory climate strike movement at the ANU that seeks to marginalise anyone who doesn’t think that full scale class warfare and revolution is the solution to this crisis is perhaps doing more to harm the push for climate action in this country than progress it.

Like many Australians – and most young people – I am a pragmatist.

We need a solution that brings Australians together, rather than dividing a healing country recovering from a horrific summer of bushfires. To achieve this, we need a social movement that is equally unifying and welcomes all people from across the political spectrum.

After all, no matter whether you’re Liberal or Labor, conservative or progressive, we are all going to be impacted by the climate crisis, and we should all feel like we are accepted and included in the solution-building process.

To solve climate change, we need to propose solutions that every Australian can get behind, not just those who see the radical overhaul of our entire political system as the sole option. The climate strike movement should be one that is welcoming of anyone and everyone who believes that the climate crisis is real and wants to see action.

Beliefs relating to other social issues should not be brought into the picture. It is then that this movement becomes divisive and unhelpful, by moving the focus away from the true issue at stake: the climate emergency. At the climate strike on March 13, extremely tenuous links – and sometimes no links at all – were made between climate change and how Australia is inadequately equipped to deal with the coronavirus outbreak. I for one found it difficult to draw the connection between the need for climate action and how the Canberra Hospital ICU unit “only has 144 beds.”

I generally consider myself to be left-wing on almost every single issue and support most of the policies of our progressive parties. But even I myself was alienated and disappointed by the fact that the rally on March 13 centred not around the climate crisis, but overthrowing the capitalist elite.

Bringing other social issues into the mix is not the role of the climate strike movement. The leaders of the Uni Students for Climate Justice movement cannot expect to see public opinion shift in its favour when rallies that are purported as relating to climate action instead discuss radical revolution.

Young people are not all socialists. We aren’t all radical idealists. The majority of us want to see progressive, yet pragmatic solutions, that are actually achievable within our current system.

The climate strike movement is already one which many approach with a mixed sense of apprehension and tentativeness. March 13 was the first time I attended a climate rally and I was unsure what to expect. The event had been promoted by members of the Socialist Alternative (SAlt) group at the ANU, which made me hesitant to participate, but I decided that I had a responsibility to attend, as someone who is passionate about environmental issues and tackling climate change.

Yet, I did not decide to attend an anti-capitalist, ‘anti-anyonewho’snotasocialist’ rally that claimed the climate crisis was about “class interests” and that we should “burn bosses, not coal,” as was stated on a sign placed directly beneath where the speakers stood on March 13. This suggested that the slogan was clearly endorsed by leadership, including the ANUSA Environment Officer who was MC for the event.

If the solution is going to be inclusive, so should the movement. The climate strike movement will not build support and traction through making people feel uncomfortable and excluded. It should welcome people of all beliefs, united under a common goal of achieving climate action. Radicalism is not going to bring people together from all sides of politics, nor will it solve a problem that is already politicised and divisive enough as it is.

Although many in the climate strike movement suggest that politics should be taken out of this issue and the government should simply act, its leaders at the ANU continue to promote a partisan fight between the far-left and the rest.

One speaker at the event on March 13 stated that “the climate change movement needs to stand in solidarity.”

Solidarity is a term that refers to ‘unity or agreement of feeling or action, especially among individuals with a common interest.’

By this definition, what those leading the climate strike movement at the ANU want is far from solidarity. The movement they have created is staggeringly partisan, exclusive and divisive, not to mention downright aggressive. Even as a progressive myself, I felt like an outsider who could not engage with the content of the event.

It is not solidarity if people who share your interests and goals, yet don’t want a revolution, are not made to feel welcome at your events. The climate change movement will not stand in solidarity until people who are conservatives, yet care about environmental issues (people with similar ideology to MP Zali Steggall, for example), people who are progressives but not socialists, and those who are wary supporters of the movement yet have fears about how economical the transition to renewables will be, for example, are made to feel a part of the process and a part of the solution.

I have friends who are members of the Liberal Party who want to see their government do more on climate change. These are people who share the same goal as those within the climate strike movement, yet would never attend a rally themselves due to their partisan and unwelcoming nature. I have other friends who share similar progressive and left-wing views to myself who wanted to attend, but were put off by the fact that it was promoted by SAlt.

Anti-Labor and anti-Liberal tirades put the majority of university students offside, as does vague and irrelevant talk of class consciousness and overthrowing capitalism, and members of SAlt handing out their brochures during the rally. Climate rallies are not the place for promoting a socialist agenda.

The leaders of the climate strikers at the ANU are not helping themselves by creating such an aggressive and narrow-minded movement. They have made themselves an easy target for criticism, and can be simply dismissed as radicals and socialists on the fringe of society rather than an integral part of the climate change discussion.

The best way to influence others is by making them feel comfortable, valued, welcome and included. A group dominated by radical ‘Fuck ScoMo’ t-shirt wearing socialists cannot do this. This movement necessitates welcoming people from all sides of Parliament. To truly influence the national political discourse, conservatives and progressives alike who believe in climate action should be brought into the picture.

On March 13, after listening to the speeches, I decided not to march into the city.

The ANUSA Environment Officer has an important role to play in ensuring climate change is not a divisive issue, but one that all ANU students can engage with.

But the majority of us are not socialists.

We do not believe in a revolution.

The climate strike movement at the ANU is radically political, and should prioritise bringing more people into the conversation rather than cancelling them out.

And if this movement does not reform into one that is unifying, accepting and inclusive, soon, we will lose belief in the power of activism to bring people together to create real change in this nation.