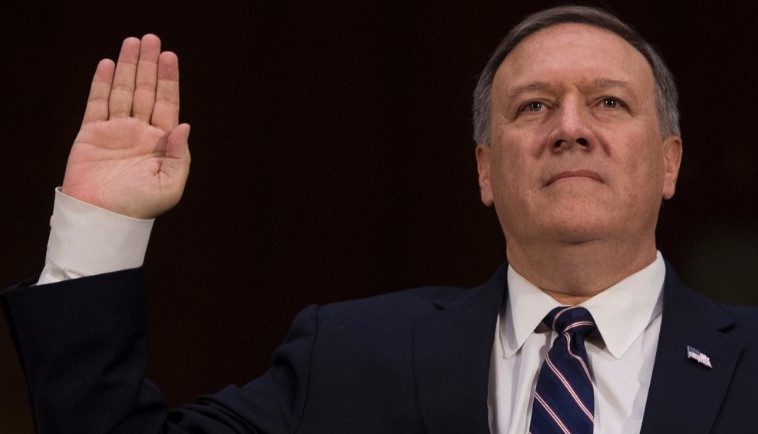 Gazing into the Abyss

This column explores the topic of sustainability: what it is, what challenges and opportunities it presents, and what we can do as individuals and communities to live more sustainably.

On 12 January, 2017, a fascinating Senate Intelligence Committee confirmation took place. Californian Democratic Senator Kamala Harris was grilling Trump’s nominee for CIA director, Mike Pompeo. Instead of spies and surveillance, her questions were about climate change. One thing she wanted to know was if the CIA under Pompeo would continue to recognise climate change as a causal factor in the sorts of regional instability the CIA is tasked with monitoring.

I use the words ‘continue to recognise’ because the CIA has, under both the Bush and Obama administrations, long recognised that climate change can play a significant role in precipitating conflicts. CIA director John Brennan’s frank and honest assessment, delivered in 2015, is worth quoting at length:

‘Mankind’s relationship with the natural world is aggravating these problems and is a potential source of crisis itself. Last year was the warmest on record, and this year is on track to be even warmer. Extreme weather … can worsen or create humanitarian crises. Of the most immediate concern, sharply reduced crop yields in multiple places simultaneously could trigger a shock in food prices with devastating effect, especially in already fragile regions such as Africa, the Middle East and South Asia.’

Brennan’s comments echo the wider – and thankfully growing – awareness that recent conflicts such as the Syrian civil war are partly attributable to the effects of climate change on food security in the region. Syria is not the only example of this, just the best-known one.

Pompeo’s response was far more mixed. At one point, he implied that under his leadership the CIA would deprioritise climate change as an issue, complaining that he ‘would prefer today not to get into the details of climate debate and science. It just seems my role is going to be so different and unique from that’. He went on to describe what he saw as the difference; he would be working with ‘warriors’ (implication: not climatologists) to keep America safe.

While this statement caused concern, it must be noted he also said, ‘to the extent that changes in climatic activity are part of that foreign intelligence collection task, we will deliver that information to you all and to the president.’ Given this remark directly addressed the question of how the CIA would respond to the issue of climate change, there is no reason to suggest a change in policy.  Unfortunately, however, some news media outlets failed to include the remarks, painting an incomplete picture of the exchange that led to some incomplete conclusions.

Harris’ next question was if Pompeo believed that climate change is caused by human actions. Citing a NASA report that pointed to a 97 per cent consensus rate among scientists on this matter, she asked if he doubted NASA’s own findings, and thereby the consensus.  Pompeo ducked the question, replying that he wasn’t familiar with the report and therefore couldn’t comment specifically on it. His body language and tone, however, suggested the answer was a resolute ‘no’. His ties to oil industry barons like the Koch brothers – whose company has donated over $350,000 to Pompeo’s campaigns – would suggest likewise.

There is an argument here about what his refusal represents. Driven by what are presumably political or ideological reasons, he is ignoring an evidence-based consensus on a globally significant issue with profound implications for our species and planet. I can understand why some might find this an alarming behaviour from a CIA director-to-be. If he is willing to ignore evidence to push a given agenda here, is he perhaps willing to do the same thing elsewhere? It’s a fair question, and a fair reason to have concerns.  This is particularly relevant given the recent history of US intelligence agencies ignoring evidence on the Iraqi WMD programs, to push the Bush administration’s foreign policy agenda. With that as a backdrop, Senator Harris’ second question becomes frighteningly relevant.

Ignoring that perspective – and the CIA’s track record – Fox News commentators took turns ridiculing Harris for broaching the subject of climate change. It was labelled a ‘dumb question’ on Outnumbered by Rachel Campos-Duffy, a woman who also serves as the spokesperson for The Libre Initiative, a Koch-funded organisation comporting itself as a grassroots movement. Erich Bolling, co-host of The Five, claimed Kamela’s questions were ‘ridiculous’, and that the CIA’s job was to ‘gather intel on bad guys, not the weather.’ Co-host of Fox & Friends Steve Doocy wondered if Harris ‘thinks the C in CIA stands for climate,’ perhaps, ‘but it doesn’t. It stands for Central.’

Clearly, there are elements within Fox that remain unaware of what the CIA has been doing and saying about climate change these last decades, or choose to ignore these facts to push agendas. Unfortunately, one can see in comments on social media and beyond that people are willing to adopt Fox’s perspective on this issue unquestioningly, most likely without realising this contradicts the CIA itself. Such an outcome is as perverse as it is disappointing.

Meanwhile, the UK government has been accused of burying a five-yearly assessment that identifies climate change as a serious domestic risk to food security. As the adage goes, a country is only three skipped meals away from revolution. What the UK shows us is that not only do we need leaders like Brennan who recognise the importance of climate change, but we need ones who are brave enough to communicate the risks its poses, as he did, no matter how politically charged or unpalatable they may seem.