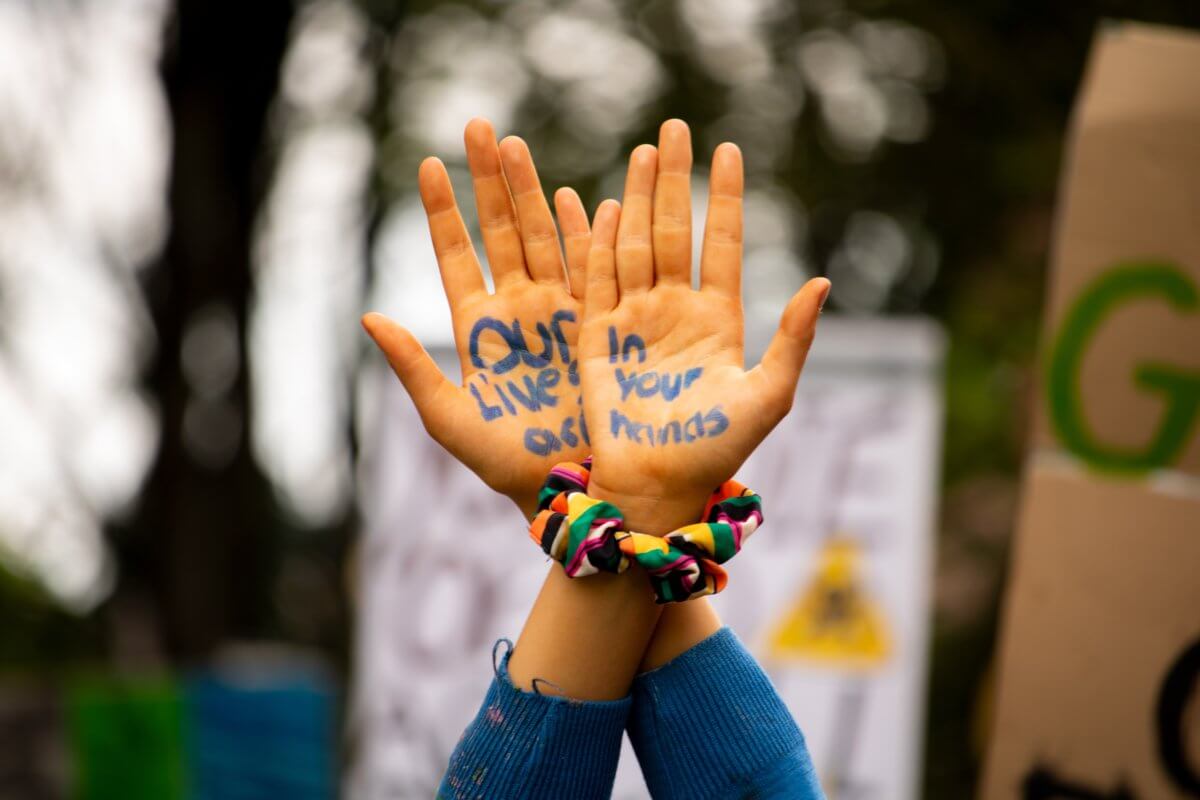 Right now, an entire people are peacefully struggling for democracy and civil rights. They have marched in their millions over this summer for a better future. They fight for the same things we have and continue to aspire to protect – democracy, liberty, the rule of law, a fair and impartial judicial system, a brighter future for them and their children.

They struggle against the world’s most powerful totalitarian state. A dictatorship that currently imprisons somewhere between one-point-five to three million people in concentration camps in Xinjiang alone. A state that ruthlessly suppresses religious, ethnic, sexual and political minorities, where the court system is a political creature, and opposition is occasionally literally massacred. An oligarchy of incredible inequality where political and economic power is concentrated in the power of a new aristocracy, where citizens are divided into castes by the Hukou system of residency permits.

A digital police state sustained by the most comprehensive system of coercion, censorship, and surveillance that has ever been implemented. Censorship so extreme that it reaches all the way to private messages between citizens. Every aspect of a person’s life – their biometric data, their movements, their browsing history, every word they speak, almost every thought – is captured and considered. A social credit system that will penalise thought, expression and activity contrary to the will of the state without any human input needed at all.

Orwell could not have imagined the horrifying potential of big data and machine learning bent to the service of oppression. The sophistication and elegance of the modern Chinese systems of social control make East Germany and The Soviet Union look amateurish and clumsy by comparison.

We all know this about China. We know about the oppression that stands behind the gilded facade of economic growth. We know what drives millions of Hong Kongers to the streets to prevent. And we are silent about it.

The silence of our governments is to be expected. China is the world’s largest economy and has always used its economic heft as a diplomatic bludgeon. Any nation that speaks out against the abuses of the Chinese State imperils their trading relationship and Chinese investment in their local economy. Chinese money buys votes in the United Nations and in the international community. Speaking out strongly on Hong Kong risks making a powerful enemy that few other countries can afford.

Maybe it’s a lack of confidence. With liberal democracy facing its own crisis of identity and morality in the United States and elsewhere, it’s easy to fall into a muted cynicism whereby the imperfections of our own democracy create a false sense of equivalence with dictatorship. After the failures of American attempts to spread democracy by force, it’s easy to doubt the morality of advocating the advance global liberty and democracy.

Perhaps it’s the perceived personal costs of speaking out on Hong Kong, even as an Australian citizen. This is not a one-sided debate. Wealthy Chinese nationals with a large stake in the current regime make up a large number of international students in Australia. Many of us know and count as friends people who will be vocal defenders of the regime, and to speak out is to risk those friendships.

Or maybe we fear that the Chinese surveillance state will reach out and touch us too. That our words and actions will be recorded in some database somewhere to be counted as an enemy of the Chinese state and used against us – perhaps if we apply for a visa or a Chinese state-sponsored scholarship. That we will feel even the barest hint of the coercion that Chinese citizens feel every day.

Maybe it’s the sense of futility of Hong Kong’s plight. That the slow corrosion of Hong Kong’s autonomy is inevitable, that Beijing will win one way or the other, and that there is nothing that can be done. That resistance is a foregone conclusion that risks a repeat of the events of Tiananmen Square on an enormous scale.

Maybe it’s a combination of all the above that deadens our tongues. Maybe. Either way, our silence is shameful. It speaks to a distinct lack of courage and a failure in our moral duty we owe to the rest of the world to advocate for a better and brighter future for all of humanity. Even as we stumble, we remain that shining city on a hill.

For all of its flaws, liberal democracy remains the best performing and most moral form of government yet devised. On every continent, the relationship between the Human Development Index and the Democracy Index scores of states is stark. Mauritius, Botswana, Uruguay, Costa Rica, Taiwan, Estonia…all of these are states that are more democratic, more free, and as a result are better educated, healthier, richer and safer than their neighbours.

Under the aegis of liberal democracy, all the other flowers of civilisation bloom. If the great challenges of the 21st century are to be met – climate change, nuclear war, mass automation, antibiotic resistance –they will be met best by a world that is as democratic and as free as possible. Dictatorships will not end nuclear proliferation. Oligarchies will not take effective action on climate change.

Democracy is, therefore, a necessary precondition for action on climate change, or for economic inequality, or for any other such challenge. Policies that benefit all of the people will only be taken by governments whose interests are aligned with all the people, accountable and responsive by way of fair electoral systems under universal suffrage, with strong civil liberties under the rule of law and an independent judiciary. To attempt to address such challenges without democracy is to build a house on a foundation of quicksand. It is only by the strenuous pursuit of a more free and democratic world both at home and abroad that a brighter future for all of humanity can be secured.

As always, the struggle between political ideologies is global. How could we imagine otherwise? For all of human history, from the Peloponnesian War to the French Revolution, to World War II and the Cold War, states have sought to promote their forms of government elsewhere. Authoritarian regimes will always support likeminded regimes and attempt to undermine the integrity of their rivals. We see it in the alliance between Saudi Arabia, China and Russia on all manners of human rights violations in UN voting chambers. We see it in Russian attempts to undermine the integrity of elections in the United States and elsewhere.

Distance is no barrier in a digital age. The existence of free, prosperous and healthy democracies is an existential threat to the long-term rule of the Chinese Communist Party (CCP) in China, of the House of Saud in Saudi Arabia and of Putin in Russia. So long as the example of a better life and form of government exists, then the risk of revolution or reform will never vanish.

Let us be clear. The CCP has a vested interest in the corrosion and corruption of democracy globally, and to normalise state oppression and a restriction of civil liberties. Most of us accept already that the reason China cannot tolerate a democratic Hong Kong is because of the example it would set to the rest of China. But it doesn’t stop there. A democratic Hong Kong is a challenge to the CCP’s rule. But so is a democratic Taiwan, or Vietnam, or South Korea, America or Australia. The only difference is one of cultural and geographic proximity, and the world is shrinking.

Oppression of democracy anywhere then is an attack on democracy everywhere. We need to call out the justification of oppression in the name of cultural relativism for what it is: a fig-leaf for authoritarianism. Silent passivity is no longer an option.

This duty weighs most heavily on the students and alumni of this university. The rare privilege of our tertiary education comes with it the obligation that our education be used in the pursuit of a better world. To be trained in the law comes with it a duty to improve and uphold the law. To be a scientist entails an ethical duty to employ science in a way that benefits humanity. To be an economist, a political scientist, a sociologist or anthropologist comes with it the duty of our disciplines to create a better, fairer society and government. To us much has been given, and from us much should be expected.

For those with the knowledge and ability to speak, silence is a betrayal of the voiceless. For years we’ve avoided facing the elephant on China, and it’s time to stop. If we believe in the principles and promise of democracy, then we must stand with Hong Kong.