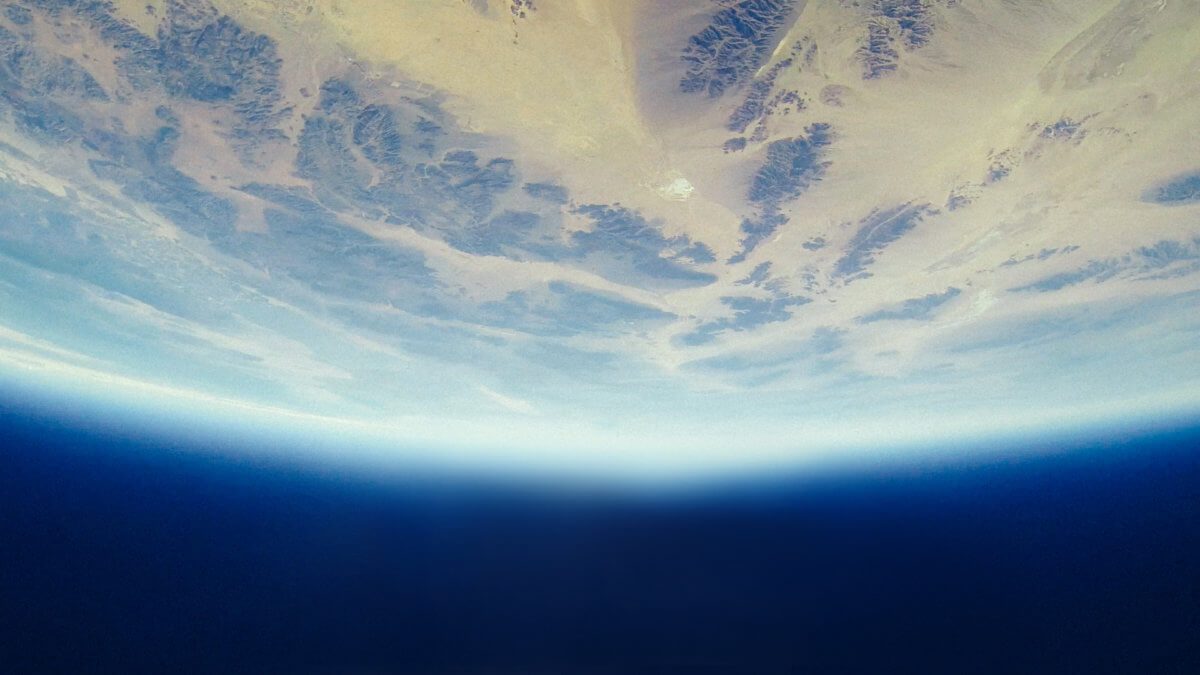 Literally The End of The World

Imagine you’re forced to play a game of Russian roulette. Someone loads a bullet into a revolver, spins the barrel, aims it at you, and pulls the trigger. There are, say, six chambers, so you’ve got a one in six chance of dying. Sure, you’ll probably be fine. But that’s not much comfort – you’d still be very worried, you’d still not want to play, and you’d still go to great lengths not to.

What if the stakes are higher? What if, somehow, it’s not just you on the firing line – what if your family, your friends, and everyone you love will be lost too? And what if, worse still, everyone alive today was at risk? What if there was a one in six chance that all 7.5 billion people on Earth – people with complex lives, each of whom experience joy and love and happiness, and who don’t want to die any more than you and your loved ones – had a one in six chance of being wiped out in this game of Russian roulette? That would be even worse – that would be catastrophic. That would be worth doing almost anything to prevent or to even just reduce the risk.

In 2006, the UK government’s Stern Review put the risk of human extinction this century at 9.5 per cent. A 2008 survey of experts by the University of Oxford found that the probability was 19 per cent (a bit more than one in six). And even higher estimates exist – Sir Martin Rees, Britain’s Astronomer Royal, puts it at 50 per cent. So there it is – we’re in that game of Russian roulette, whether we like it or not. Between now and 2100, there’s roughly a one in six chance of absolute catastrophe – involving not just our deaths, but those of our friends, our loved ones, and of 7.5 billion other people. And, under most extinction scenarios, almost all animal and plant life would be lost as well.

How will it most likely happen?

Where is this risk coming from? Fortunately, researchers at Oxford, Cambridge, Harvard, and elsewhere, have started looking into the possible causes of human extinction.

One major risk is nuclear war. It would only take roughly one hundred nuclear detonations distributed across the globe to potentially trigger a disastrous nuclear winter. This could sharply reduce global temperatures and cripple agriculture, such that humanity could not produce sufficient food for survival. This isn’t going to result from a nuclear exchange between the United States and North Korea (the latter simply doesn’t have a large enough nuclear arsenal), but a future conflict between any two of Russia, China, and the United States could do it. Experts put the risk of such a conflict (or accident) happening by 2100, and the result of complete extinction at one per cent. That might seem low but combined with other risks; it adds up. And with what’s at stake, one per cent is still a lot.

Global pandemics are an even greater risk with a roughly two per cent chance of wiping us out by 2100. Naturally occurring diseases likely couldn’t do it (since evolution doesn’t favour a disease that wipes out all of its possible hosts), but it’s getting easier and easier to modify diseases in the lab to be more lethal. With synthetic biology developing so rapidly, producing a civilisation-ending virus could become so easy that even your average terrorist organisation could do it. And it might not even require the deliberate release of such a bioweapon: laboratory safety practices are not as good as you’d expect and, with so many labs around the world doing this sort of work, the chance of a leak gets quite high. It’s even happened before, albeit on a smaller scale. In 1979, anthrax spores were accidentally released from a lab near the city of Sverdlovsk, killing about 100 people. The next time this happens, it could easily be something much worse.

Climate change might also do it. We’re still not certain about the precise consequences of carbon emissions, and the International Panel on Climate Change estimates that, under a medium-level emissions scenario, there’s a 10 per cent chance that we’ll exceed six degrees of warming. Looking further up the scale, economist Martin Weitzman has found that we may have almost a one per cent chance of exceeding 10 degrees of warming, averaged across the Earth’s surface. This equates to more than 20 degrees of warming across Europe, and most of the Earth’s landmass becoming uninhabitable. If we don’t drastically reduce emissions, there’s almost a one per cent chance of this, and a good chance that we won’t survive. Again, this doesn’t sound high (it’s even lower than for nuclear war), but it all adds up.

It’s also highly likely that we invent some new, immensely dangerous technology over the next 80 years. We simply don’t know – prior to 1945, few people predicted the future destructiveness of weapons technology, and we could easily be in a similar position. In fact, it would be surprising if technology didn’t develop to an unrecognisable level by 2100. It might not result in what we see in science fiction, with the Earth being destroyed by Terminators, but something like geoengineering or nanotechnology could plausibly go very, very badly. Without foresight, safeguards, and solutions to the technical problems, unknown technologies like those could potentially be the end of us – the Oxford survey put the chances of this at almost 10 per cent.

The importance of preventing extinction

That’s all pretty worrying. But there’s something which makes extinction events like these even more worrying.

If humanity goes extinct, there’s no coming back. Yes, we’re in a game of Russian roulette with 7.5 billion present lives on the line, but that’s not all that’s at stake. If humanity goes extinct, our children, grandchildren, and every single future generation will be lost too. If we go, our entire future goes too. How many people is that? Ten thousand trillion. That’s the low estimate, assuming we never leave Earth. And it’s still a million times more people than are alive right now. This game of Russian roulette is bigger than one person, and bigger than every person alive today – more than a million times bigger.

That’s what makes this issue so important. Sure, there are other things that might make our future unpleasant – overpopulation, food shortages, moderate climate change, and so on – and of course we should prevent them. But these will either affect just one or two generations or merely decrease quality of life. If nuclear war wipes us out, it extinguishes a million times more lives. The effect is on vastly greater scale, and it is worth doing something about.

Doing something about it

But there’s good news – by addressing these risks, we can safeguard our future. And ANU is starting to take action on this. In June of this year, the Emeritus Faculty convened a roundtable discussion and, in late July, published a report on the topic – Pathways Past the Precipice: Flourishing in a Mega-Threatened World (featured on the VC’s blog). They proposed the development of cross-disciplinary research centres to improve understanding of these risks, an ‘Australian Future Change Commission’ to take broader action, and that such issues be included in university curricula.

This is all great news. For one, as a world-leading research university, we’ve got a great comparative advantage in furthering research into these topics. At the moment, there’s less research into human extinction than there is on dung beetles, or on analysing Star Trek (yes, really). And, from what we know so far, research here is so crucial since much of the risk comes from the unknown; much of it could potentially be dealt with through technical solutions, and we still need to find the most effective strategies for achieving global coordination to address these threats. By supporting new research targeted specifically at this issue, ANU could really contribute here.

With parliament house a stone’s throw away, we’re also in a great position to make a real difference to policy. In particular, we’re well placed to establish a national commission which maintains a strong academic foundation, informed by the very latest research and free to focus on the crucial issue our long-term survival – an issue which is just not on the radar of policy-makers.

There’s a major worry with any such initiative, however. It’s very easy to get distracted from the central issue. There are other problems which might affect humanity in the near future (moderate climate change, overpopulation, food shortages, etc.) and possibly even make life a lot worse for a generation or two. But existential threats are so much worse – they affect not just one generation but every generation that will ever live. Plus, they’re hugely neglected – little government effort goes into pandemic prevention or regulating technologies which haven’t even been invented yet. Meanwhile, globally, US$360 billion already goes towards combating climate change each year, and overpopulation and the rest have already gotten the attention of policy-makers too. Of course, these are worth dealing with but, with such resources going into them already (and failing to solve the problem), additional efforts likely won’t have a large impact. For genuine extinction risks, however, the lack of attention means that there are lots of low-hanging fruit ripe for the picking. Additional work here could have an enormous impact, and ANU could make it happen.

Despite this possible pitfall, the ANU initiative could go extremely well. And there’s no need to be pessimistic – although there is a risk of the greatest catastrophe in human history, there’s also an opportunity here to do an enormous amount of good. We can dial back the risk and, in this game of Russian roulette, make the chance of disaster a bit lower than one in six – perhaps by pushing for nuclear non-proliferation, for better lab safety rules, or for safeguards on emerging technologies. And if we do, there’s a chance we’re saving thousands of trillions of lives. We can save the world, one percentage point at a time.