When I reflect on truth, I think of the Netflix sensation Resurrection: Ertugrul. It has had seismic influence in Muslim countries, Pakistan, India and parts of Africa. I found out about it when a local Grandmother, from a small Australian country town, told me of her and her husband’s despair that the almost 500 episode series was coming to an end.

In it, you see three civilisations on the verge of war: the Mongols, the Turks and the Byzantine Empire. A proxy for China, the East and the West. It’s the story of how people, sickened by the deceit and corruption of their world, dreamed of creating a Just State, leading to the Ottoman Empire’s establishment.

It’s Islamic, associated with Turkish nationalism and soft-power and provides a chance to see how The Rest view The West – which can be uncomfortable! However, its themes are universal: justice, truth, resisting tyranny and stopping ‘the cruel.’ Its vision has appealed to global citizens the world over, and that, I believe may be something of great significance.

Concern about ‘truth and justice’ issues infused my PhD research, leading to a concept called the Creative State. This is the idea of re-imagining governance and society – what the State could be like – in an era of climate, ecological and other security crises. The Creative State sees more voices contributing to the shaping of their worlds and new institutional design. Of course, this reinvention process needs to include universities, or rather, the entire system of knowledge management and what we think of as ‘knowledge.’ The current model of statehood must change for two main reasons.

The biggest reason is to do with what I call the ‘hyperthreat of climate and environmental change’. The hyperthreat notion spotlights the violence, destruction, killing, harm, and loss of freedoms that are imposed by unravelling ecological and climate systems. It draws from eco-philosopher Timothy Morton’s concept of global warming as a hyperobject – something beyond human’s capacity to perceive or understand, which utterly defies our current ‘systems.’ Morton argues that, in the face of the hyperobject, humanity’s new existential truth is that we are now “weak, lame and vulnerable.”

In contrast, the hyperthreat notion, views that humans have still got a chance. It applies military strategy, re-imagined for the Anthropocene, to the problem and devises a hyper-response, (PLAN E). To contain the worst of the hyperthreat’s destructive power, (or avoid dangerous climate change), this diagram shows the path that we must be on: 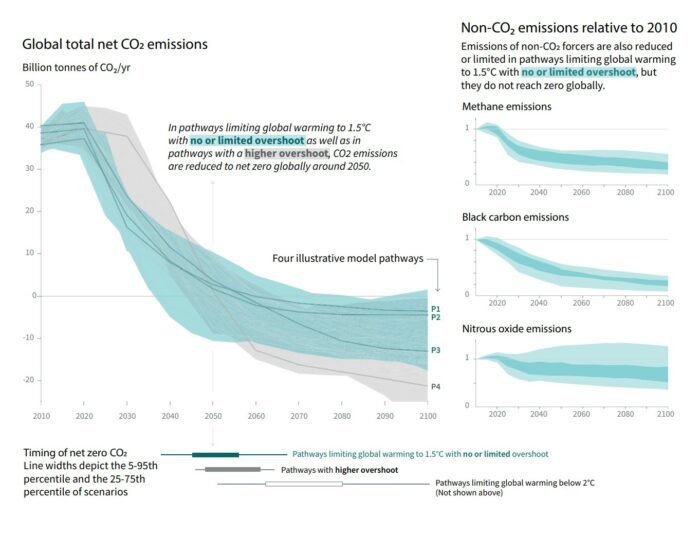 To support such a trajectory, research, learning and knowledge sharing must be in fast-track mode, as occurred during COVID19. Yet there is no such system for the #ClimateEmergency.

The second reason relates to whether universities are serving the public well or not. When you talk to so-called ‘working people’ – those without a university degree, some say universities are a waste of taxpayers’ money. “What are they doing over there?” they say, “I have no idea what they do.”

Increasingly, to find information and make sense of a world in crisis, people are turning to social media. Disillusionment with official ‘experts’ is an issue of great significance to universities. What’s gone wrong? How could universities better meet their citizens’ knowledge and sense-making needs? It’s time for some blue-sky thinking.

How things could change

To return to the Ertugrul series, the reason its popularity matters is that it points to larger social-cultural forces and ‘universal truths’ that are sweeping the world. Widespread mass protests, from #ArabSpring, #YellowVests, #MeToo, #BLM, #ExtinctionRebellion, #StopTheSteal to the recent Russian protests, tell a similar story.  Many crave new, ethics-based, leadership. The larger truth may be that population groups are tiring of a leadership body that is perceived as having failed the majority.

Yet while global citizens may be aligning in their aspirations for a fairer world, in other ways, we are being pitched against each other. In real terms, over the 2009 to 2018 decade, global military spending grew 5.4 per cent; the 2018 annual spend was $1.822 trillion. This spending reflects expectations of greater conflict over the next decade; the exact period in which the war against the hyperthreat must be waged. It’s lose-lose. What if the people of the world said:

“We’ve got a better idea… Let’s redirect our efforts to containing the hyperthreat – our mutual foe. We’ll also rescue our major important and beloved ally – nature.”

Truth and the hyperthreat

Here is a vision of a different future: The time of fake news, spin and deceit is rejected. The capacity to confront the truth is now understood as critical to human survival.

As the 21st Century progresses, the hyperthreat will increasingly speak in a form which transcends all languages and is heard loudly, across the globe. Climate and ecological issues emerge as a unifying and irrefutable truth that resets dialogue and sense-making through the sheer force of its physical presence. In this world of harsh realities, there is no tolerance for ineffective institutions.

As the Turks overcame widespread corruption to open the door to a magnificent chapter in human history, perhaps the current generation of global citizens can do the same. A global ‘army’ could be raised against the hyperthreat. Alliances between East, West, North and South could be made.

Woke up this morning

From the strangest dream

I was in the biggest army

The world has ever seen

We were marching as one

On the road to the holy grail…

There’s nowhere else to go…”

Humans. Earth. We’ve got nowhere else to go. For my part, I hope to progress a concept called #Research2Public. In general, we must find a new way.