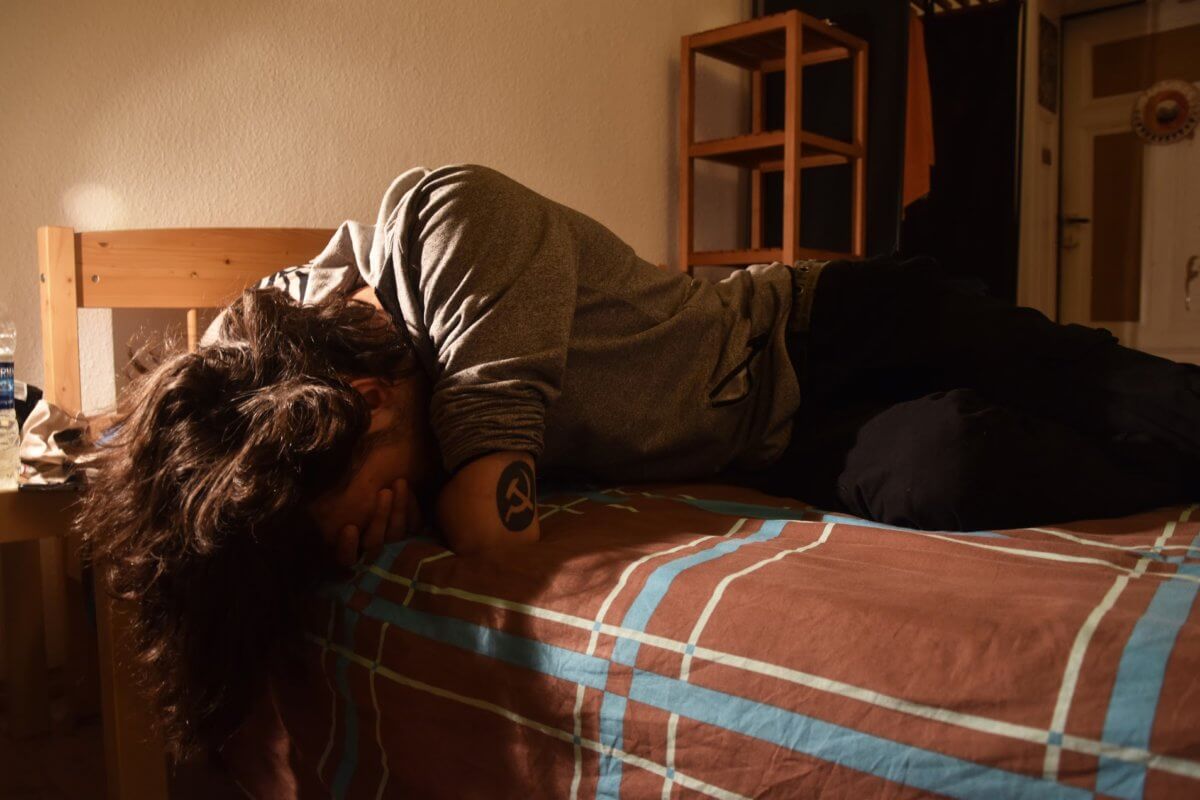 Life is a Battle: From YPG fighter to refugee in Northern Europe

20.2.2018 by Francesca Pettinato
Content Warnings: Discussions of war and displacement

It was the 2 August 2017, just another hot day in Athens. I was at City Plaza, a refugee housing initiative, when Selam, a 22-year-old Kurdish man approached me. He asked if I could help him with some documents. From that moment on, we became friends. Our lives moved forward, but we managed to keep in touch. I left Greece, and he made his way up north.

The next time we met was in a pub. This time around, Selam decided to open up about his past and the horrors of war. His body is covered in tattoos and scars and, in itself, sketched a story of suffering and fighting for peace. His first statement touched me. ‘Seeing your loved ones and so many people die one after another, you can no longer feel any pain, just a big knot in your throat. No words, no moan and no tears. This morning, I was told that my cousin died and I had no reaction. Death does not shock me anymore.’ This was said in the chaotic pub, but his words were strong and clear. Selam was born in the centre of conflict, in the Rojava Kurdish region at the north of Syria. For a few years, he fought for the YPG Kurdish militia, one of the main armed forces against ISIS.

Selam has been living in northern Europe since 2017 and, in time, he managed to get protection. A dreamland for asylum seekers, Europe is a safe region that receives the majority of protection requests. Angela Merkel invited Syrian people to come to Germany. This large number of people represents an increase of workers that the country needs, ready to be inserted into the German workforce. However, from 2015 onwards, the European Union adopted policies trampling human rights. Reception countries, such as Italy or Greece, established deals with Libya and Turkey to restrict the human flow.

The Islamic State (Daesh) was born in 2014 in Syria and Iraq, proclaiming a holy war, ‘jihad’ against the infidels, ‘kafir’. Men hungry for power are manipulated into sacrifice on the basis of false truths.  Its only goal is to control and ultimately kill people who do not follow Islam, according to their interpretation of Sharia law. These threats included the Kurdish population in Rojava. Therefore, just like Selam, many people enlisted in the YPG militia.

From the age of nine, Selam sold lighters on the street, shined shoes and worked as a mechanic. At the beginning of the mass exodus of Syrians, including his own family, he decided to stay behind, because of his strong bond with his homeland, Kurdistan. Halfway through school, he left to embrace YPG teachings of democratic confederalism. In 2014, he participated in military operations against ISIS. In a coarse tone, he admitted that ‘we always had to carry a grenade with us, just in case we were about to be caught by them. We preferred to be blown up than become their prisoners. If they take you, they will starve you to death. They will burn you or torture you in every possible way. They make you suffer a lot because they want you to wish death. They bring you to the edge of death for months.’

Moreover, Selam denounced the massacre of the Yazidi population and the trafficking of women and children. He showed me a photo of a smiling Yazidi child holding the sign of victory. ‘His parents were killed and he was thrown in prison. We freed him during a fight and let him reunite with the rest of his family. This shows that, somehow, there is some kind of love in war’, he added.

Selam’s tales went on and on with such a passion that it could take you to another dimension. As we walked, the grey sky contrasted with his homeland, a hot place with lively colours, wild nature, animals and plants. A life so far away and different. Despite the distance, he looks for ways to remain close. He took me to a Kurdish club where he participates in various talks and events. We entered an empty room with dim lights that illuminated photos of martyrs. He pointed at photos of women, men, simple fighters and generals. He knew their names, stories and how they had sacrificed themselves.

While we sipped on chai, I asked about his battles. In just a matter of seconds, his face became serious and said: ‘during the war operation in Kobane I was in a group of 25 soldiers and ISIS shot us with tanks, threw grenades and mines in the building where we hid. After three days, we managed to make our way out, but most of my group did not survive. I spent 19 hours under debris and ruins with broken bones. I had to play dead when I heard enemies coming closer…’

Selam continued fighting but got wounded again, and his health worsened. With no hospitals nor safety in Kobane, he decided to move to Europe, in hopes of medical treatment. He crossed the Turkish-Greek borders and then followed the path to asylum in northern Europe. Once he made his way there, he was able to get an ID to travel and move around freely. ‘Bureaucracy is long and boring,’ Selam complained, ‘but I will get the chance to attend language courses and look for a job’. He will soon be able to move to his own apartment, be independent and live a tranquil life, free of battles. Selam’s only goal now is ‘fighting again, but this time it’s for myself, not for other people’.