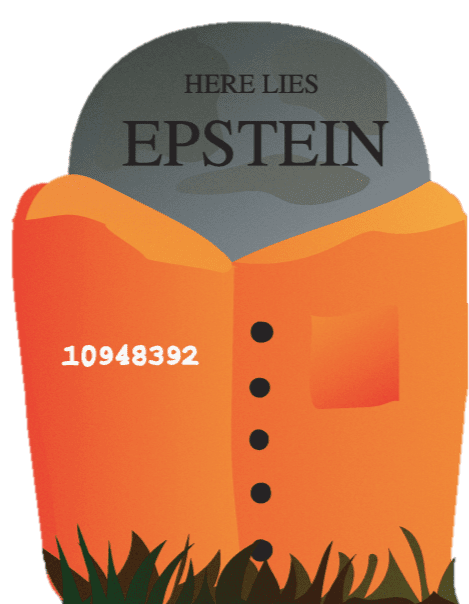 On August 10, financier and sex offender Jeffrey Epstein died in the Metropolitan Correctional Center in New York. Under investigation for allegedly running an underage sex trafficking ring, Epstein was housed in Manhattan in a prison referred to as the Guantanamo of New York. The prison is notorious for holding terrorists, drug kingpins and gang members as they await trial. In good company, it is officially reported that Epstein committed suicide by hanging himself in his prison cell. This was his second attempt at suicide at the same facility.

Outrage at Epstein’s suicide was almost immediate. United States Attorney General William Barr vowed ‘accountability’, while senior Texas Republican Ted Cruz voiced his indignation that prison authorities had allowed Epstein “to take the coward’s way out.” Cruz added that Epstein deserved the ninth circle of hell, a reference to the frozen subterranean wasteland in Dante’s Inferno. Cruz’s hyperbolic discourse successfully conveyed his contempt for Epstein. It also inadvertently demonstrated the contrasts between past and modern Western conceptions of justice. In particular, it highlighted the issue of posthumous justice within modern justice.

Posthumous justice has not always been an issue. The Medieval Catholic Christian perception of justice contained strong views on the issue. Cruz unconsciously channeled this view in his reference to Inferno. Cruz’s chosen destination for Epstein, the ninth circle of hell, is reserved for perpetrators of treachery: in Epstein’s case, treachery in the special relationships between adult and child. The average person would not find it unreasonable to expect that, if the ninth circle were a destination in which one could end up, Epstein would be in the frozen lake in the company of Satan, Judas and Brutus.

The key feature of this dark fantasy is that Epstein’s hellish punishment is posthumous. Criminals in the past were imprisoned while still alive, but it was believed that the real punishment awaited them in the afterlife. In the Abrahamic world, death was thought of as little consolation for perpetrators. In the Middle Ages, Epstein’s suicide would have been of little relevance given the eternal damnation that lies ahead of him.

This is in stark contrast to modern secular conceptions of justice. In the western world, criminal justice centers upon the idea of material punishment and restorative justice. Common punishments include prison time, community service and financial penalties. The most important part of these approaches is that they require the subject be alive to experience their punishment.

This brings us to why Cruz was so outraged about Epstein’s suicide. It removed the ability of the US legal system to hold him responsible for his alleged crimes, and limited solutions for his victims. Epstein’s move to place nearly all his assets in a trust two days before the suicide suggests that Epstein knew this as well. Estates make it difficult for victims to gain access to damages, and lawyers estimate that it will take years for an outcome. Epstein took full advantage of the limitations of modern justice, ensuring that justice would no longer be properly administered.

Epstein’s case makes it obvious that modern conceptions of justice have an issue with posthumous justice. Without a person to punish and with the legal difficulty of suing estates, the modern legal system finds itself at an impasse in respect to furthering justice. On the other hand, past conceptions have little difficulty with creating the perception that justice has been served.

It should be made clear that this isn’t an argument for past conceptions. Perceptions of justice remain merely perceptions. Modern conceptions are also more coherent and just. However, reflecting upon the past has highlighted the current issue with posthumous justice. Given the difficulties with bringing Epstein’s victims justice, it is obvious that more effort needs to be directed into posthumous justice. These could be reforms to estate legislation, posthumous trials and better suicide prevention to prevent posthumous justice being an issue at all. Small actions like these could prevent individuals like Epstein from short-circuiting modern justice, abrogating responsibility and furthering injustice.