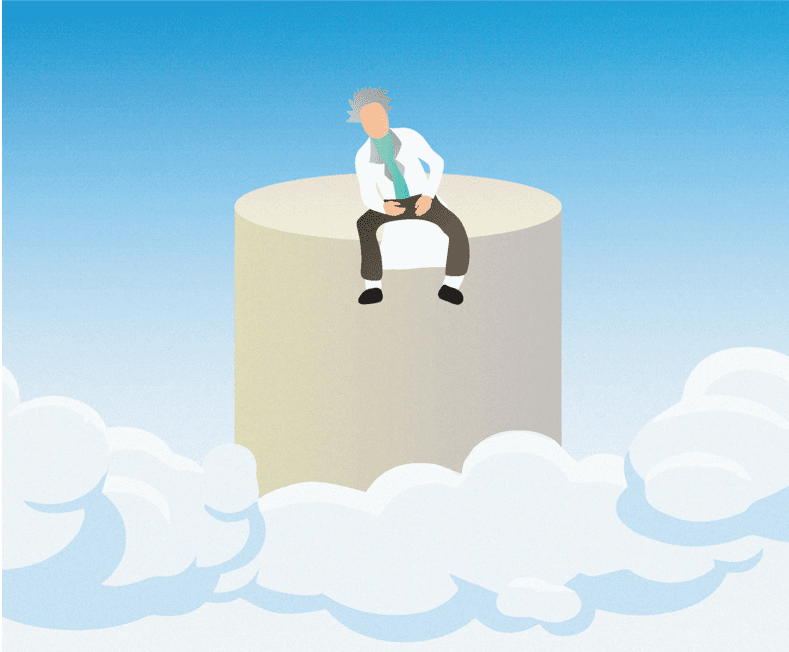 Anti-vaxxers, climate change deniers, and believers of fake news are just like everybody else: people trying to make the most rational decisions possible based on the information available to them. The problem, then, is not entirely with those apparently doing their best to spurn scientific facts, but largely with the way science is communicated to the public. And this is no small dilemma. For example, the recent spike in measles cases in Australia has prompted immunisation warnings from the government. According to the ABC, there have been 92 cases of measles in Australia as of April 2019, compared to 103 cases for the whole of 2018, and even lower numbers for the preceding years.

It is no coincidence that this resurgence in measles has occurred during a time where both information and misinformation are so easily accessible. Critically analysing information and sorting fact from fiction is hard work, and most of us don’t want to triple-check everything we read. Doctors, however, blame the rise of preventable diseases on anti-vaxxers who are spreading dangerous misinformation based on fake ‘science’. Arguably, it is doctors and scientists who are in the best position to educate the public about making the most scientifically-sound decisions on such matters. However, they are notably absent from the conversation. Why then, if doctors and scientists have such strong opinions about anti-vaxxers, are they so reluctant to come out from their laboratories and share their knowledge in plain, accessible language?

Let us begin by examining the reticence of scientists with regards to engaging in public discourse. Professor Ian Chubb, Australia’s Chief Scientist, emphasises the difference between “good science,” which is grounded in rigorous evidence-based testing, and “bad science,” which is not but somehow manages to dominate public debate. As a consequence, scientists are now spending their time arguing against “bad science,” talking about how “bad science” is not science, rather than educating the public on what ‘good science’ actually says.

The Australian Government’s Blueprint for Reform noted that stronger relations between academia and policy making is a major contributor for innovation. Sir Paul Nurse, a Nobel Prize-winning scientist, echoes this sentiment. He believes that scientists should “emphasise why the scientific process is such a reliable generator of knowledge – with its respect for evidence, for scepticism, for consistency of approach, for the constant testing of ideas.”

This brings us to the discussion of how vital scientists are in the fight against misinformation. So, how exactly can stronger relations between academia and policy manifest? A good starting point would be for scientists to talk more, and for politicians to listen, allowing scientists to take on a more active role in civic discourse.

Far from it being an extra burden, scientists have a moral and civic duty to communicate science to the public and engage in public discourse. This is because scientists are, first and foremost, members of the public, and within a democratic context such as Australia, scientists (as citizens) ought to exercise their right in partaking in decision-making. The added status of ‘scientist’ should not preclude them from discussions regarding policymaking.

There are, of course, limitations to this argument. One objection is that we ought to separate science from politics and its underlying ideology. Scientists should focus on conducting high-quality research, and let politicians evaluate and discuss the political ramifications of their findings. This separation is necessary, because engaging in civic discourse would undermine the credibility of science being a value-free ideal. Scientists play the role of being objective in pursuit of information, and advocacy introduces a subjective element to this role.

However, the blurring of science and advocacy can be beneficial. Whilst science is viewed as ‘value free’, the reality is that scientists often subconsciously impose their own personal values into research regardless, such as when questions about rejecting or accepting a hypothesis arise. This concept, known as inductive risk, demonstrates that evidence-based decision making is sometimes not entirely an objective process. The key to ensuring that science remains a ‘reliable generator of knowledge’ is to have transparency, and to convey the ins and outs of science in a digestible manner. If anything, scientists taking a more active role in civic participation can foster more honest conversations between policymakers, the public, and scientists, leading to less misinformation and better decisions.

Additionally, scientists often see their work as ‘too cutting edge’ for public understanding. Yet, in order for scientific knowledge to make a meaningful contribution, it requires society as a whole to be enlightened enough to make informed, progressive choices. To do that, science needs to be delivered in a manner that does not discriminate between peoples’ levels of education.

Dr Karl Kruszelnicki, one of Australia’s most well-known scientists, started off his career as a paediatrician. He eventually decided to give up his medical career and enter media after he witnessed a child die from whooping cough. It was a TV program that encouraged people to ditch the vaccine lead to a decline in herd immunity, which contributed to the death of the child. As a community, we rely on herd immunity to protect our most vulnerable members: those who are unable to be vaccinated, like babies, or people with chronic diseases and immune deficiency disorders. Weighing up his love of treating children and communicating good science to the public, Dr Karl opted for the latter. He has said that he does not regret his decision.

Given the trying times we live in today, it is absolutely imperative that scientists take the time to get out of the lab and immerse themselves in their communities. ‘Political debate’ is slowly turning into a ‘political fake news contest’ in which the loudest person is always right. In a world in which President Donald Trump has had his statements fact-checked and disproven, scientists bear at least some responsibility in guiding the public back to ‘political debates’ grounded in reliable, evidence-based knowledge.