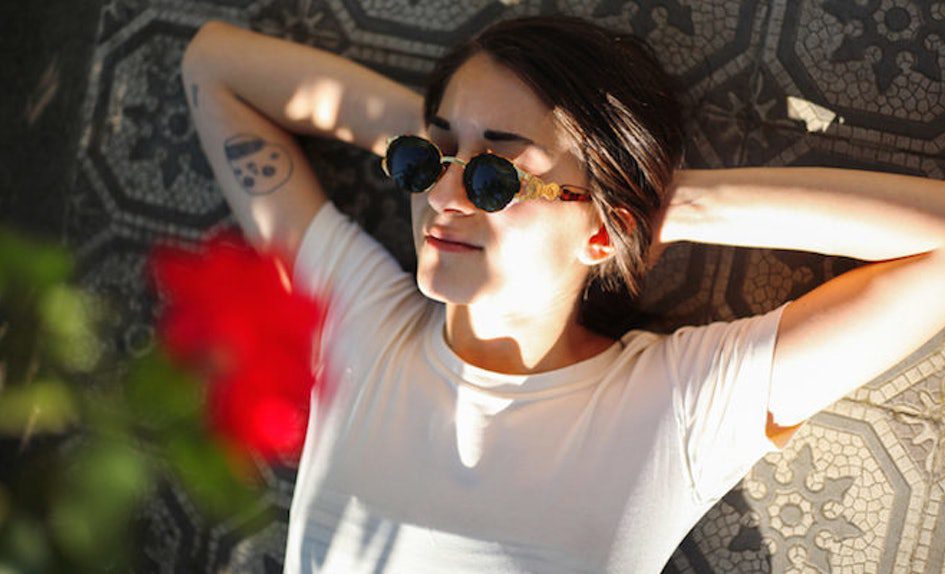 Somewhere between high-school and college, I became frantic to adopt a fabulously chill and complacent attitude; the esteemed and famed persona of a ‘chill girl’. I have tried endlessly to pinpoint the exact shift in my perception of myself. I continue to fail admirably. I realised that I was looking for some critical juncture in the past scattered year for some enigmatic eureka moment that made me strive tirelessly to become easy-going, complacent and ‘one of the boys’. That being said, many of my closest friends would immediately scoff at this because of how miserably I have failed at being chill. Of late, I’ve retaliated to this by ironically captioning all my social media in my own brand of humour, with ‘I am SuCh a CHiLL GurL’. But why am I so obsessed with conforming to this cookie cutter identity? Why am I so willing to absolve myself of my empowering characteristics of being passionate, at times slightly (edit: very) argumentative and quirkily exuberant?

In answer to this, moving out of home, immersing yourself in an intense college culture and starting to work out your own adult identity is super difficult. There is every reason in the book for women to look to some simple way to ensure that they would be liked, celebrated and popular within their own social circles. I would argue that it’s human nature to adapt and conform to established social practices in order to fit in. It happens to be that this brazen unfazed aura and magnetism of breeziness is what most young women seem to aspire towards.

A chill girl’s laid-back outlook instils a sense of emotional stability. It attracts friendships and the male gaze. A chill girl’s inherent willingness to go with the flow is a staple in forming long term relationships that are ‘low key’ and low maintenance. An aversion to committing to romance or even engaging in political discourse lends to the development of her seemingly aloof impartiality. To chill girls, I would assume their grievances seem utterly avoidable. Their perennial sense of complacent apathy allows them to remain detached in a buffered margin, away from argument and conflict.

To me, it seems adopting and harnessing that chill girl vibe could only occur in some altered reality. If the personal traits I mentioned above were found all in the one person, would I even want to be their friend? Perhaps our society has molded a feminine persona who abandons all curiosity and all drive in order to just make it easier for us not to be challenged.  Someone who is willing in every conversation and in every interaction to lay themselves down as a ‘doormat’ has to abandon all drive, sacrifice and curiosity. That drive and curiosity is intrinsically connected to a unique personal and female identity.

I came to realise that attaining a chill girl vibe wasn’t achieved through the process of changing my loud, sometimes obnoxious traits into a chiller and more demure version of myself. Rather, I was simply adding things to my personality; choosing to ‘chug a few beers’ before Moose or electing at dinner not to pull my friends up if they made a political statement that I didn’t agree with. The word ‘chill’ for me wasn’t so much ‘chillin’ out’ but rather adding activities that were deemed ‘chill’ to my already enthusiastic agenda. So, retrospectively, it really did nothing except allow me a quasi-orgasmic rush of feeling ‘cool’. So silly.

I know I can’t speak for the entire female experience but being the ‘chill girl’ or actively labelling yourself as one can be dangerous. I embrace getting heated, laughing out loud, being excited and adventurous without having to adopt a backseat attitude towards life. I think that women in the 21st century are taught by the implicit structures within society that their personalities will never be good enough and that men will forever be in search of a figment of their own imagination, for an extension of themselves. Look to 500 Days of Summer, a Year 11 English staple, an awakening for all, which showed that cool and aloof Deschanel was just not what Levitt made her up to be. It’s these kinds of tropes that can fuel, but also harness, the innate sense of female passivity to which some women subscribe.

‘Chill girl’, ‘cool girl’ feminism is a mixed bag of issues, some of which I agree with and others I wholeheartedly refute. At the end of the day, I think cool girl feminism is just a very sexy way of promoting sisterhood. While the chill girl ideal rests upon a singular attribute, ultimately I believe feminism is contingent on embracing an intimate understanding of yourself and your idiosyncrasies whilst accepting that the female experience is transformative both for ourselves and others.  I know it may come across as existential and extrapolated but flashed against a projector, it’s these feminist trends that stare blankly and starkly back. Adopting a chill girl vibe is only a half-step in the direction of empowerment.

So after writing this comment, I flicked back to December 2017 in my Google history right before the New Year, and amidst all the pirated Friends episodes Isaw a blinking WikiHow article: ‘How to be Chill’. Cringe worthy and alarmingly pre-pubescent. REMOVE WEBSITE.

The Cost of Not Educating Girls