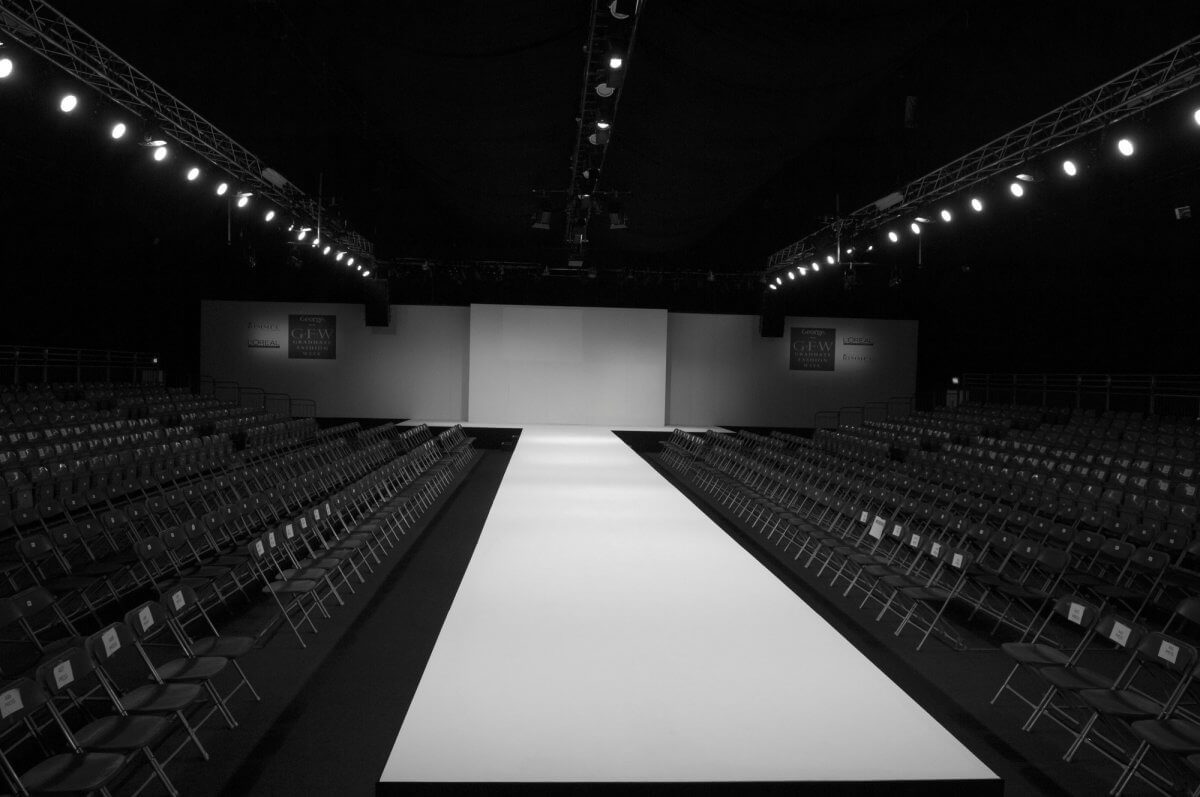 Bodies on the Runway: Modelling Masculinities

Alistair Graham is a fourth-year ANU student majoring in linguistics and physics, and a strikingly long one at that. Reclining casually into a couch at the School of Music café as we chat, his legs reach out far into the distance and lurk beneath the coffee table. His plans for the future consist, in his words, of making a ‘retreat into a cocoon of academia.’

In the second semester of 2016, Alistair went on exchange to Waseda University in Tokyo. ‘It was fantastic, I loved every second of it. It’s the big city – the biggest. There’s 37 million people in the greater Tokyo area, that’s more people in Tokyo that there is in Australia.’ While the city has much to offer everyone, in terms of dazzling skyscrapers and vibrant urban culture, it had a little more stashed away for him in particular.

‘This was about two weeks after I’d arrived in Japan. I had first travelled south to Osaka, to go to Universal Studios, so this was my first or second time properly walking around in Tokyo. We were in Shibuya Crossing, which is like the big intersection they always show in movies. Maybe 500,000 people cross it every day, probably more. And that’s where all of the modelling scouts go to look for new talent – so, literally someone just approached me and was like “Hey, do you wanna be a model?”’

The same conversation would happen another two times that day, with two entirely different modelling scouts. The boy-off-the-street modelling career he fell into led to jobs from fashion school graduate shows, to skate magazines, to Tokyo Fashion Week. Speaking on his Fashion Week fame, he described the food as ‘less good than usual’.

In any country, talk about the modelling industry raises the spectre of discussion around body image – at least secondarily to the selected best clips of Tyra Banks. For people of all genders alike, ‘idealised’ forms of the body loom over expectations both personal and professional. Alistair said he had done some research into modelling in Australia and been faced directly with these not-so-secret preferences – ‘I look at the websites and it’s like, don’t bother applying if you’re not at least 5’10”, or you’ve got to weigh this much. There’s a very specific type [they’re] looking for.’ In Japan he found this idealised masculinity also very much present, but in a huge industry with a comparably large turnover of faces throughout the season, this meant opportunities for different shapes and sizes to find their niche in the market.

Alistair describes his own physicality as less than traditionally masculine, and usually intentionally so. Achieving that comfort in itself has been a process, which has encountered – though he says only occasionally – moments of resistance. ‘The peak of that for me was when I was living in the United States, in Kansas, that was very Midwestern and very conforming to gender binary and gender roles.

‘So, I’d be asked as a 10 or 11 year-old if I had anorexia because I was so thin. I was also mistaken pretty regularly for a girl, which at the time I was embarrassed by. But, it happened in Japan while I was out at a nightclub, and I was mistaken for a woman – I was like yes, I am about this. It is amazing what 10 years can do to your perspective.’

In his own experiences, modelling proved itself a validating exercise in terms of physicality and masculinity, realising that as he had suspected as early as high school, a certain androgynous glamour was something that his body ‘would be good at’. On his favourite job, a friend’s graduate collection showcasing a look ‘combining steampunk and high fashion’, he felt at home in clothes designed for him – rather than a masculine abstraction. ‘It accentuated a lot of the things I enjoy about myself and my own body. The clothes were designed to make me look very long, quite angular and very gender neutral.’

He found, however, in a city with a thirst for fresh faces and often a particular taste for whiteness, it was hard to pass by the differences in who was on either side of the camera. He notes the need to talk about masculinity alongside other social factors including race, as well as queerness and disability. ‘Everyone I was working with – as in all the people doing my hair and makeup, doing the camerawork – literally the entire everyone not on camera, was Japanese. But everyone on camera, was not.’

The nuances of these discussions are greater than diversity that can be rectified in quotas, or even an extremely clever think piece. Nonetheless, he observed with some discomfort that his participation in the Japanese modelling industry continued to connect his white masculinity to images of desirability created for a Japanese audience. Acknowledgements of the connotations of race and masculinity are still few and far between in both Japan and the Western world.

It’s a story that highlights a culture of conversation around masculine bodies that still has some ways to go. ‘It’s important for men or even more so boys to realise, be told, and have reinforced, they don’t have to be like that or look like that,’ he said of discussions about masculine body image. ‘Society places a lot of pressure on men and women to look a certain way, and that’s exploited under capitalism to sell products, and that’s also where the desire for male and female ideal models comes from.

‘I think that if there were more representation of bodies outside of that binary it would be quite reassuring to young boys and girls. That like, their bodies are OK.’

Knowing your body is OK; that changes the game. It’s what takes someone who’s not aggressively hirsute, or stacked with muscles, or is for reasons that are numerous doubting that masculinity has space for them – and it puts them on the runway.

What is happening along the US border?