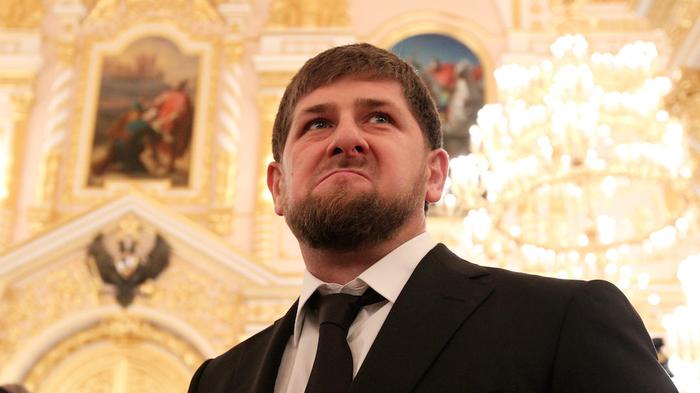 In an attempt to rid Chechnya of ‘non-traditional’ practices, the President of the Russian Republic of Chechnya, Ramzan Kadyrov, has vowed to eliminate the entire Chechen LGBTQI+ population by the beginning of Ramadan.

The 26 May 2017 will mark the beginning of the Muslim month of Ramadan. While Muslims all over the world will be commemorating the first revelation of the Quran, 26 May will symbolise a much more sinister turn for the Chechen LGBTQI+ community.

Chechen ideology centres on a ‘pure nation’, embedded in traditionalism, Putinism and a conservative interpretation of Sufi Islam, making it a hostile punitive regime. Collective punishment has been the hallmark of Kadyrov’s repression.

On 1 April, reports emerged that over 100 gay men had been rounded up and imprisoned in an unlawful and unofficial concentration camp near the city of Argun. Novaya Gazeta, a leading independent Russian newspaper, was the first publication to report on the purge, claiming that over 30 gay men have been killed by the regime since December 2016, with countless others missing.

Many of the survivors tell the same eerie story, involving deceit and betrayal in their capture. Through social media networks, these men had arranged dates with other gay friends, only to be met by security officials and vigilantes. In these alleged concentration camps, men are told that they are animals, non-human and that they will die there. One of the survivors claimed the Chechen officials told him that Chechen men have ‘no right to be gay’, they have to be ‘warriors, straight, sportsmen’.

The reason this particular story has struck a chord with me is that my ancestors also experienced this kind of systematic purge, my ancestors were also imprisoned in concentration camps.

Approximately 60 survivors who have sought asylum throughout Europe have spoken out about beatings, electrocutions, starvation and various assaults. The aim: obtaining names of other gay men to detain. A user of Vkontakte, a Russian social networking site, wrote about a 16-year-old boy who had been detained in a Chechen village, returning home ‘all beaten, just a sack of bones.’

As a descendant of Holocaust survivors, and unfortunately, as a descendent of those who did not survive, I am pained to reflect that our ‘never again’ vow clearly doesn’t hold against these regimes.

Since reading about this anti-LGBTQI+ purge, I have told anyone who will listen. I know that countless atrocities are being committed around the world and the persecution of LGBTQI+ communities is certainly not new.

Owen Jones wrote a particularly poignant article for The Guardian titled ‘Let’s answer Chechen brutality with a global uprising against homophobia’. The article points out that we empathise with those we feel our equals. Jones highlighted that when atrocities are written in history, we side with the tormented.

But to me, the fact that in a decade’s time no one will hesitate to condemn Kadyrov doesn’t change the reality that a whole generation of Chechen LGBTQI+ people will be wiped out if we do not act.

Elena Milashina, the journalist who first investigated these reports, has now been forced to flee Chechnya, with countless death threats from officials and members of the community. She says that days after she published evidence of the purge, 15,000 people gathered in the main mosque of Chechnya to declare jihad against Novaya Gazeta. Grozny Info, Chechnya’s official news source, has spoken out against Novaya Gazeta and its journalists for trying to discredit the Chechen government, people, and their traditional values, adding that this was an attempt by journalists to ‘foster sodomy’.

The Interior Minister of Chechnya claimed the reports were an ‘April fool’s joke’, denying allegations that the Chechen government is systematically purging its LGBTQI+ community. Meanwhile, President Kadyrov’s spokesperson denied the existence of LGBTQI+ people in Chechnya, stating that ‘if there were such people in Chechnya, law enforcement agencies wouldn’t need to have anything to do with them because their relatives would send them somewhere from which there is no returning.’

This is particularly disturbing as many survivors have said that to return home is ‘an invitation to execution’. Relatives continue to be shamed and monitored for having homosexual family members. To rid themselves of the ‘stain’ of homosexual relatives, families have been ‘cleaning their honour with blood’ – killing their gay relatives to appease themselves, their community and the regime. A 17-year-old homosexual boy was pushed off a ninth-floor balcony by his uncle, while another was taken to the forest by his family, who then killed and buried him there.

While Chechnya is a Russian Republic, journalists contend that the Russian Constitution and Law are not respected in the Northern Caucus. Vladimir Putin’s earliest comments suggested that witnesses are remaining anonymous because they have no proof of this purge. Most recently, Putin backed an inquiry into the reported crackdown, referring to the allegations as ‘rumours, you could say’.

In a frankly uncomfortable interview with Yahoo! News, the official representative of the Russian Foreign Ministry, Maria Zakharova, refused to elaborate on Moscow’s response to these reprehensible crimes. After stating that Russia has launched an investigation, Zakharova repeatedly attempted to deflect further questions.

The Russian administration’s lack of urgency on the matter, despite condemnation from Germany, the UK, Human Rights Watch and countless others, is concerning and disheartening. It has made me reflect on our role as global citizens, but more specifically our helplessness as global citizens.

This piece is for the ancestors I never met, in hopes that we as an international community will do something before it’s too late.

This piece is for the descendants of the Chechen LGBTQI+ community, who in 60 years will look back and feel their ancestors’ histories were cut brutally short, just as I do.