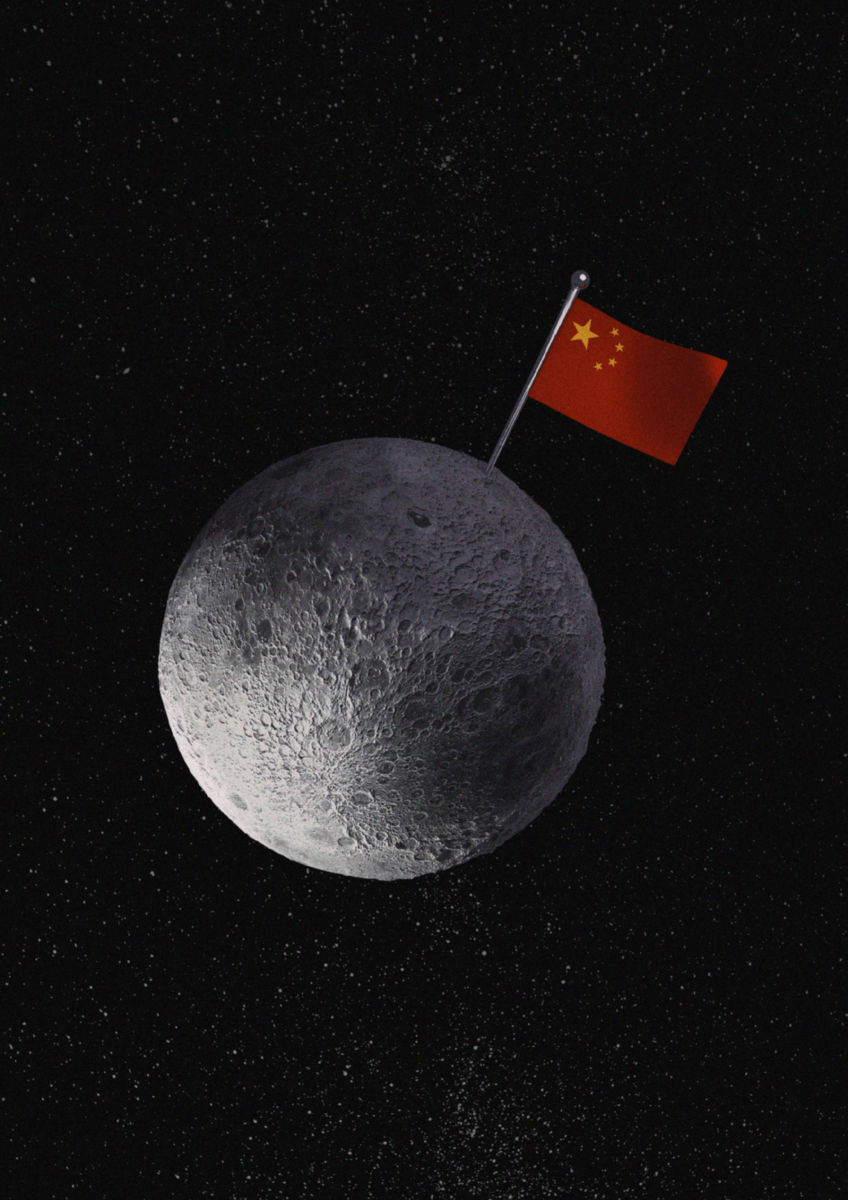 You might think that we’ve exhausted the supply of ‘firsts’ to be reached on the moon. The Soviet Union took the prize for the first spacecraft on the moon with Luna 2 in 1959, while the United States was the first to put boots on lunar soil. Now, many decades after the final Apollo mission, it seems like interest in the moon has waned, in favour of more distant objectives like Mars or Saturn. But, amazingly, there is a first in spaceflight that hadn’t been achieved until recently. On the third of January this year, the Chinese spacecraft Chang’e Four touched down on the far side of the moon.

Previously, no soft landing on the far side had ever been achieved, although the Ranger 4 probe was crash-landed there in 1962. Landing a craft safely on the far side is, unsurprisingly, harder. The key difficulty, and the reason it hasn’t been done until now: radio signals sent from the Earth to the craft are blocked by the moon.

CNSA, the Chinese space agency, surmounted this problem by launching Queqiao (“Magpie Bridge”), a relay satellite that bounces signals between the Earth and the spacecraft. Launched in May 2018, Queqiao has been in orbit since June 2018.

Because the relay satellite has to be accessible at all times, it could not have been launched into Earth or lunar orbit. Instead, Queqiao orbits the L2 Lagrangian point – a point in space about 60,000 km behind the Moon, directly opposite the Earth. At that point, the gravities of the Earth and Moon work out in such a way that the satellite doesn’t orbit, but actually stays in a fixed location! That means when Mission Control needs to send up signals, they’ll always find Queqiao in the same place.

Chang’e Four – fittingly named after the Chinese goddess of the moon – was launched later, on 7 December, entering lunar orbit on 12 December and landing on 3 January. The craft touched down in the Von Kármán crater, which itself lies in a larger impact crater, the South Pole-Aitken (SPA) basin. Some 2500 km in diameter, the basin spans nearly a quarter of the entire lunar surface. In pictures of the moon’s far side, it’s unmissable: a huge black spot near the south pole. The impact that created it excavated so much rock that the moon’s crust is 30-50 km less thick there than in the surrounding area.

One of the scientific goals of Chang’e Four is to study the basin in the hopes of learning more about that ancient impact. On board the lander is a radar for scanning under the moon’s surface, and an imaging spectrometer for analysing interesting minerals. Beyond geology, the lander also carries a low frequency spectrometer (LFS), which is used to detect radio waves between 0.1 and 40 megahertz. The far side of the moon is actually an ideal place for radio-astronomy, because the moon blocks radio interference from Earth – both human-generated signals and natural radio emissions from our atmosphere. Chang’e Four also plays host to a number of scientific instruments designed by institutions in Germany, Sweden, and the Netherlands.

One other curious goal of Chang’e Four was determining the viability of growing plants in space. A soil and water-filled metal canister was placed on board the craft and loaded with a variety of plant seeds – including potato, cotton, grapeseed, and rock-cress – as well as fruit fly eggs and yeast. The canister was intended to be a self-sustaining ‘mini-biosphere’ – the plants would provide food and oxygen for the fruit flies, while the yeast would help decompose waste produced by the other organisms. Potato and cotton, in particular, were chosen because they would be ideal crops for future lunar colonies. Like the protagonist of ‘The Martian’, colonists would be able to feed and clothe themselves with little or no reliance on supply drops from Earth.

While plants have been grown on orbiting spacecraft before, the moon’s surface poses additional challenges. It’s constantly bombarded by cosmic radiation thanks to the lack of an atmosphere, and the temperature fluctuates wildly between the lunar day (up to 100°C) and night (as low as -180°C). Despite all this, the biosphere’s chances initially seemed good. Photos sent from Chang’e Four on 7 January show a cotton seed sprouting. However, after the arrival of lunar night on 13 January, it was declared that there was no chance for survival – lacking solar power, the biosphere’s temperature controller could no longer function. Even Chang’e Four itself had to hibernate to survive the cold, shutting down operations and relying on an onboard radioactive sample to stay warm.

While short-lived, the biosphere was successful as a proof-of-concept: astrobiologist Charles Cockell calls it “the first technical demonstration that we can grow plants on another planetary body.” And it reminds us that there are firsts yet to be achieved. With interest in the moon returning, perhaps the first lunar colony will be established in a decade’s time – we’ll look back and wonder why landing on the far side was so hard.