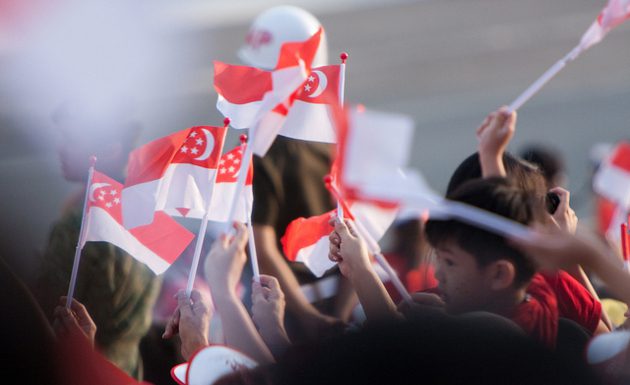 A Race Against Race

‘Regardless of race, language and religion’ says the national pledge of Singapore. But how accurate is this phrase? How well is it upheld in the city state which proudly proclaims itself as all-inclusive and harmonious? Discussions of privilege and oppression often incite denial and deflection by the beneficiaries of the system – the Chinese majority – but they must be addressed. It is crucial to tackle this rationally, as opposed to sweeping it under the rug – something that’s almost innate to the masses in Singapore.

To understand the struggles and difficulties that minorities in Singapore face, a breakdown of its composition is crucial. There are four main races in Singapore – Chinese, Eurasians, Malays and Indians – making up the population of 5.7 million. The Chinese population also forms roughly 73 per cent of the nation, thus making them the clear majority.

However multi-cultural, -racial or -religious it trumpets itself to be, Singapore still has a long way to go when it comes to being inclusive and unbiased. And instead of continuously shoving harmony down the throats of citizens like me, Singapore would do better to address the ongoing structural inequities and institutionalised racism. Declaring an annual ‘Racial Harmony Day’ and constantly preaching about principles of meritocracy – Parliament’s favourite pastime – does not mean that we have removed all the implicit bias.

The media is hardly an avenue that allows adequate representation of the minority races. Advertisements and television shows do not present equal opportunities to minority talent unless they require someone to be cast as the thief, a gang member or an extra in the background.

Casual racism is also a problem. Minority races are also often used as a tool of fear or as the punchline of a joke. As sickening as it sounds, it is commonplace for the majority to say, ‘You had better finish your food or do XYZ task, or I’ll get the Indian man to catch you’.

It’s almost as if minority races exist to be ridiculed, but try voicing this out to a Chinese person and chances are they’ll kung fu their way out of it. See what I did there? Wasn’t very cool, was it? Likely to turn you off any discussion, right? Those are the type of jabs minority races are often subjected to and expected just to accept – whether it be on television, in school or the workplace.

Even stereotypes, which affect all races, including majority ones, favour the Chinese – as they are considered crafty, hardworking and dollar savvy. On the other hand, minority races are often mocked as unmotivated, violent and even foul-smelling. Is it not peak privilege when even stereotypes paint a positive image of the majority?

Singaporeans beauty standards are also almost always compared to the ‘Chinese normal’. Fair skin and silky straight hair is being celebrated, while darker skin tones and curly hair are misrepresented – portrayed as unattractive and undesirable. A minority race who satisfies the ‘Chinese normal’ is then complimented as being ‘pretty for an [insert race]’. Singaporean society is unabashedly conditioned only to appreciate the ideals and norms of the majority race.

Minority struggles in Singapore are paralleled to the oppression faced in Western societies. However, as Singapore is predominantly Asian, racism is carelessly brushed aside, as if racial hierarchies and dominance don’t exist in non-western societies. There is diversity and hierarchy amongst Asians themselves, and this should not be ignored.

Evidently, there are a plethora of issues surrounding racism, oppression and daily micro-aggressions that are faced by minorities in Singapore. But instead of repeating how this discussion is divisive and sensitive (as is often the case), it is time now we tackle them head on.