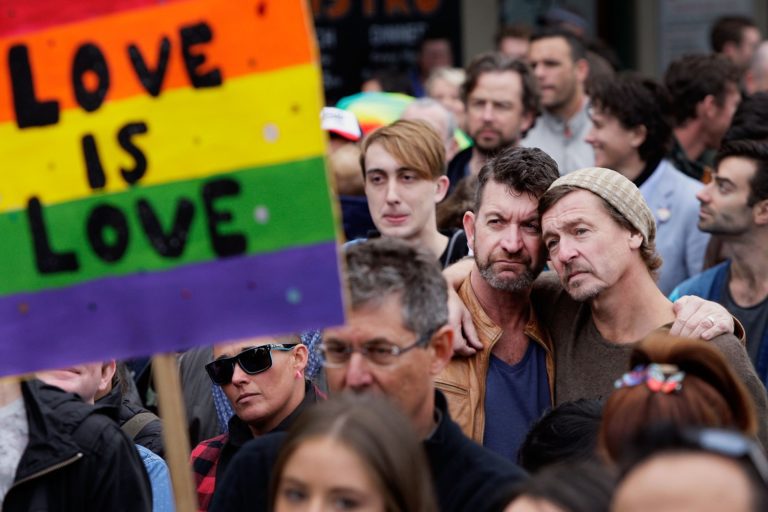 On Tuesday the 13th of September plans to hold the same-sex marriage plebiscite on February 11 next year were approved by Federal Cabinet, along with a proposal to allocate $7.5 million in public funding to each of the “Yes” and “No” campaigns.

Additionally, ministers agreed on the question to be put to voters: “Should the law be changed to allow same-sex couples to marry?”

In response, Labor has indicated that it will block the plebiscite, a decision which, once formalised by caucus and combined with the Greens, the Nick Xenophon Team and Derryn Hinch’s own decisions, means there is no chance of the legislation to establish the plebiscite passing the Senate.

Such a move, if maintained, has come as a serious blow to proponents of the plebiscite. Students from both sides of the debate engaged in heavy debate on the online forum Stalkerspace.

According to ANU student and social convenor for the ANU Liberal Club, Darcy Bee-Hickman, “the reality of the situation is that it’s a plebiscite or nothing if you want marriage equality in the next three years.”

“Shame on the Labor Party and the Greens for selling out on their policy beliefs for political gain.”

Ramon Bouckaert, policy convenor of the ANU Liberal Club, shares a similar opinion, saying that “without a plebiscite, the government have no mandate to legislate same-sex marriage, and the party room will never, ever approve it.”

However, many are supporting Labor’s decision to block the plebiscite, citing the significant financial cost, estimated by PricewaterhouseCoopers to be upwards of $525 million, as a clear factor against.

Additionally, the adverse effects that a far-reaching “No” campaign would have on the mental and social health of the LGBTQIA community have been discussed by activists and politicians alike. Opposition leader Bill Shorten himself commented that “if one child commits suicide over the plebiscite, then that is one too many.”

ANU student Jason Clarke is similarly opposed to the plebiscite due to the potential harm it could have on LGBTQIA youth, saying that “I’d rather wait than have someone like my 14 year old self be subjected to the vitriol which would arise during the process. I don’t want self harming or suicidal LGBTI kids just so that I can get married, thanks.”

In particular, opponents of the same-sex marriage plebiscite have warned against the consequences of a “No” campaign in regional and remote areas, where LGBTQIA youth are already more likely to face homophobia, violence, discrimination and a lack of support.

ANU student Chloe Harpley, originally from Wagga Wagga, is amongst those fighting for the voices of regional and rural LGBTQIA youth. Although Harpley is adamant that attention given to the “No” campaign will have an impact on the mental health and wellbeing of the whole LGBTQIA community, she believes these effects will be heightened in regional and rural Australia.

“I genuinely fear for the lives of LGBTQIA people in regional and rural Australia as they are, in some cases, completely isolated from positive, supportive voices,” Harpley told Woroni, “The plebiscite will undoubtedly fuel more hate in environments that are generally more homophobic and, in turn, not only ruin lives but end them.”

As the prospect of a plebiscite becomes more and more unlikely, pressure on the government to legalise same-sex marriage without a plebiscite has increased, as proposed in a bill introduced by Labor last week.

ANU student Howard Maclean is in favour of such a move, urging parliament to “do it’s job of passing legislation on this matter like it does on everything else, rather than deferring to a glorified non-binding opinion poll.”

“The only time a plebiscite has ever been held on substantive policy matter was on conscription a century ago. Are we really going to compare the prospect of two men or women having a slip of paper and a title to conscription?”

Yet the alternative – scrapping the plebiscite and taking the issue straight to parliament – continues to be rejected by supporters of the current government like Bouckaert who maintain that the government has been elected “under a system of representative democracy, not direct democracy” and is therefore bound to the policies by which it was elected.

Additionally, Bee-Hickman believes that to claim that the plebiscite would descend into a “Yes” versus “No” campaign is to simplify the issue, as “it’s pretty immature to imply that opponents of same sex marriage are against gay rights. There are equally valid and respectful arguments on both sides, which is why a plebiscite would be conducted on the most part respectfully and in good faith.”

Nonetheless, current ANU Queer* Officer Fred Hanlin, while acknowledging that he could not represent every Queer* voice in the university, expressed his exhaustion with having to argue in favour of marriage equality. He shared with Woroni his frustration in an Australia “who should not be so embarrassingly lagging behind, being hauled kicking and screaming into the 21st century.”

He continued, “Prop 8 in California and the Irish Marriage Referendum showed that there’s going to be nothing but ugliness from a public debate about whether a secular legal contract between two people should have the ‘no gays’ clause removed from it.”

“I know from growing up with homophobia how shitty it is for kids, and even adults, and that’s exactly what we’ll get. And this doesn’t even touch on how it’s an expensive boondoggle for something that several politicians across the parties have said they won’t be supporting regardless of the outcome.”

He concluded to Woroni, speaking on the possible wait until the 2019 elections, “So this means another few years since the Liberal Party and enough of the Labor Party members who still align with the head of the Retail Workers Union aren’t going to vote on it? So be it.”

As we wait for the results of the Labor caucus and the passing of the plebiscite bill in the Senate, eyes will certainly be turned towards the Australian LGBTQIA community. According to Harpley, all LGBTQIA activists and supporters can do in the meantime is to “try to drown out the hate with positivity, support, validation and love.”

Canberrans joined thousands of other Australians on Saturday to protest for the right to an abortion here and in the US.