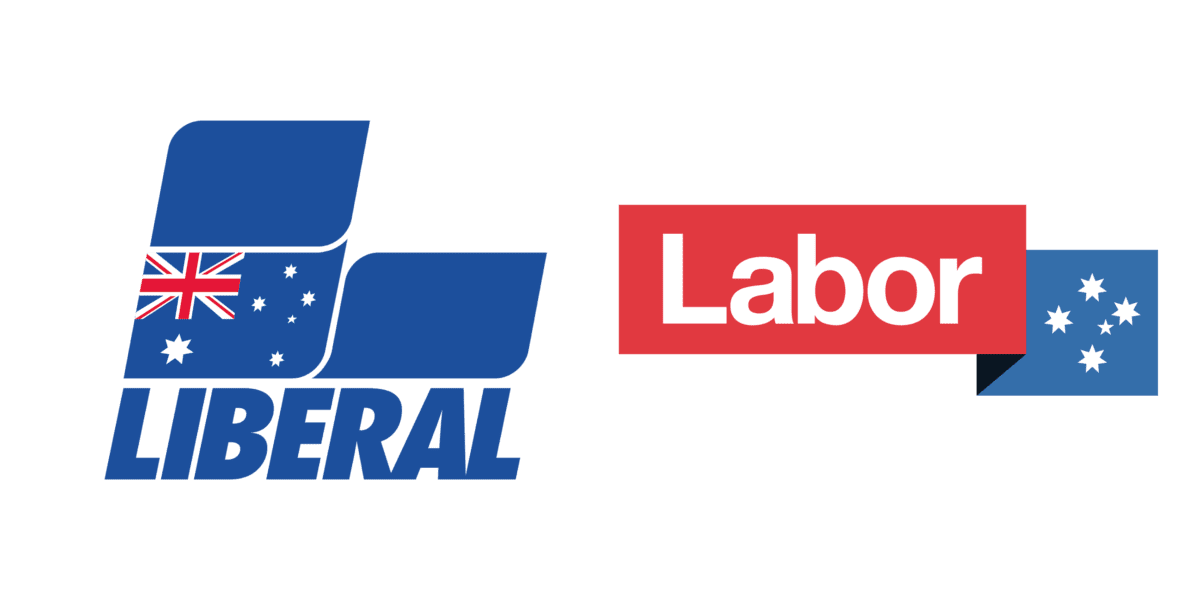 Campaigning for the Liberal Party of Australia 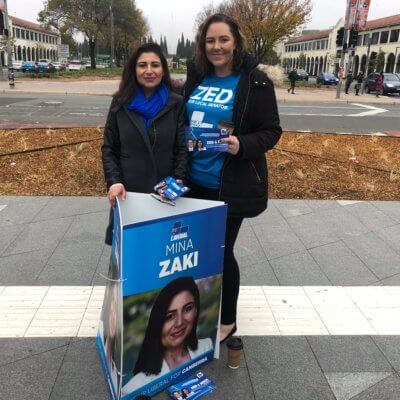 What’s your name and what campaign are you working on?

“My name’s Georgia Clarke, and I’m on the campaign trail with Mina Zaki for Canberra and Leanne Castly for Fenner with the Liberal Party.”

Have you campaigned for a political party before?

“I’ve also campaigned in the NSW election with the Liberal Party earlier this year.”

Why did you feel it was important for you to get involved in a political campaign?

“I think I volunteer in election campaigns because of the stigma that being a young woman and being a Liberal are incompatible. I know plenty of strong, independent young female Liberals who hold themselves with grace and fight for what they believe in. Especially in election times I want to be able to get out there and show the world who we are and what our candidates can bring to the table.”

What’s the best/funniest/most interesting story that you have from this campaign?

“It’s really easy (especially during election time) to become caught up in defending your party, but when I was volunteering at a pre-poll location I ended up talking to a volunteer from another party. As we started talking, the issue of pill-testing came up. I had a pretty strong opinion on the topic, but in talking to them they really did change my mind. It just goes to show that we never stop learning from each other and that we always have a lot to gain by having open communication, even when you’re coming from very different political corners.”

Do you think it’s important that students get involved with campaigns? Why?

“We’re going to inherit Australia’s economy soon, so politics can’t be something that we will worry about ‘someday’. Student volunteers really do make or break election campaigns – we bring optimism and energy that the parties can’t get anywhere else.”

Campaigning for the Australian Labor Party 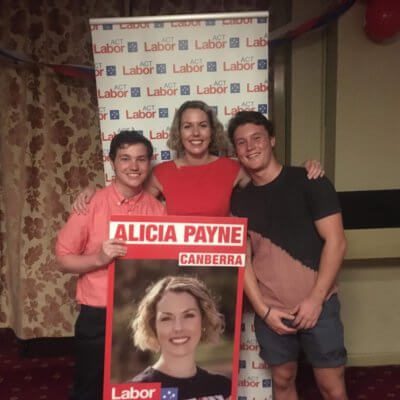 What’s your name and what campaign are you working on?

“My name is Lachlan Hogg and I’m working on Alicia Payne’s campaign in Canberra.”

Have you campaigned for a political party before?

“I haven’t! This is my first time and I’m very excited and learning lots and lots, but it’s been a lot of fun.”

Why did you feel it was important for you to get involved in a political campaign?

“Well, I was a little bit disenfranchised with politics before I started working with Alicia. I met Alicia and she impressed me a lot she just seemed very genuine and like she really was trying to make a difference, and that sounds like a bit of cliche, but it was something that was enough for me to get intrigued by her and I started reading a little bit more about her and sort of realised that if I wanted to try. I believe that getting disenfranchised in politics wasn’t the right approach. That wasn’t going to get me anywhere and it was just sort of like a defeatist attitude. So I started doing little things for her, just showing up at street stalls, and handing out pamphlets for her and one of her campaign managers asked if I wanted to do a little bit more, and so I did. It’s just been a really valuable experience learning about how politics functions and what you can do as a civilian or a citizen and how much power you actually have to determine what sort of future you want.”

What’s the best/funniest/most interesting story that you have from this campaign?

“We’ve had a few shockers! Probably the funniest story that I have was when Alicia went into someone’s house for a cup of tea and we were walking around and the person who was organising her doorknock hadn’t seen her in a while and just got very very nervous, and was sort of running up and down the street looking for her and he found her in the house having a cup of tea with this older lady. She knew she wasn’t meant to do it but she still did it! We have had a few funny experiences, corfluting is always really fun, just sort of the pulling up on the side of the road in a really dangerous fashion, and sort of risking your life to hammer these corflutes in, we also put Alicia’s corflutes up outside Canberra Grammar School, which I’m sure will be very very productive. It’s fun getting around Canberra and seeing all the different places.”

Do you think it’s important that students get involved with campaigns? Why?

“Yes, I am a very strong believer in student activism in politics. I think students have this unique role in a society and I don’t think that’s really a hyperbole. I think students have this inherent nature to question things and to get out there and to demonstrate what they believe in and to support people that believe in the things that they believe in. I think that students just have such a critical role in the system and in our community because they have the energy to get out there and they have the motivation to get out there and whether it’s naivety or whatever you want to call it, we are questioning some of the practices that have been set up around us and I think that’s so important. And I think we also have an inclination to hold leaders to account. I can’t back that up with any scientific evidence, but everyone that I’ve met at university there is a strong sense of accountability and I think that’s really important in politics. I think if a politician’s not willing to be accountable then this isn’t the game for them, politics is about accountability and representation. In short, I think that students are fundamental to politics and I think that they should definitely get involved in a campaign.”

Grace Sixsmith is a member of the Australian Labor Party.

Canberrans joined thousands of other Australians on Saturday to protest for the right to an abortion here and in the US.