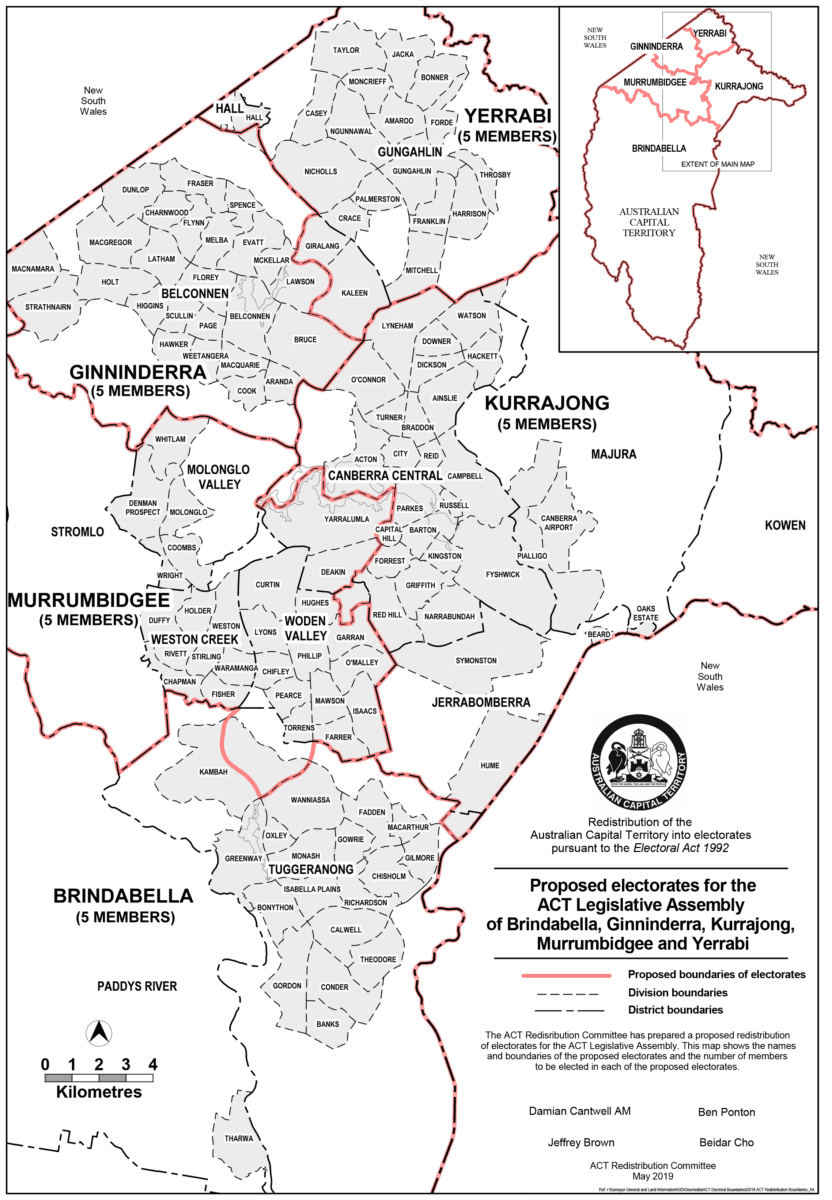 ACT legislation requires a redistribution before every election. “This requirement is aimed at ensuring ‘one vote, one value’,” Mr Cantwell stated. Electorates must not vary more than five per cent above or below one fifth of the total enrolled population. Each of the proposed electorates meets this requirement.

Every electorate in the ACT elects five representatives under the Hare Clarke system, which requires political parties meet vote quotas in order for members to be elected.

The ACT Redistribution Committee has announced its proposed redistribution of the ACT electoral boundaries for the 2020 ACT Legislative Assembly election. A detailed report on the proposal including maps is available here: https://t.co/45obQwrpGo

The suburbs of Yarralumla and Deakin, previously part of the inner-city seat of Kurrajong, will be shifted to the seat of Murrumbidgee. The southern edge of the suburb of Acton, where the ANU campus is located, will now form the boundary between the two zones.

The Canberra Times has speculated that the redistribution may favour the Liberal party, as both Yarralumla and Deakin recorded some of the highest first preference vote for the party in 2016.

The proposed boundaries will not apply to the approaching federal election.

A detailed report on the proposal is available on the Elections ACT website. The proposal is up for public comment until June 3, and objections must be submitted in writing to the Augmented ACT Electoral Commission.

Objections to the redistribution will then be considered by the electoral commission and a revised version will then be proposed. If the second proposal is not significantly different from the first, then these proposed boundaries will become final.