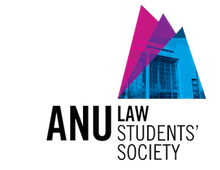 The ANU Law Students Society’s (LSS) annual Ordinary General Meeting on Wednesday proved to be an eventful night after it was raised to the executive that insufficient notice of proposed constitutional amendments was provided.

During the meeting, it was made clear that the suggested constitutional amendments were not proposed within the mandated time frame. According to the LSS Constitution as of May 2019, all proposed changes must be provided 21 days prior to the General Meeting. However, public notice of the amendments was given as little as seven days in advance.

One of the proposed amendments would serve to reduce the numbers of the committee, reducing what was 36 members to 35. It has been recommended that two positions – those of the JD Director (Online) and the BBQ Officer roles – be removed, and the creation of a third Careers Director.

LSS President Rocky Lagudi outlined that it makes “logical sense” to remove the JD Director (Online) role as the “the ANU College of Law no longer offers an online JD program.”

The BBQ Officer “has largely operated as symbolic in recent years,” Lagudi outlined as the motivation for attempting to remove the position.

While the new Careers Director will “enable the Careers portfolio to better handle its substantial workload” Lagudi stated.

Proposed amendments 14 and 15 aimed to alter the LSS constitution to now describe that only “the president and eight vice-presidents” are to be elected each year. In addition, following the annual elections, 21 Directors and a single Editor-in-Chief will be appointed instead of elected.

The lack of appropriate notice means that the upcoming elections on October 9 will be run as per the current Constitution, and the suggested changes will not be implemented.

In response to the proposed amendments being shelved during the OGM, the LSS hopes to pass these amendments during a Special General Meeting (SGM) on October 20. While the constitutional changes may be passed during this meeting, they will not come into effect until next year’s elections.

Return to In-Person Classes Planned for 2022

Vice-Chancellor Brian Schmidt has specified in an email to University staff that classes will be returning to in-person delivery in 2022, and that students who are able to attend in-person classes are expected to do so. Moreover, there will be some courses with virtual options an