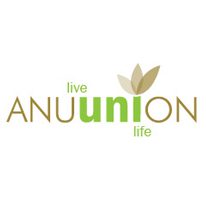 The current ANU Union elections, which opened on Monday, mark the Union’s first contested elections since the destruction of Union Court and the attached ANU bar in Semester 2, 2017. The Elections will operate out of ANU Sport, and polls will close on Thursday of Week 4.

Woroni got in contact with both camps and asked them a few questions to help you get to know them and their ideas. We asked each candidate from both tickets the same three questions; 1. ‘Tell me about yourself’? 2. ‘What do you think you can offer the ANU Union and what does your ticket provide that the other candidates don’t’? 3. And the most important of all, ‘What’s your favourite fruit? Their responses are below.

“Hi, I’m Nick, and I’m a second-year arts/policy studies student. As a second-year, I never had the union. I have only heard stories about the Union.”

“Although as a second year I have never had the Union, I’m the president of the Greek society, I’m also on the National Executive of the NUS (National Union of Students), and I’m the treasurer of another society on campus. I want to bring all those experiences and the people I know from various backgrounds and bring that to the Union. I believe the ANU Union is for students and that’s the vision I want to deliver.”

What’s, is your favourite Fruit?

“Hi, I’m Zoe and I’m a second-year Pols Sci/Arts student! Outside of politics, I love getting involved in theatre (I’m co-producing Arts Revue this year!) and getting off-campus students engaged with the ANU community.”

“I believe that I can contribute significantly to the ANU Union through my vast experience in on-campus life. I have been an integral part of the governance and negotiating on behalf of many clubs and societies on campus and the Union could benefit from someone with knowledge of what ANU students need from the Union. Unfortunately, most students aren’t aware of what the Union does or even that it exists, and this to me, shows an issue with a lack of transparency and accountability in the Union Board’s internal operations – especially since student money funds Board member stipends. I’m passionate about making sure that all students are able to know about and benefit from their Union, whether that be through accessing student jobs first or bringing back the clubs and societies grant for students.”

What is your favourite fruit?

“Hi, my name is Grace. I’m a third-year political science student and I had the Union for only six months.”

“I have had the union for six months. When I first came, it was like ANU Bar, ANU Union, that’s where you go. I feel like it was ripped away from my Uni experience very quickly. Seeing that happen, and seeing what Kambri has brought, I just don’t think it’s good enough. We need a Union that will deliver what students want, something that works within our budgets; we can’t afford to eat at China Plate. It’s that vision that I hope to bring to the Union.”

“Hi, my name is Flynn and I’m a first year studying Political Science! I’m committed to making sure that first years have a fair go at access to jobs at the Union and use of the Unions outlets and services – so that no first year feels like the university is unaffordable or inaccessible for them.“

“As a first-year student I believe that I can offer a different perspective of the Union that represents a majority of students on campus. I differ from other candidates in that I understand that the Union can appear to be an obscure body to many students who never experienced the ANU Bar and Union Court before Kambri. As a result, I have a long-term vision for how the Union can serve regular students like myself who will be using the Union’s new facilities for the entirety of their years at the ANU.”

“My name is Nathalie. I’m a fourth year Security Studies & Arts Student, and the ANU bar was pivotal to me meeting a lot of my friends.”

“I have been involved with student organisations during my four years at university. I used to be the Deputy Editor in Chief at Woroni during a period of rebranding and that [experience] is something I can bring to the Union as well. It’s a really critical point of rebranding. We’ve got two generations of students that don’t know who we are, and we need to say, we are here because Kambri isn’t good enough. It’s a very manufactured experience that is not catered to students. It is (Kambri) its own corporation now, which means it can charge student organisation its own prices for renting out its own spaces. Which is ridiculous. The negotiations with the ANU were very difficult, they clearly didn’t want us to continue our presence on campus. The fact that we’ve survived is quite literally a miracle. There’s so much more this Union can offer students in regard to affordability. Some people are paying their own rent, some people are working two jobs to be able to provide for themselves…..The last thing they want if they forget their lunch is to be paying $10-15 dollars for it.”

“Relaunch has that insider knowledge and experience, the fact that I’ve been sitting on the board for six months. I understand where the union is financially when the union launch will be, I’m already in those discussions. Relaunch is the only ticket that knows how we’ve been going over the past two years and the trajectory we want to be moving in. Unfortunately, our competition doesn’t quite know where the union is at. If we don’t relaunch the Union properly, it will die.”

“Hi, my name is Abby, and I’m a second-year student studying PPE! I’m really passionate about ensuring that the Union becomes more transparent and accountable, and about engaging with students so that everyone knows what the Union is and how it works!”

“I think that myself and the REVIVE ticket differ from other candidates in that we can offer a fresh perspective on the issues that face students. I can deliver new ideas and policies that will

REVIVE the Union, which has been declining over the past few years. I’m really passionate about affordability on campus and think that the price of food and drinks is one of the biggest issues at ANU currently. And this is why you should vote to REVIVE your Union, bring down these prices and inform students about what the Union is and how it works!”

on their Facebook pages. Voting is open at ANU Sport on Wednesday from 11-5 and 2-6 on Thursday.

The results have seen Abby Flynn , Zoe Ranganathan, and Nathalie Rosales-Cheng elected for two years, and Jane Boyer for one year.