A B&G Student Leader Was Removed From Their Position Last Week: Should They Be Allowed To Run Again? 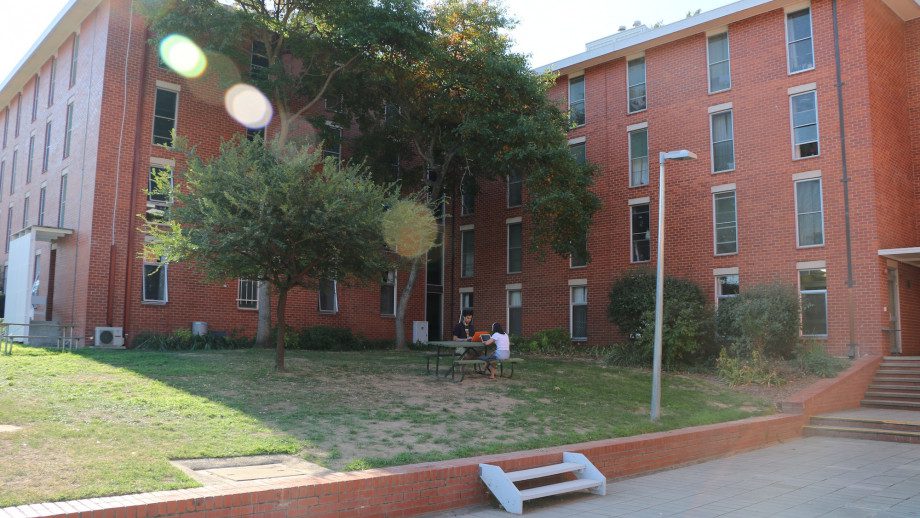 Last Thursday morning, the Burton & Garran Hall Members’ Association held a closed, emergency meeting where they asked the question: should their treasurer be expelled?

Over the course of two days, BAGMA student leaders discussed the question, seven individuals complained about their treasurer’s behaviour, and the treasurer spoke against these claims.

He was removed from college leadership in a closed vote, that required three quarters of BAGMA to agree.

Two days later, nominations for the vacant position opened. The process has raised some important questions — how should college leadership teams treat complaints against one of their members? And should those that are pushed out of college leadership be allowed to run again?

Students inside and outside of BAGMA have raised concerns about the fact that the ex-treasurer can run for the position from which he was removed.

In a statement that was released college-wide on Friday, BAGMA offered little detail on why they removed their treasurer:

“This member of BAGMA has exhibited an inability to fulfil the roles and responsibilities of their position and has conducted themselves in a manner which contravenes the standard of behaviour required by a member of BAGMA. Multiple complaints were received and BAGMA does not tolerate any conduct of this nature. This conduct was in strict violation of Chapter 1, Section 6a, 6c and 6d. It was on these grounds that a special vote was conducted.”

The parts of the constitution that BAGMA referenced are also non-specific. Section 6 says that all BAGMA members must act in the interests of the student body at all times, conduct themselves in a “professional manner”, and “provide a forum for students to discuss college policies, and to express their opinions safely and fairly”.

One of the original students that complained about the ex-treasurer’s actions told Woroni that it would be insensitive of him to run again. “Given the circumstances and given the situation, and the number of people involved in the situation that still sit on that committee, it’s quite an insensitive decision that I personally believe is counteractive to the committee’s interests,” the complainant said.

“I don’t know whether the system itself should change, because it’s based on procedural fairness and the ability to contest a decision that’s made on your behalf,” they added, referring to the silent vote that ultimately removed the treasurer.

The removal of the ex-treasurer has also raised questions about how student leadership organisations should treat abuse of power.

Woroni understands that BAGMA tries to maintain a standard around any inappropriate acts between student leadership and first years during O-Week. The internal convention is that student leaders should not engage in any inappropriate relations with incoming residents while in a leadership position. However, Woroni also understands that this rule has been treated with discretion in the past: in previous years, students on BAGMA have consistently disregarded this convention, and were not removed from the leadership group.

Woroni understands that it was allegations from seven individual complainants which motivated a motion of no confidence in the treasurer to be voted on by BAGMA.

According to multiple sources, the Burton & Garran Hall administration have plans to process these claims into incident reports.

In two instances, BAGMA did not hear the allegations directly, but instead learnt of the details through relayed information at their Thursday emergency meeting.

One claim was that in the new residents’ first week, the ex-treasurer kissed a first year student while out clubbing, breaching the aforementioned internal rule and abusing his power as a student leader.

Other claims were based more directly around the ex-treasurer’s capacity to perform his role: there were suggestions that shopping lists he drafted for O-Week were not to budget.

The president of BAGMA, Alex de Souza, argued that this was a considered decision. “The decision was not made lightly but we believe the member of BAGMA had conducted themselves in strict contravention of our constitution.”

When the above claims were put to the ex-treasurer, he chose not to comment:

“I’ve decided not to comment on any of these questions. I do not believe Woroni is the best place to defend myself.”

The ex-treasurer also said that “as of now” he had not renominated for the position of treasurer.

Nominations close on Sunday, and eligible students have the opportunity to nominate from the floor.

Woroni has decided not to name the treasurer in question.

Max Koslowski is the news editor at Woroni. He is a second year resident at Burton & Garran Hall. He does not hold a leadership position, and never has.