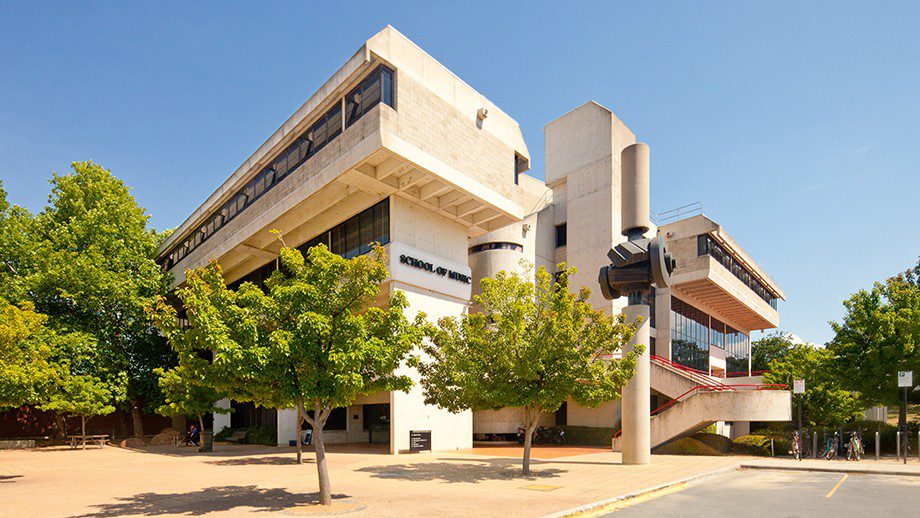 The roller coaster that is School of Music governance has taken another turn, with Kim Cunio announced as the new Head of Music. It follows unsubstantiated accusations of plagiarism against his predecessor Ken Lampl, who resigned on January 17. The School of Music has undergone review and reform since the highly publicised stoush between 2015 Head Peter Tregear and the ANU after his shock resignation.

Associate Professor Kim Cunio will be the new Head of Music for ANU, effective tomorrow, 1 February. The former Convenor of Musicology is known across many genres, and has worked with the likes of Nigel Butterly. His creations have been performed at the UN, National Gallery of Victoria and at the Olympics.

Cunio is also a senior lecturer for the School of Music and describes himself as a “committed educator,” invested in “emerging cultures, indigenous Australians and women”.

He has previously been involved with the School of Music’s renewal by spearheading a not-for-profit record label run by the ANU Press. The record label will begin releasing music this year.

The change in leadership is only the latest development for the strained School of Music. Ken Lampl resigned in January after taking over the job two years prior, following unsubstantiated allegations of copyright infringement in his Canberra Cavalry Song.

The song ‘Go Cavs Go!’ came under scrutiny for its similarity to the Chicago Cubs’ ‘Go Cubs Go!’ theme. He will remain at the school, pursuing creative projects.

In his tenure Professor Lampl navigated the repercussions of the shock resignation of Peter Tregear in August 2015. Tregear’s resignation led to several public denouncements of the School of Music, and eight resignations. Both Anne Ewing and David Pereira spoke to the Canberra Times in 2015 about cultural and financial issues which affected the lives of academics and students.

The role of Head of Music took 18 months to fill, and the subsequent criticism led to the 2016 Podger Report into the School of Music.  The damning report called for a total revamp of governance, funding, academics and community engagement.

“It is clear to me that the status quo is unacceptable,” Professor Podger said of the findings in 2016.

To read more about the Podger Report, click here.

The ANU then pledged a $12.5 million investment into the School of Music, and called for financial support from the ACT community to support the School.

“It is clear to me that the status quo is unacceptable,” Professor Podger said in 2016.

The ANU told Limelight Magazine last week that over 3 years “there has been a 195% growth in undergraduate commencing enrolments in music programs and 48% growth in total teaching load at the School of Music”.

In 2018 it was announced the popular high school program of the School of Music would be discontinued. The program allowed for private tuition and facilitation of group ensembles. This was caused by an ACT Government decision to shift funding. The ANU responded by promoting its ANU Music Development Program, which focuses on providing theoretical skills to high school students.

The cuts to the School of Music ironically coincided with the introduction of extra-curriculars to the ANU’s enrolment scheme, and followed calls from the Podger Report for improved community engagement.

This is the legacy that Kim Cunio inherits.