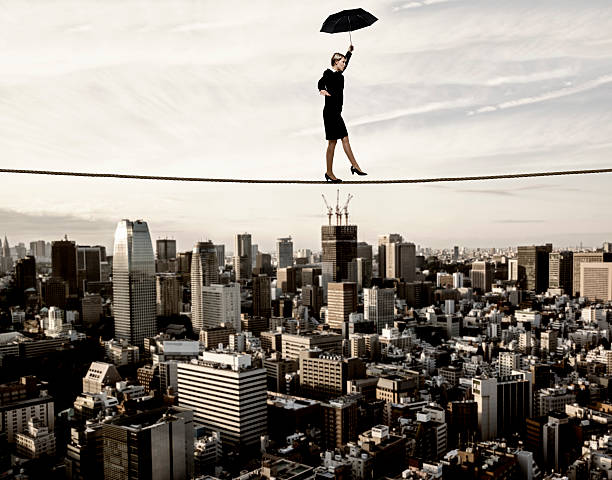 Women Politicians Made to Walk the Tightrope

Women politicians have long endured gendered and sexist media representations. Whilst there is an abundance of academic evidence to this claim, all you need do is look back to the Gillard era, or even pay attention to the media’s portrayal of UK’s Theresa May or the US’ Hillary Clinton, to see how women politicians fare in the mainstream media.

I am a product of the Gillard era. The years she was Prime Minister were also my formative adult years – that important time where you figure out who you are and make your own judgements of the society around you. The society around me, from age 17 to 20, was one of unprecedented misogyny toward Gillard. It shaped me to be a feminist fighter, and made me indignant of the way our society, and especially our media, treated her. It inspired me to focus my PhD on women Prime Ministers from Westminster democracies (Australia, the United Kingdom and New Zealand) and their media representations, analysing why they experience sexist and gendered coverage.

So why do women politicians experience gendered and misogynistic representations in the mainstream media? In my thesis, I theorise that it is because they’re a woman in a masculine dominated space. Parliament has always been a space made by men, for other men, and it still has ties to that history today. Whilst, yes, women are entering these spaces, and making space for other women to follow them, the political sphere is still seen as a highly adversarial and traditionally masculinised zone. This is made evident when we observe the way that political commentators talk about elections or feuds by using hegemonic masculine frames and employing sport analogies or metaphors, particularly those of a pugilistic nature. Language like this inherently ‘others’ women in these spaces as performing aggressive and stereotypical ‘male’ traits, directly contradicting the traditional femininity they’re expected to possess.

On the other hand, women politicians must also not be too ‘feminine’ – a phenomenon that has been coined ‘walking the tight-rope’. Basically, these women are expected to walk a ‘tight-rope’ between acceptable femininity (caring, empathy, compassion, passivity) and acceptable masculinity (strength, authority, decisiveness and determination). They have to balance their performance of gender in a way that will be deemed appropriate. If they’re too masculine they will be labelled bossy or a bitch, and if they’re too feminine they will be seen as weak and not up to the job.

I argue that walking this tight-rope is essentially impossible for a woman politician, because they are indeed a woman in a masculine space. It is because of this that they are seen as deviant and inevitably ‘fall’ from their tight-rope. Yes, these women can try and balance for quite some time, but they have to work twice as hard to be seen as equally competent – women, in any traditionally masculine field, are automatically seen as less competent, whilst men are automatically assumed to possess competency. Women can work tirelessly to cling to the tight-rope, but at the first sight of a wobble they will be seen as incompetent and not up to the job. Take a look at the recent debate between Presidential nominee Hillary Clinton and her opponent Donald Trump: whilst Trump was allowed to be aggressive, arrogant and unprepared, Clinton had to be completely prepared and on top of her brief, walking the tight-rope between appearing too ‘cold’ (masculine and bitchy) and too ‘caring’ (feminine and weak). When Clinton smiled too much, or as I call it – wobbled on the tight-rope – people thought she was condescending and arrogant (a trait that Trump is allowed to perform regularly).

The higher in the political echelons you rise, the harder and more precarious this tight-rope is. This is because women are taking up spaces that are seen as reserved for men – like the prime ministerial or presidential role. These spaces in Australia, New Zealand and the UK have continuously been occupied by men – specifically hegemonic white upper-middle class heterosexual men – and a woman body in this space is seen as different and is therefore ‘othered’, reinforcing the role as masculine and punishing or subordinating those who do not meet the criteria.

So what role does the media play in all of this? I theorise that, when these women wobble or fall from the tight-rope, and are seen as ‘other’ or deviant, and the media punishes them for their gender subversion through misogynistic and gendered coverage. To heavily paraphrase Judith Butler’s theory of gender performativity, what we associate with ‘feminine’ and ‘masculine’ traits is reinforced by dominant social structures that privilege or empower those who follow the norm, whilst disempowering or punishing those who deviate. Those who subvert gender norms are seen as illegitimate and a threat to the so-called ‘stability’ of traditional gender identities. Butler theorises that incorrect gender identities initiate a set of punishments, which I argue is what occurs when women politicians, especially Prime Ministers/Presidents, fail to follow the illusion of ‘natural’ gender roles.

In other words, the media acts as a sort of protector of societal gender norms and punishes those who deviate in order to make sure our norms keep on ticking. Whether they know it or not, they are essentially protecting the gender binary, whilst also ensuring men remain in power. Though the media may not know that they are responsible for this, and while they may contend that their reasons are due to ‘political scandals’ or the truism that sexism sells, they are playing their role as gatekeeper and enforcer of gender norms… though this is slowly changing.

So where to conclude?

Women politicians are expected to perform the impossibly perfect amount of masculinity and femininity in order to be seen as successful (and more importantly, not deviant).

Women politicians have to work harder than their male counterparts to be seen equally as valid or competent.

It is an extremely treacherous path that these women have to cross due to their precarious relationship with acceptable gender performances and gender deviance.

This is all quite depressing, so I shall finish on a high point. Gender, according to Butler, is constantly changing with every iteration. When more women enter politics, and especially when they hold the ‘top job’, this will be increasingly seen as the norm, and will destabilise the rigid societal expectations of a ‘masculine’ parliament and Prime Ministerial role.