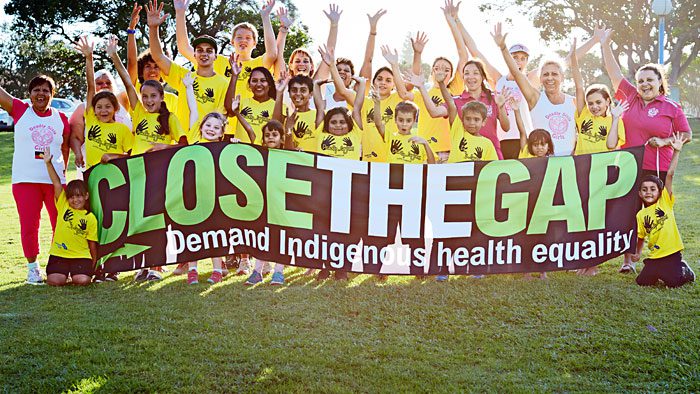 Kieren is a 21 year-old 4th Year Commerce/Law student at the ANU. Originally from Cowra in Central West NSW, he is a proud Wiradjuri man.

Indigenous people are twice as likely to drop out of high school as every other Australian.

Indigenous people are three times as likely to contract a deadly infection.

It sounds pretty bleak. The oldest surviving culture in the world reduced to a few figures that define a whole group of people. A group of people who are constantly told that they are disadvantaged, less educated, less healthy and unable to make it in modern Australia. Is it any wonder these figures are still so prominent?

I have no doubt that the ‘close the gap’ campaign comes from a place of well-meaning and a desire to create a fairer and more just society for all Australians, but it is one that is shrouded in negative discourse. This negative discourse is something that has come to plague Indigenous Australians in modern Australia.

Think about yourself for a moment. Imagine if you woke up every day and walked into school to have a teacher tell you the same thing: that you weren’t smart enough and you needed help. My bet is that eventually you would begin to believe them. If we apply this same line of thinking to Indigenous Australia we shouldn’t expect a different result.

I am lucky that I grew up in a household where my mum and my step-dad taught me to be proud of my Aboriginality. They also gave me everything I needed in order to be successful. Importantly, these things were never offered to me as mutually exclusive. It wasn’t until later in my schooling that I started to hear the phrase ‘close the gap’, but by this stage, I was already one of the top students at my school.

Upon arriving at University I started to see it pop up more. Helping the ‘less fortunate’ is the flavour of the week on a regular basis at University, and apparently well-meaning discussions around ‘closing the gap’ have become more prominent. But as Indigenous organisations are now also endorsing this philosophy, everyone in Australia – including Indigenous Australia – has accepted that there is a gap.

That refrain never affected me, because I was taught what it meant to be Aboriginal by strong Aboriginal men and women who all succeeded in modern Australia not in spite of their Aboriginality, but because of it.

So, what would happen if we ditched the negative discourse and replaced it with positivity? The statistics I mentioned at the start of this article are worrying. Injustice and inequality are important to be aware of, but how about these two:

Not enough do we hear stories of Indigenous success and advantage, very often due to the centrality of negative discourse in mainstream Australia. Aboriginal people have what it takes to be successful and it’s not up to white Australia to save Indigenous people. Everyone has a part to play when it comes to smashing inequality, but inequality isn’t the whole picture. That’s just the kind of image negative discourse portrays.