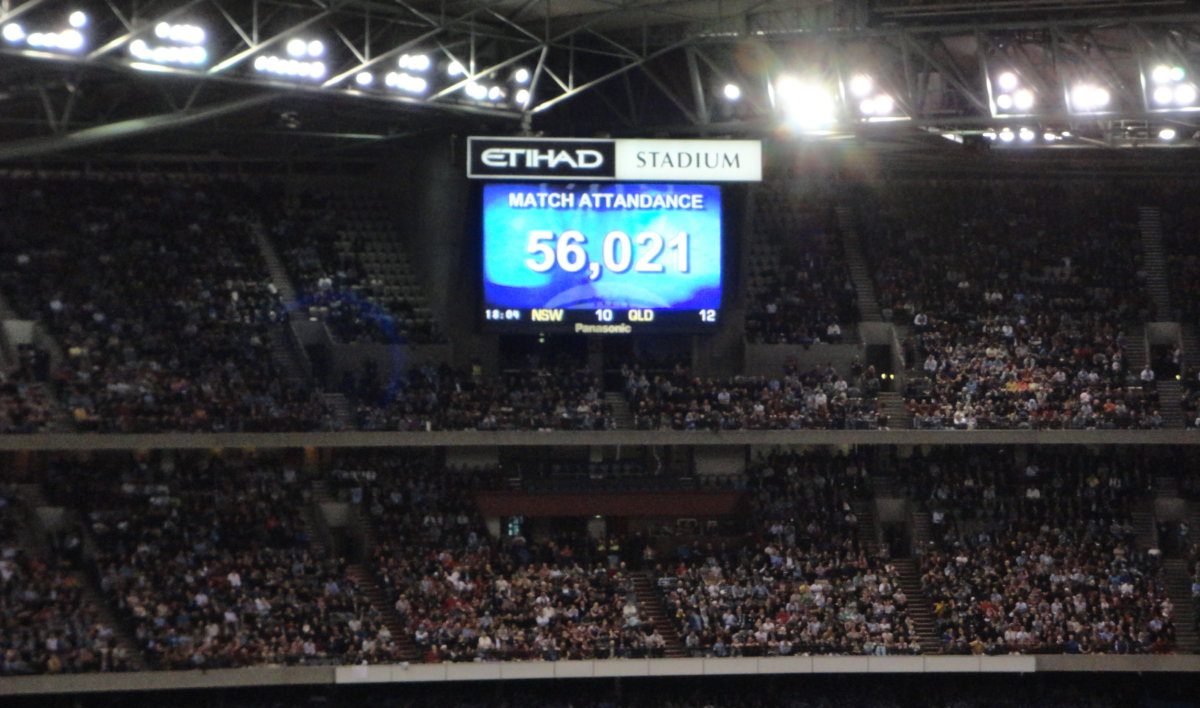 Why Is The State of Origin So Successful?

The State of Origin is without a doubt the pinnacle of rugby league. The annual best-of-three Australian rugby league series involves two rival states, NSW and Queensland; the Blues and the Maroons; the cockroaches and the cane toads.

The popularity of this state versus state contest is unique to rugby league and largely unparalleled across Australian and international sporting competitions. Of those attempts to emulate the formula, none have even come close. No other sport sees international players, such as New Zealand’s Josh Hoffman or Papua New Guinea’s Adrian Lam, publicly expressing a wish to play not only for a foreign nation, but for a foreign nation’s state. By way of example, imagine an All Black expressing a strong desire to play in an NSW v Queensland rugby union match. It certainly seems unlikely.

In direct comparison to other sport’s non-international all-star or representative games, the State of Origin is on a different level. Players routinely miss up to three regular season games over the course of the year, thus significantly weakening their respective club’s performances in those weeks. In other sports, such as football, representative games are played on stand-alone weekends while, Australian-centred sports such as Aussie Rules, tend to leave international fixtures until the post-season. Yet, in this case, tens of the best players in the game take a week off from playing for their clubs to play for their state. No other sporting code deals with such a concern.

The dominance and pull of the State of Origin are borne out by the facts. Attendance during the second game of this year’s series broke records, with 82,259 people attending Sydney’s ANZ Stadium. 185,189 people attended the three games combined, and game three was the most viewed television event of 2017. Now, compare these figures with those of international test matches this year: when Australia played New Zealand in Canberra, 18,000 spectators watched on; 72 per cent of the stadium’s capacity. During Origin, it is an utter disappointment if the games do not sell out.

So, this begs the question, how can a state rivalry garner greater regard than international fixtures and, in the process, be allowed to strip the national club competition of its best players for at least three weeks every year?

One reason is the formation and structure of Australian rugby league. The success of NSW and Queensland’s clubs has seen them rise to be the two most dominant states in the league for more than a century, with the State of Origin existing as a formal competition for almost half that time. The NRL itself primarily operates in NSW and Queensland, with only three of the sixteen teams located outside these two states. Hence, any other sporting code’s attempts to create a similar series would be met with less complication for the domestic competition as, in the case of AFL for example, players originate either from Victoria (who would most likely dominate an Origin-style competition) or a variety of other states. A two-team state versus state rivalry is not so organic there. In other codes, such as union, cricket and football, players not only develop in different regions of Australia but around the globe. A state versus state rivalry would seem even more contrived in their case.

In addition to the historical development of Australian rugby league, there is another factor that truly stands out – the enjoyment of the game that it brings. Though to the frustration of week-in-week-out rugby league supporters, the State of Origin, as the game’s showcase, attracts everyday viewers around the country. The build-up lasts for weeks, the contests are heated, and the players’ skills are apparent. The enamoured fan will travel hundreds of kilometres to games, buy hundreds of dollars worth of merchandise (jerseys can sell for $160, if not more) and spends countless hours re-watching highlights and analysis. It is an economic boon for the NRL and a unique experience for the rugby league fan. Though one of the most popular sports in the country (on the east coast, it’s the preferred), the experience of sold-out stadiums and elite-level football are reserved largely for the State of Origin, the finals or the odd domestic game. Of these, however, only Origin produces this with almost certainty.

Origin is a fascinatingly unique part of rugby league in this country and unparalleled globally. While some things remain the same – fans will watch the game with interest, complain about the opposition and the referee – something makes Origin particularly special. As the rugby league season comes to an end, it’s particularly telling that the thing many fans look most forward to next year is not the new NRL season, it’s the thought of their respective state getting over the line and winning the State of Origin shield. That’s what makes Origin so distinctive.