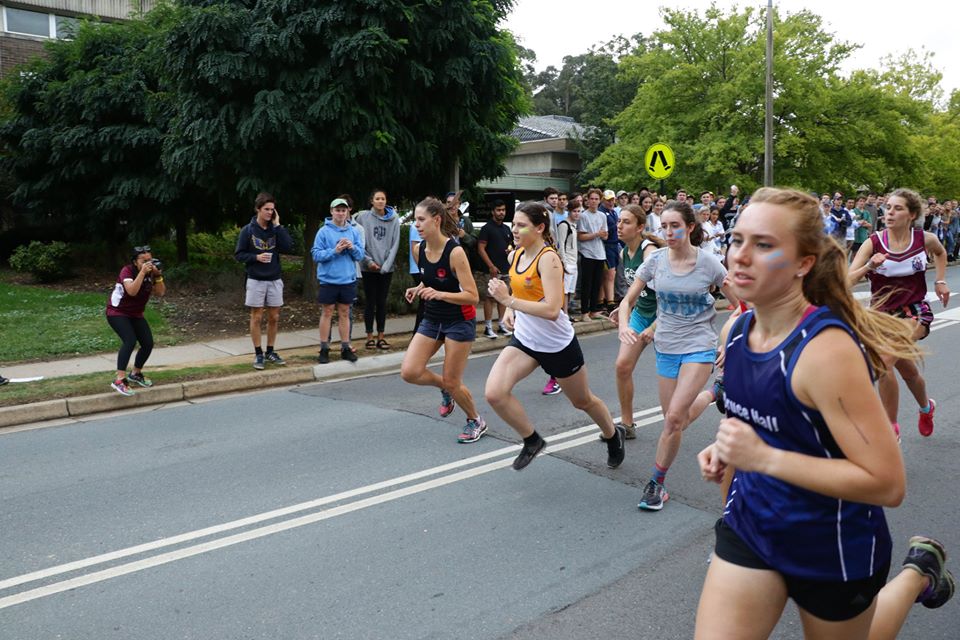 Term one is jam-packed with Interhall Sport. Social lawn bowls the first event of the year, taking place in week one. This is followed by, Frisbee, Touch Football and Road Relay; with Volleyball finishing off the term in place of tennis (which will now be played in term four). Interhall Sport is built upon sportsmanship, a culture of friendly rivalry and everyone having a go, which makes you all so essential to it running smoothly and successfully! I look forward to seeing you all out on the field again after such a long break, and next up are the college previews.

After last year’s victory for the men and the strong performance for the women in touch football, the Vipers are confident. With the superstars Pat McCallum and Teddy Johnson leading the line and Polly Sayers taking charge, they believe they have a great chance of taking home the big win. Unilodge can only go upwards in its quest for the top spot this year, having come seventh on the shield in 2017. With ex-private school captain of volleyball Will Noonan leading the team, this may be their year. After a while on the sidelines over the holidays, Lodge is ready and raring to get some distance in their legs. With runners like Isabel Marsh and Jon Settle, Lodge is sure to produce some strong competition in Road Relay.

Burg’s disc team is aiming for nothing lower than the top spot however they must face an incredibly tough pool in order to get there. Coaches Edward Treloar and Tash Salisbury are confident their team has what it takes. In the volleyball, no doubt superstar Margaux Huey will be an asset for the girls team and they are looking forward to seeing Seb Szambowski graduate from star player to coach. The new residents program is already unveiling some keen touch players who will no doubt boost the college’s performance. Rumours are also circulating that boys touch coach Nick Finney’s search history is filled with nothing but touch footy videos. The college expects big things from its Road Relay team in 2018. The college has again made special room changes to place star runner Josh ‘Stevo’ Stevenson in a top floor room, aka ‘the 3B altitude chamber’.

Under the watchful eyes of coaches Keny Arcangeli and 2017 Best & Fairest winner Kimberly Dunbar, the Griffin Volleyballers now have plenty of players, among them Maddie Kibria and Michael Liang with match experience, looking to get some massive kills. In Road Relay, expect another Griffin win this year as running away from their uni work has only made the team faster than last year, led by star runners Jonathan Fearn and Jess Ronan. The Griffin Touch teams have only improved on last season with key players Monica Pascoe and Angus Proudfoot returning for this year’s tournament. Building off a close final loss last year, the Griffin Frisbee team is still one to watch out for with a lot of strong additions to the team, guided by key player returning from injury, Chris Jende.

Ursies will have all the halls quaking in their boots this term. In Road Relay, the team is keen to improve on our finish of fifth last year, with Tom ‘the Tuckwell Triathlete’ Driscoll leading from the front. Yet to discover a new handler after their star American import left last year, the Frisbee team will be reliant on a great intake of first years to beat more teams than just Fenner this year. Moving on to Touch, the men’s team is eager to get a win this year, which should be possible with the crucial input of Reg Wintle and Zac Duchen. The girls are looking to better their sixth place finish in 2017 and will be guided by Nila Norbu. Volleyball is also looking promising this year, with ex-ressies Gaia Ewing and coach Marcus Dahl key to their success on the court.

The combination of experienced coaches Dawn and Broden, with a hoard of new energy-filled first years, should lead to a steady improvement in Volleyball for Bruce this year. With an all-star disc team (literally the majority of ANU Ultimate) ready to whip incoming first years into shape, coaches Maya Suzuki and Patrick Phillips are confident in Bruce’s ability to continue last year’s legendary undefeated season. Players to look out for include Rosie Happ and Pat Phillips. Bruce Hall will also be a force to be reckoned with this Touch season. With the girls’ placing a record second last year, they are hungrier than ever to be named this year’s champions and hold the trophy high. The men’s team will see the introduction of rugby prodigies amongst the first year cohort, with some returner talent being formidable as ever.

After a huge Frisbee season last year, this Fenner side is ready to return to winning ways, with Kelvin ‘The Hawk’ Cui’s rapid speed their primary offensive weapon. They will continue to prove themselves in volleyball, as Maree Armstrong’s tenacity and awe-inspiring jumping technique will strike fear into the hearts of the opposition. Fenner Touch will look to improve on previous seasons, as star player Lachie Jones and the teams will raise their hair game, as well as their A-game. Road Relay will be very competitive this year, serving as a prime IB scouting opportunity, with Maddie Wait being the engine of this quality machine.

Johns has a strong team for Volleyball this year, with Ruairi Biollo looking sharp for the boys team, and Bella Happel for the girls. Last year, Johns trained hard for Road relay coming out with a placement of fourth. They will train harder this year with a team of true athletes, led by Jess Raupach and Yoann Colin. The Johns girls are aiming for their 10th consecutive win in touch this year, and the boys are keen to do better than last year’s second place. Watch them come out firing, with Claudia Hodge and Sean Slocombe ones to watch. Johns will make your heads spin with the fresh talent they are bringing to disc this year. Watch out for devoted returners like Mimi Hall playing alongside first years just as eager to take out the title!

Get ready for another nail biting term ahead for B&G! With a promising new pool of ressies and fiery returners, B&G will put up a fight. Keeping the momentum of volleyball in 2017, D’arcy Taylor and Zoe Oldfield will not back away from the net. Turning up the heat in touch, look out for Brooke Farr and Angus Headon to continue their consistent play on the field. Yet again, B&G will bring their A-game with the likes of Mambo Wiya and Alice Patterson-Roberts defying wind in Ultimate Disc to lead them to success. Pushing through the very tight finish from last year, B&G Road Relay team is looking straight to the finish line with the likes of IB go-getter Kieran Casey.