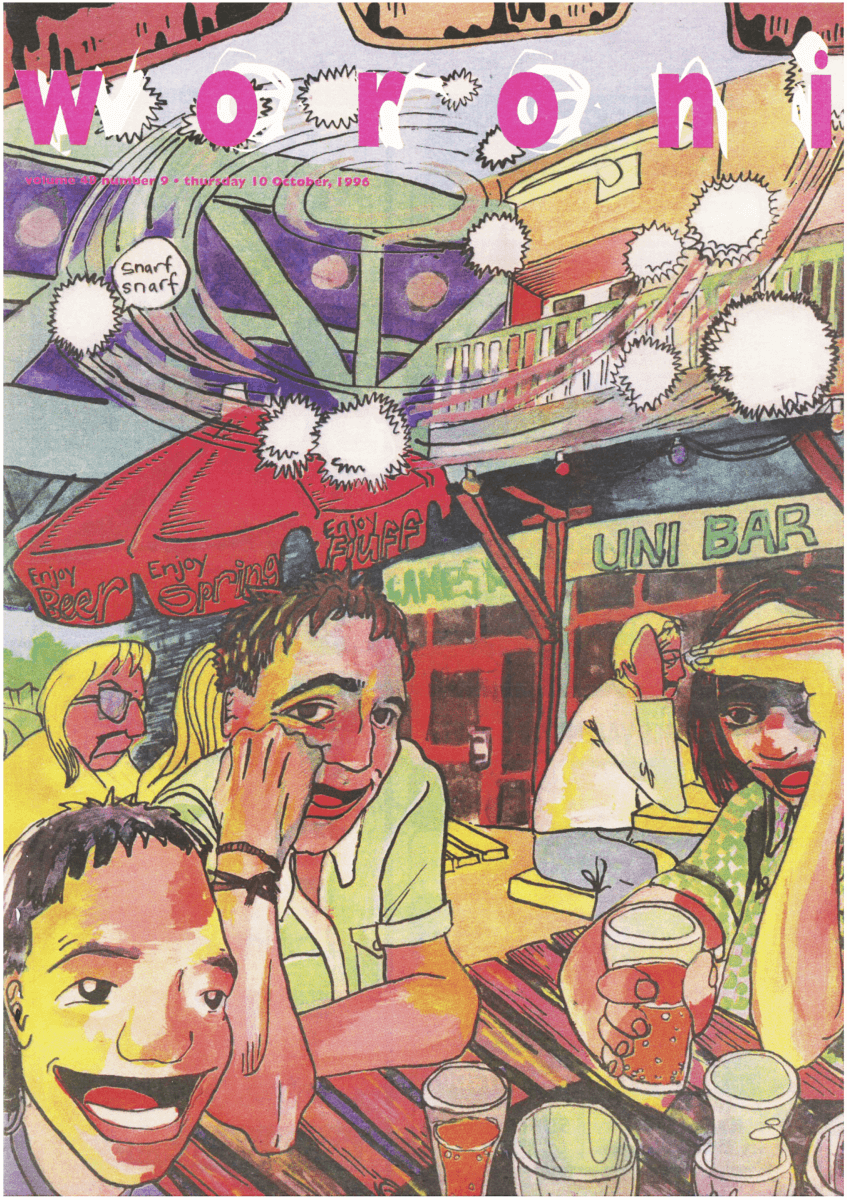 Coming back from a semester abroad in England, I was more or less restarting my ANU life with a fresh clean slate as I began the year with no extra-curricular obligations. After seeing a Facebook post calling for new people to join the team, I decided to take a chance and apply for a role at Woroni. I started as a content sub-editor for the International section before moving onto a role managing social media. Overall, I can say that I’m proud of myself for taking this leap! Time has gone by quickly, and my one year here has been quite an eye-opening experience. As part of the Woroni-themed pull-out I want to reflect on a few things I’ve learned along the way:

The Woroni office is currently located under Lena Karmel Lodge (in case you couldn’t tell by the outside markings). To an off-campus student, it’s a very nice and central location from classrooms and the bus stops. Between the TV and radio studios, the biggest bonus is arguably the physical archives of every printed edition of the newspaper we’ve put out so far! The most recent addition to our office décor are framed photographs of authority figures: the Queen and our very own Vice-Chancellor. Woroni will officially relocate to Kambri next year, leaving me in anticipation to see what the new office will be like.

Starting out as a new addition to the team can be a little frightening at first, especially if it feels like there are a bunch of people who have known each other for ages. But hang around the office long enough, and you’ll meet some nice new friends to have a yarn about nearly anything with.

If you look at the previous editions of the newspaper, you’ll realise that gradual adjustments are made. Ranging from the subtle additions in more art to the introduction of the multilingual section, Woroni has certainly evolved to encompass great change. Perhaps the biggest change: Woroni will be undergoing a shift to magazine format next year!

You Learn Plenty of New Skills

On the content team, being in charge of sourcing and proofreading led me to adopt skills aplenty. While it does take some time to learn, I’ve been able to pitch articles to people and work more collaboratively with different groups while suggesting improvements to be made. While sourcing for your next edition means thinking one step ahead, sadly this has not translated to me preparing for real world assignments.

You Write a whole lot More

Last year, I realised one of the many university bucket list goals I wanted to do was write for the newspaper. I managed to cop a movie review after being deeply fascinated by how it was shot cinematically. It took me somewhere between two to three days to write. Now, after proper practice, it doesn’t take me longer than two hours to write something I’m proud of (with some procrastination in between).

This year, Woroni’s Facebook page experienced a small increase of 400 likes! While it sadly won’t happen in my term as a social media sub-editor, I believe we will soon be hitting 10,000 likes: a cause for celebration. Please invite your best friends, housemates, and worst enemies to help us achieve this highly coveted milestone!   Brandon Tan was Woroni’s Social Media Sub-Editor for semester two 2018. To join team Woroni for 2019, head over to our Team Page to see all positions available.